Climate Change vs. Weather Emergencies from the perspective of environmental humanism

Humans, like all species, have an impact on the planet. We cannot live without producing the material values that our survival requires: food, shelter, medicine, different forms of energy, etc. We produce those values by thinking: identifying substances (such as plants and minerals) in nature and converting them into resources (such as food crops or energy) for creating products and services.

Human industrial activities – creating and trading product and services – have also some unavoidable negative consequences, such as air and water pollution. Such pollution, or not using resources responsibly, is not in our interest.

But because we can think – use reason, we can minimize any negative impacts so that the benefits of production and trade far outweigh the negatives. Consider the technological solutions that we have invented, such as scrubbing emissions from coal-burning power plants, making wastewater potable, or using resources (such as fossil fuels) more efficiently and thus making them more abundant and less costly. Pollution has decreased significantly, and the use of resources has become much more efficient in the last decades because of technology.

Climate change is the most prominent environmental issue in the public discourse today. Most media, and accordingly, most people seem to take for granted that we are living in a climate emergency.  The argument is that such a crisis is caused by humans burning growing amounts of fossil fuels that increase the amount of CO2 in the atmosphere, raise the global temperature, and create catastrophic weather events, such as floods, droughts, and hurricanes.

For 26 consecutive years, the UN has held climate summits where world leaders and environmentalists have gathered to make or demand promises to cut CO2 emissions and urge people to drive less, to heat/cool their homes less, to quit eating meat, and in general, to consume less of anything.  This hasn’t succeeded, because people need energy to live, and so far, the fossil fuels are the only plentiful, reliable, and affordable source of energy. The developing countries need such energy to lift their people out of poverty. As long as this is the case and in the absence of alternative energy sources, fossil fuels will be used.

Although the man-made climate crisis is the dominant narrative, it is challenged by many climate scientists, including the authors of the IPCC report. They refer to facts such as the following:

Also, the latest IPCC report on climate change (written by scientists) states (p. 60, chapter 8, as Ross McKitrick reports in a Financial Post column) that the atmospheric rivers from the Pacific [which caused significant precipitation in B.C. recently] “have become more frequent since 1948 but there is low confidence in the size of this trend and any changes have not been attributed to human-caused warming [emphasis added].

In other words, according to McKitrick, “We have always had extreme weather and always will.” But our ability to deal with it is now much better, as author Alex Epstein notes, thanks to technologies and equipment we have developed and the fossil fuel energy that powers them and the emergency responses.  As destructive as floods, droughts, and hurricanes are, far fewer human and animal lives are lost in them today than in 50 or 100 years ago.

Instead of making fighting climate change the (futile) goal, we should pursue human flourishing and adapt to the changing climate by inventing solutions that make flourishing life possible. That would also help us prevent and be prepared for real weather emergencies.

Is it true that ending fossil fuels will stop global warming? 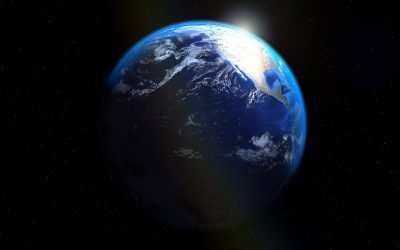 What Is the Best Way to Manage Climate Danger?

The best way to manage climate danger is climate mastery. 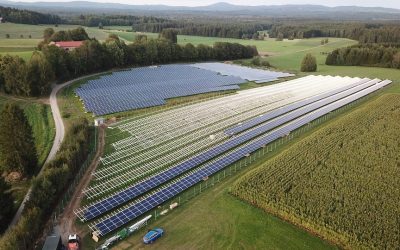 U.S. Needs To Deal with the Waste and Pollution From Green Technologies