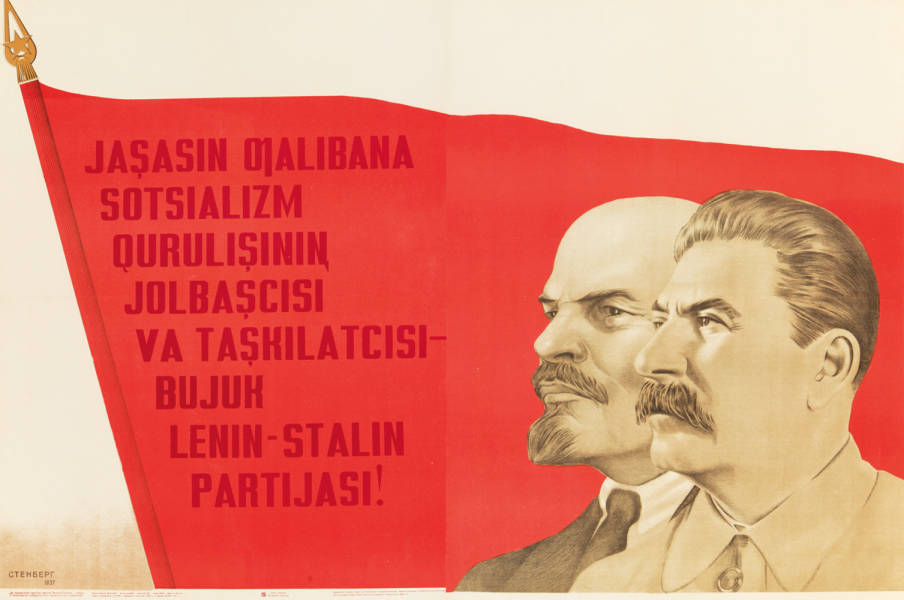 Excerpt is from “Economic Calculation in the Socialist Commonwealth” (1920) by Ludwig von Mises.

4. Responsibility and Initiative in Communal Concerns

The problem of responsibility and initiative in socialist enterprises is closely connected with that of economic calculation. It is now universally agreed that the exclusion of free initiative and individual responsibility, on which the successes of private enterprise depend, constitutes the most serious menace to socialist economic organization. [14]

The majority of socialists silently pass this problem by. Others believe they can answer it with an allusion to the directors of companies; in spite of the fact that they are not the owners of the means of production, enterprises under their control have flourished. If society, instead of company shareholders, becomes the owner of the means of production, nothing will have altered. The directors would not work less satisfactorily for society than for shareholders.

We must distinguish between two groups of joint-stock companies and similar concerns. In the first group, consisting for the large part of smaller companies, a few individuals unite in a common enterprise in the legal form of a company. They are often the heirs of the founders of the company, or often previous competitors who have amalgamated. Here the actual control and management of business is in the hands of the shareholders themselves or at least of some of the shareholders, who do business in their own interest; or in that of closely related shareholders such as wives, minors, etc. The directors in their capacity as members of the board of management or of the board of control, and sometimes also in an attenuated legal capacity, themselves exercise the decisive influence in the conduct of affairs. Nor is this affected by the circumstance that sometimes part of the share-capital is held by a financial consortium or bank. Here in fact the company is only differentiated from the public commercial company by its legal form.

The situation is quite different in the case of large-scale companies, where only a fraction of the shareholders, i.e. the big shareholders, participate in the actual control of the enterprise. And these usually have the same interest in the firm’s prosperity as any property holder. Still, it may well be that they have interests other than those of the vast majority of small shareholders, who are excluded from the management even if they own the larger part of the share-capital. Severe collisions may occur, when the firm’s business is so handled on behalf of the directors that the shareholders are injured. But be that as it may, it is clear that the real holders of power in companies run the business in their own interest, whether it coincides with that of the shareholders or not. In the long run it will generally be to the advantage of the solid company administrator, who is not merely bent on making a transient profit, to represent the shareholders’ interests only in every case and to avoid manipulations which might damage them. This holds good in the first instance for banks and financial groups, which should not trifle at the public’s expense with the credit they enjoy. Thus it is not merely on the prescriptiveness of ethical motives that the success of companies depends.

The situation is completely transformed when an undertaking is nationalized. The motive force disappears with the exclusion of the material interests of private individuals, and if State and municipal enterprises thrive at all, they owe it to the taking over of “management” from private enterprise, or to the fact that they are ever driven to reforms and innovations by the business men from whom they purchase their instruments of production and raw material.

Since we are in a position to survey decades of State and socialist endeavor, it is now generally recognized that there is no internal pressure to reform and improvement of production in socialist undertakings, that they cannot be adjusted to the changing conditions of demand, and that in a word they are a dead limb in the economic organism. All attempts to breathe life into them have so far been in vain. It was supposed that a reform in the system of remuneration might achieve the desired end. If the managers of these enterprises were interested in the yield, it was thought they would be in a position comparable to that of the manager of large-scale companies. This is a fatal error. The managers of large-scale companies are bound up with the interests of the businesses they administer in an entirely different way from what could be the case in public concerns. They are either already owners of a not inconsiderable fraction of the share capital, or hope to become so in due course. Further, they are in a position to obtain profits by stock exchange speculation in the company’s shares. They have the prospect of bequeathing their positions to, or at least securing part of their influence for, their heirs. The type to which the success of joint-stock companies is to be attributed, is not that of a complacently prosperous managing director resembling the civil servant in his outlook and experience; rather it is precisely the manager, promoter, and man of affairs, who is himself interested as a shareholder, whom it is the aim of all nationalization and municipalization to exclude.

It is not generally legitimate to appeal in a socialist context to such arguments in order to ensure the success of an economic order built on socialist foundations. All socialist systems, including that of Karl Marx, and his orthodox supporters, proceed from the assumption that in a socialist society a conflict between the interests of the particular and general could not possibly arise. Everybody will act in his own interest in giving of his best because he participates in the product of all economic activity. The obvious objection that the individual is very little concerned whether he himself is diligent and enthusiastic, and that it is of greater moment to him that everybody else should be, is either completely ignored or is insufficiently dealt with by them. They believe they can construct a socialist commonwealth on the basis of the Categorical Imperative alone. How lightly it is their wont to proceed in this way is best shown by Kautsky when he says, “If socialism is a social necessity, then it would be human nature and not socialism which would have to readjust itself, if ever the two clashed.” [15] This is nothing but sheer Utopianism.

But even if we for the moment grant that these Utopian expectations can actually be realized, that each individual in a socialist society will exert himself with the same zeal as he does today in a society where he is subjected to the pressure of free competition, there still remains the problem of measuring the result of economic activity in a socialist commonwealth which does not permit of any economic calculation. We cannot act economically if we are not in a position to understand economizing.

A popular slogan affirms that if we think less bureaucratically and more commercially in communal enterprises, they will work just as well as private enterprises. The leading positions must be occupied by merchants, and then income will grow apace. Unfortunately “commercial-mindedness” is not something external, which can be arbitrarily transferred. A merchant’s qualities are not the property of a person depending on inborn aptitude, nor are they acquired by studies in a commercial school or by working in a commercial house, or even by having been a business man oneself for some period of time. The entrepreneur’s commercial attitude and activity arises from his position in the economic process and is lost with its disappearance. When a successful business man is appointed the manager of a public enterprise, he may still bring with him certain experiences from his previous occupation, and be able to turn them to good account in a routine fashion for some time. Still, with his entry into communal activity he ceases to be a merchant and becomes as much a bureaucrat as any other placeman in the public employ. It is not a knowledge of bookkeeping, of business organization, or of the style of commercial correspondence, or even a dispensation from a commercial high school, which makes the merchant, but his characteristic position in the production process, which allows of the identification of the firm’s and his own interests. It is no solution of the problem when Otto Bauer in his most recently published work proposes that the directors of the National Central Bank, on whom leadership in the economic process will be conferred, should be nominated by a Collegium, to which representatives of the teaching staff of the commercial high schools would also belong. [16] Like Plato’s philosophers, the directors so appointed may well be the wisest and best of their kind, but they cannot be merchants in their posts as leaders of a socialist society, even if they should have been previously.

It is a general complaint that the administration of public undertakings lacks initiative. It is believed that this might be remedied by changes in organization. This also is a grievous mistake. The management of a socialist concern cannot entirely be placed in the hands of a single individual, because there must always be the suspicion that he will permit errors inflicting heavy damages on the community. But if the important conclusions are made dependent on the votes of committees, or on the consent of the relevant government offices, then limitations are imposed on the individual’s initiative. Committees are rarely inclined to introduce bold innovations. The lack of free initiative in public business rests not on an absence of organization, it is inherent in the nature of the business itself. One cannot transfer free disposal of the factors of production to an employee, however high his rank, and this becomes even less possible, the more strongly he is materially interested in the successful performance of his duties; for in practice the propertyless manager can only be held morally responsible for losses incurred. And so ethical losses are juxtaposed with opportunities for material gain. The property owner on the other hand himself bears responsibility, as he himself must primarily feel the loss arising from unwisely conducted business. It is precisely in this that there is a characteristic difference between liberal and socialist production.

Excerpt is from “Economic Calculation in the Socialist Commonwealth” (1920) by Ludwig von Mises.