A look at the actions of the Chinese Communist Party through a "public choice" economics lens. 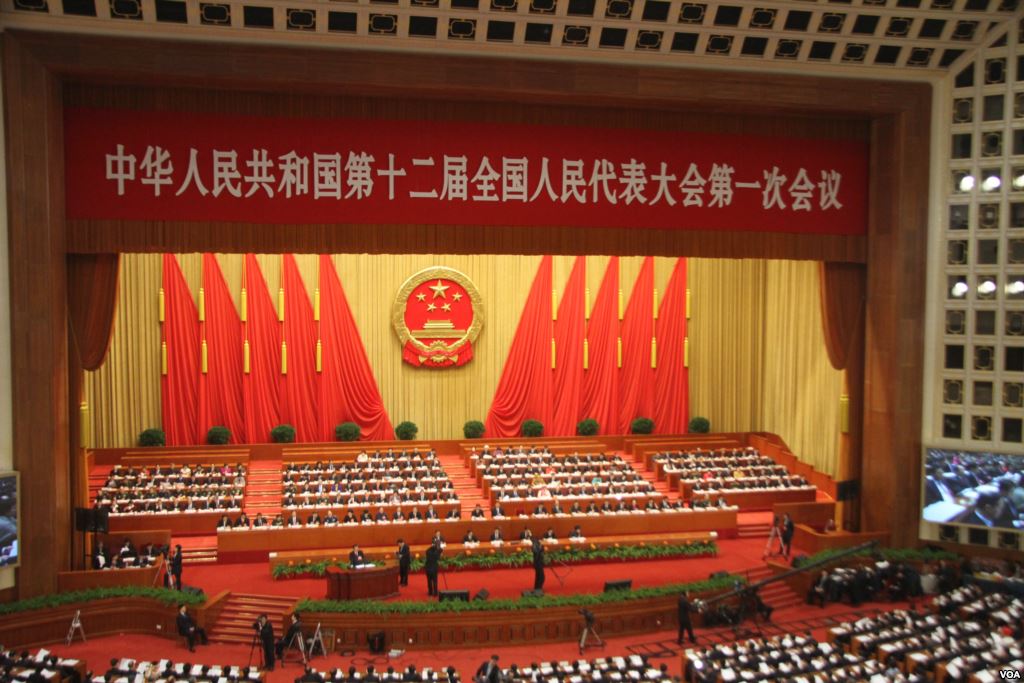 The rise of the People’s Republic of China since 1949 may make it seem like communism works. The Chinese Communist Party, though, largely abandoned radical socialism in favor of markets in 1978. In order to justify the use of capitalist policies, the CCP now claims they are employing “socialism with Chinese characteristics.” Despite their assertions, it is clear China has not discovered a new frontier of political economy. Instead, it has conformed to a system of sheer pragmatism that pays tremendous deference to the rules of political science and economics rather than rewriting them. Although some may say that the Chinese government acts in ways that outsiders cannot understand, public choice makes clear why the CCP behaves as it does. Rather than upending the field of political economy as we know it, Beijing makes policies that accomplish rational objectives within the institutional constraints of a Leninist system, a system that prioritizes the preeminence of single-party rule and establishes vast discretion for political actors to pursue power maximizing goals. Although Chinese leaders follow structural incentives, they are not constrained by liberal institutions such as an independent court system or a strong separation of powers. Instead, CCP decision-making seems to be primarily guided by internal party politics and the need to respond to broader issues facing Chinese society.

Although Leninist doctrine may inform the CCP’s policy objectives, it is clear that the party, and Xi Jinping in particular, embrace pragmatism. Leninism as an ideology gives considerable leeway for political leaders to exercise discretion in forwarding the objectives of the state. Lenin advocated for a strong single-party rule across public as well as private life, pragmatism in pursuit of Communist utopia, and the use of capitalism to strengthen a Socialist society. Cary Huang from the South China Morning Post, notes,

China is now more a Leninist capitalist state than a Marxist socialist one, as its burgeoning middle class, calculated to reach 800 million in one or two decades, jumps aboard the capitalistic consumerism train under the stewardship of communist totalitarianism – Leninism’s lasting legacy.

Although some derivative of Leninism may form the structural core of the CCP, the individuals within that system make rational, self-interested decisions. The organs of a Leninist system certainly exist, such as an authoritarian central government with the ability to strongly regulate social and economic life. Beijing also maintains the Chinese People’s Political Consultative Conference, which functions to further align the private sector with the CCP by capturing the interests of civil society leaders. However, much like any country, China’s government is not a political monolith, but filled with competing actions and ideas. Furthermore, visionary chief executives like Xi, Mao, or Deng Xiaoping can radically shift the direction of the country by setting policy objectives. This heterogeneity makes decision-making even more about pragmatic governance within the structural boundaries of the political system, rather than an ideological vision.

China’s leaders are enacting policy insofar as it prolongs the long-term stability of the party and the interests of those within it. The most important objectives are delivering on economic growth, maintaining social control, and increasing global influence. A recent example of this pragmatism would be the rise in Chinese nationalism that has taken place under the leadership of Xi. Traditionally, nationalism is contradictory to the internationalist ethos of Socialism. However, whipping up a nationalist fervor makes sense in the face of mounting external pressure, slowing economic growth, and concerns over national cohesion.

For any regime, delivering on economic growth and other desirable metrics, such as international prestige, are crucial for staying in power. Instilling nationalism can be a helpful tool to capture the imaginations of the population when progress begins to slow.

Viewing the CCP’s policies in the aggregate furthers this notion of pragmatic governance. Beijing’s policies follow an economic balancing act of liberalization as far as it promotes growth and control as far as it guarantees stability. Economic growth is necessary to maintain the party’s legitimacy, and social control is required to keep the party unchallenged. In addition, creating a military just powerful enough to establish an Asian sphere of influence affords China sufficient strategic power without being excessive. Finally, China’s economic engagement with the world ensures that other countries are incentivized to support the CCP’s objectives.

Some may call this a brilliant master plan; the reality is that Beijing is simply making the most rational moves for a country in its position. Melvyn Leffler, a history professor at the University of Virginia, contends that China’s foreign policy behavior is similar to the US’s Monroe Doctrine. As a country approaches regional hegemony, it becomes advantageous to create a sphere of influence and expel potential adversaries from the region.

Beijing understands the productive power of markets, the liberalizing effects of prosperity, and the basics of international relations. However, that also means that they are not immune from the negative implications associated with their policies. For example, China’s rapid growth is partly due to heavy central bank lending, the use of state-owned enterprises, and Keynesian-style infrastructure investments. Aggressive spending policies may give the CCP an immediate image of prosperity, but it has also led to fundamental flaws in the economy. On that end, the prevalence of “zombie companies” has become a significant problem as a result of China’s vast array of state-backed enterprises. Furthermore, a multitude of studies indicate that state-backed Chinese firms have lower efficiency in both research and production.

Sometimes, Beijing’s ambitious infrastructure projects result in dead ends. One example is the phenomenon known as ghost cities, which are entire communities of buildings with no inhabitants. Due to heavy central planning, the Chinese suffer from chronic overproduction and inefficient resource allocation. Beijing likely understands these consequences and is making a calculated decision based on unique priorities. A free-market system would lead to more efficient outcomes, but markets do not afford the CCP the control it requires.

Conventional wisdom tells us that democracies are superior to autocracies because democracies are corrective. Public approval incentivizes elected officials to deliver objective metrics such as better living standards while catering to popular social positions. Furthermore, a federal-state system that disperses decision-making rights incentivizes policy entrepreneurship. This discrepancy raises the question of whether or not China’s one-party authoritarian system complicates these traditional assumptions of political economy. A closer look reveals that the CCP created an institutional structure that delivers many of the same productive incentives.

According to the Congressional Research Service,

Furthermore, Yukon Huang, a Senior Fellow at the Carnegie Endowment, explains that rather than having local elections, the CCP selects provincial leaders. As a result, these appointees have a strong incentive to perform well in their respective jurisdictions to move up the party ranks. This competition is partly why China has a considerable amount of policy experimentation across its various provinces. Indeed, Chinese leaders have been on the cutting edge of innovation, from modernizing infrastructure with blockchain technology in Hainan to establishing a free trade zone in Shanghai. China’s current president, Xi Jinping, is but one emblematic example of an ambitious CCP appointee. He worked his way up the party ranks by performing well as a provincial governor and making a name for himself as an anti-corruption reformer.

However, China’s system falls far short of liberal democracy in its ability to balance and tolerate the interests of dissenting private sector leaders. This is why Beijing has persecuted several outspoken billionaires, most famously Alibaba CEO Jack Ma. The CCP understands that its legitimacy is predicated on the central government being unquestioned. Thus, having the equivalent of an Elon Musk or a Jeff Bezos voicing their opinion on societal issues would be disastrous for long-term stability.

At first glance, China’s policies may seem like economic contradiction or authoritarian madness. However, through the lens of public choice, onslaughts of regulation and the degradation of social freedoms represent calculated attempts to ensure the party is squarely in control of society. In the aggregate, the CCP behaves in a pragmatic and rationalizable manner, much like all other political actors. China’s leaders take deliberate steps to accomplish what is in their best interest within the constraints of their Leninist system. These objectives ultimately boil down to navigating a balance of control and freedom to maximize power.