Government has no "public health" role. It has only a "public freedom" role. 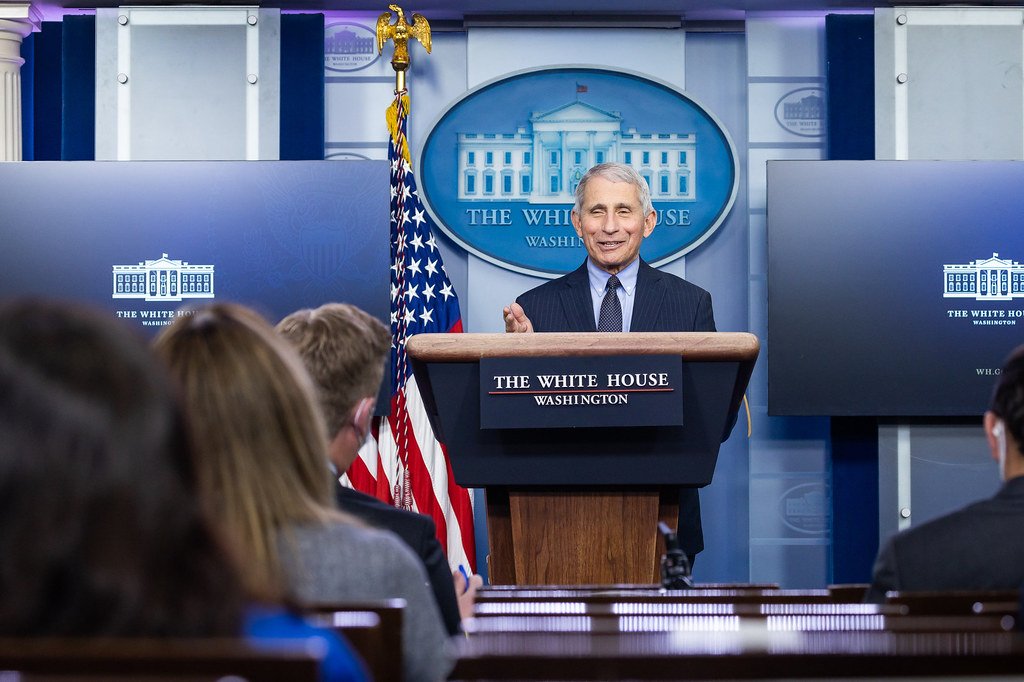 The application to Covid and public health, in general, is straightforward: the government may act to retaliate and restrain anyone who is maliciously or recklessly infecting, or threatening to infect, others with a disease. But government has no “public health” role. It has only a “public freedom” role.

A proper government has no role in maintaining public health. The purpose of government is to combat force in an objective manner, according to objective law.

If a sick person maliciously tries to spread his disease to others, the government will treat him the same way as it would if he tried to mow down others with his automobile. (Both these malicious actions have occurred, by the way.) The fact that someone can use his car to violate rights does not mean that the government should have an automobile policy or a Transportation Department. It shouldn’t.

Alfred Hitchcock did a TV show in which the murderer used a frozen lamb leg as his weapon. That does not make frozen foods a governmental concern.

Malice is not required: reckless disregard of the harm caused to others properly subjects a person to governmental action. Even negligently-caused harm calls for some government involvement—at minimum, a trial.

But the government cannot regulate areas using the excuse that negligently caused harm can occur. Some people are negligent in their use of knives or baseballs, and any harm that results subjects them, properly, to lawsuit. But it does not make Cutlery or Sports a proper concern of government. Government must be concerned only with rights violation, not with the potential harm from the instrument involved.

The application to Covid and public health in general is straightforward: the government may act to retaliate and restrain anyone who is maliciously or recklessly infecting, or threatening to infect, others with a disease. But government has no “public health” role. It has only a “public freedom” role.

The government should not even issue recommendations. Suppose that every wise, informed, and pro-reason individual in the nation thinks that the way to slow down the spread of the disease is to do X—wash hands frequently, let’s say, or get vaccinated. Nonetheless, no government official should be allowed to express his views on that subject. It was scandalous when Donald Trump, as president, suggested to people that they try hydroxychloroquine (and I have no opinion about the drug’s efficacy in fighting Covid).

It’s the same principle as government officials not being allowed to opine on what stocks to buy, whether there is a God, and what the price of widgets should be.

Let us assume that it is proven that the number of people who will be hospitalized for Covid is affected by the extent to which masks are worn in general. Assume that there is good statistical evidence that the rate will triple or quadruple if no masks are worn. That does not justify a government mandate for wearing masks. A generalized threat of unintended, unperceivable harm to a small percentage of the population cannot override the rights of people to control their own lives.

Nor is a government mandate required. If private businesses see the population-level odds, they will make the safe practice mandatory on their property. Government can neither forbid them from making their own policy nor force some policy on them. Note that the first entities to shut down last spring were private sports teams.

The only thing governmental policy adds to voluntarily set and voluntarily accepted rules of private parties is the political dimension. And that’s what we saw in this pandemic: people deciding whether to mask or not by their politics, and FDA officials being pressured by the administration to approve vaccines more quickly, and Democrats such as the current Vice-President expressing consequent doubts about the safety or efficacy of the vaccines. (Again, the FDA should not even exist.)

Government is formed to have a “safe and effective” way of dealing with deliberate coercion. As a derivative issue, it properly acts against reckless disregard of others’ rights. And via the court system, government provides a mechanism to get redress for those injured by others’ mere negligence. But there cannot be preventive law, and the innocent cannot be forced to obey rules on the grounds of what supposedly will happen to “society” or to the population as a whole.

It was precisely the idea of treating people as a collective herd to be nudged, prodded, and harnessed that caused most of the injuries and deaths in this pandemic. Moderna developed its vaccine in just 48 hours back in January of 2020. Even in a free market, it would have taken a couple of months, maybe three, for Moderna to make its own tests of safety and efficacy. By the end of April, Moderna could have been starting production and sale of the vaccine, but was held back by the government until mid-December.

That’s over 200 days of government-caused delays. Over 200 days without a 95% effective vaccine. Most of the American deaths from Covid came during that period. They were FDA-caused deaths.

The FDA came into existence and is sustained in existence by the collectivist, regulatory mindset. It seeks to protect irrational people from harming themselves—by forbidding rational people from using their own judgment. You were not permitted to try the Moderna vaccine because some fool might buy snake oil.

The claim is that without governmental restraints, “people” would fall for hucksters selling them worthless and unsafe treatments. But protecting the irrational from themselves requires putting in place prohibitions for everyone. So the reasonable people have to lose their medical freedom in order that the unreasonable people can’t harm themselves.

This is the sacrifice of the rational to the irrational—an evil so vicious that the mind recoils from it. But this is the ultimate, lethal consequence of putting the government in charge of public health.

Originally appeared on HBLetter.com (HBL)–a private email list for Objectivists for discussing philosophic and cultural issues. A free trial is available at HBLetter.com.