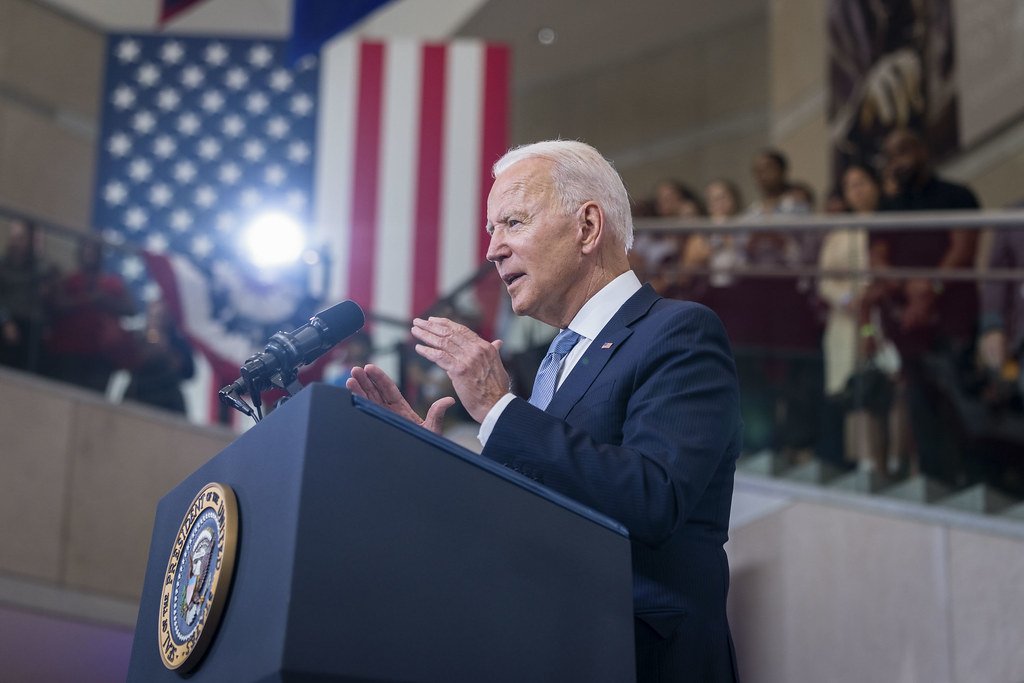 The Biden administration is embracing the same flawed “fair trade” mantra that previous administrations used to sanctify protectionist policies. Biden’s team has “largely dispensed with the idea of free trade as a goal in and of itself,” the New York Times reported. U.S. Trade Representative Katherine Tai recently touted the Biden administration’s plans to “shape the rules for fair trade in the 21st century.” What could possibly go wrong from such a lofty aspiration?

Thirty years ago, my book The Fair Trade Fraud was published by St. Martin’s Press. That book was translated into Japanese and Korean, and adapted as a textbook at the University of Chicago, Duke University, American University, University of Texas, and many other colleges. That book exposed fair trade as one of the great intellectual frauds of modern times. It is also a moral delusion that could lead to endless conflicts and an economic catastrophe.

When politicians call for fair trade with foreigners, they use a concept of fairness diametrically opposed to the word’s normal usage. In exchanges between individuals – in contract law – the test of fairness is the voluntary consent of each party to the bargain: “the free will which constitutes fair exchanges,” as Sen. John Taylor wrote in 1822. When politicians speak of unfair trade, they do not mean that buyers and sellers did not voluntarily agree, but that federal officials disapprove of bargains American citizens made. Fair trade means government intervention to direct, control, or restrict trade.

Fair trade often consists of some politician or bureaucrat picking a number out of thin air and forcibly imposing it on foreign businesses and American consumers. Fair trade meant that Jamaica was allowed to sell the U.S. only 970 gallons of ice cream a year, that Mexico could sell Americans only 35,292 bras a year, and that Poland could ship us only 51,752 pounds of barbed wire. Fair trade meant permitting each American citizen to consume the equivalent of only one teaspoon of foreign ice cream per year, two foreign peanuts per year, and one pound of imported cheese per year.

Since then, the U.S. definitions of unfair trade have proliferated almost as fast as the number of D.C. trade lawyers. In the 1980s and early 1990s, the U.S. government penalized foreign farmers for not paying wages to their wives and children, foreign governments for not coercing foreign companies to buy more American products, and foreign companies for relying on part-time labor, making charitable donations, and failing to charge American customers the highest prices in the world. Federal law currently assumes that foreign competition that prevents American companies from raising their prices unfairly injures them.

The most common foreign “unfair trade practice” is selling a better product at a lower price. Xenophobia is the foundation of U.S. antidumping law. The U.S. Commerce Department sees low-priced imported goods as Trojan Horses, insidiously undermining the American economy. The U.S. government has imposed more dumping penalties against low-priced imports than has any other government in the world.

The dumping law forces foreign companies to run a nearly endless gauntlet of American bureaucrats. Antidumping laws make it a crime for a company to sell the same product for two different prices in two different markets 15,000 miles apart. Dumping did not become a top trade issue until the 20th century, perhaps because our ancestors had not studied enough economics to become paranoid about minor price variations.

“Fair trade” is increasingly a rallying cry of both conservatives and liberals who apparently believe that there is some hidden wisdom buried in the basement of federal agencies. But it is impossible to overstate the folly of some protectionist regimes. In 1816, Congress imposed high tariffs on sugar imports in part to prop up the value of slaves in Louisiana. Sugar producers have been “protected” almost ever since. The sugar program relies on import quotas and other interventions to drive U.S. sugar prices to double or more of the world price, costing consumers $4 billion a year. Since 1997, Washington’s sugar policy has zapped more than 120,000 U.S. jobs in food manufacturing. More than 10 jobs have been lost in manufacturing for every remaining sugar grower in the U.S. American sugar growers will never become competitive unless there is far more global warming than even Swedish teen celebrity Greta Thunberg predicts.

Fair trade dictates intentionally sacrifice some industries to other industries. A 1984 Federal Trade Commission study estimated that steel import quotas cost the U.S. economy $25 for each additional dollar of profit of American steel producers. Restrictions on steel crankshafts imports in 1987 hurt diesel truck engine manufacturers, restrictions on ball bearings imports in 1989 clobbered scores of American industries, and restrictions on computer flat panel displays devastated computer makers in 1991. More recently, Trump’s steel and aluminum tariffs, along with the foreign retaliation they sparked, destroyed an estimated 300,000 jobs. But the Biden team is perpetuating Trump’s tariffs (which were widely denounced when they were first imposed).

American politicians profiteer on allegations of foreign unfairness. For American trade policy, need is the basis of right, and political campaign contributions are the measure of need. The more foreign unfair practices that politicians claim to discover, the more power they seize over what Americans are allowed to eat, drink, drive, and wear. Each new definition of unfair trade becomes a pretext to further restrict the freedom of American citizens.

The myth of fair trade is that politicians and bureaucrats are fairer than markets – that government coercion and restriction can create a fairer result than voluntary agreement – and that prosperity is best achieved by arbitrary political manipulation, rather than allowing each individual and company to pursue his own interest.

If a foreign nation blockades our ports, it is an act of war. But if American politicians blockade our ports, it is supposedly public service. Protectionism pretends that government can enrich citizens by selectively raising the prices of politically favored items. Protectionists champion the Washington version of Adam Smith’s Invisible Hand: Americans automatically benefit from any trade restriction which politicians are bribed to impose.

As soon as a politician or federal bureaucrat accuses foreigners of unfair trade, then any subsequent trade restriction is supposedly self-evidently justified. Protectionists profiteer because most of the Washington press corps is simply “stenographers with amnesia.” Reporters base their trade stories on government press releases and rarely probe beneath the surface of the latest edict. Few journalists take the time to sift through the details of foreign perfidy to recognize how often U.S. government accusations fail the laugh test.

Trade allows consumers everywhere a chance to benefit from increases in productivity anywhere. As Emerson observed, “If a talent is anywhere born into the world, the community of nations is enriched.” Trade binds humanity together in laboring for mutual benefits. The expansion of trade between the end of World War II and the 1980s produced the greatest era of prosperity in world history.

Government cannot make trade more fair by making it less free. It should not be a federal crime to charge low prices to American consumers. The time has come to end the medieval pursuit of a “just price” for imports and to cease allowing government officials to cease boundless economic power over American consumers and business. Unfortunately, fair trade demagoguery will continue as long as politicians are greedy, lobbyists are generous, and journalists are clueless.