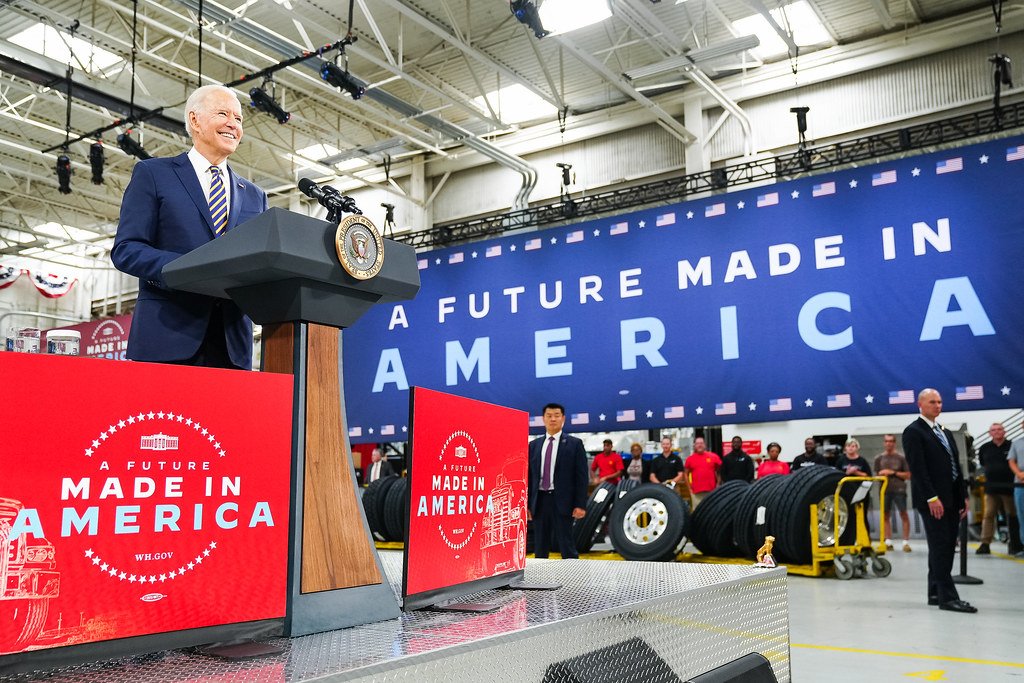 One of the great achievements in economics was the discovery by Adam Smith that free trade is the source of The Wealth of Nations. Trade means the mutual exchange of goods, for mutual benefit. Trade is voluntary and it is motivated by the self-interest of each party. The result is mutual gain.

At its root, trade is an exchange between individuals. Since any larger political entity, such as a state or nation, is nothing more than the sum of its individuals, there is really no such thing as a “nation” that trades with another “nation.” Rather, it is individuals who reside in one location trading with those in another location.

When I bought a treadmill from China last year, I transferred goods (in the form of money via a third party, in this case Amazon) to the owner of the treadmill company, who then used those goods to pay for the operation of his business and receive his profit. He gained, I gained, his employees and his suppliers gained, and all intermediaries involved in the transaction gained, including Amazon’s owners and employees, and the owners and employees of the shipping and trucking companies that delivered the treadmill to me.

The ineffable entity “America” did not trade with “China” when I bought the treadmill. It was an exchange between individuals, albeit one involving some complexity, geographical distance, and the need to convert between different currencies.

All trade works this way, whether it is a person trading with an individual on the other side of the planet, or one person buying a bag of potato chips from their corner grocer. The only difference is that when trade crosses an international border, we call one side of it “exports” and the other side of it “imports.”

Viewed this way, it becomes absurd to say that one side of a trade is better than the other and that government policies must, for example, favor exports and restrict imports through punitive tariffs (taxes) or even outright prohibitions.

Consider then the recent announcement by U.S. Trade Representative Katherine Tai that the United States intends to keep in place essentially all of the massive tariffs imposed by President Donald Trump on Chinese goods, until China agrees to step up its purchase of American goods. This is classic mercantilism, the discredited economic doctrine that governments must favor exports over imports in order to achieve a favorable “balance of trade” or to protect politically-connected domestic industries against foreign competition.

When Donald Trump was President, he abused the authority delegated to him by Congress to negotiate trade agreements by using it to massively increase tariffs, not just on Chinese goods, but on globally produced goods such as steel and aluminum, and even products as diverse as French cheese and Scotch whiskey. With a few strokes of his pen, Trump single-handedly reversed a 70-year run of global tariff reductions that began with the General Agreement on Tariffs and Trade in 1947. GATT was motivated by the desire to avoid a repeat of the disastrous Smoot-Hawley tariff increase of 1930, which led to a global trade war and helped trigger the Great Depression. Ever since then, a nearly steady path of globally negotiated tariff reductions has coincided with a vast expansion of worldwide trade — and prosperity — until now.

One of the deals President Trump coerced the Chinese into making, under threat of still further tariff increases, was that the Chinese government would orchestrate a huge increase in purchases of American farm products and other goods. The Chinese have not honored this agreement. Instead, they have repeatedly offered, both under the Trump administration and the Biden administration, a mutual rollback of tariffs to the status quo ante, to where both countries were before Trump began the trade war. This would benefit everyone.

Instead of agreeing to roll back tariffs to earlier levels, the Biden Administration has decided to extend and possibly even ratchet up Trump’s mercantilist trade policies. This means less trade between Americans and Chinese, and reduced gains from trade for everyone. This will raise our cost of living as pricier and less efficient firms step in to produce our goods, and it will simultaneously hamstring the global division of labor. Undoubtedly, the Trump-started and Biden-continued trade war with the Chinese has disrupted global supply chains and contributed to worldwide shortages and shipping disruptions.

Adam Smith had identified the division of labor — where individuals and firms specialize in producing what they are good at and trade for everything else — as the reason why free trade powers a rising standard of living. At one time, this principle was even understood by both Democrats and Republicans, who together enacted the landmark 1994 North American Free Trade Agreement, which eliminated most trade barriers between the U.S., Canada, and Mexico. Sadly, those days are gone. Now, despite nominally battling each other on many issues, on one issue Democrats and Republicans stand united: their bipartisan hostility to free trade.