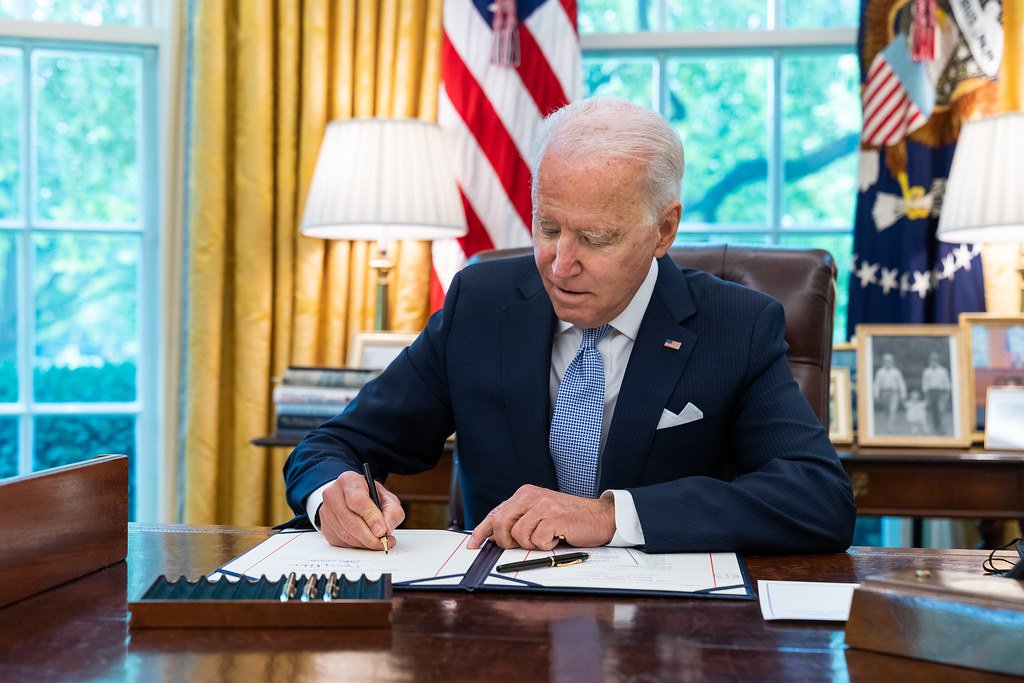 The Biden administration is seeking to compel banks to report to the IRS any bank account with more than $600 in transactions per year. This proposal is a linchpin of Biden’s American Families Plan, and will supposedly help generate almost $500 billion in federal revenue over the next decade. But previous catch-all financial reporting requirements have helped spur national disasters, complete with pervasive federal looting.

Sen. Mike Crapo (R-ID) denounced the Biden proposal as a “surveillance dragnet,” a “huge violation of privacy,” and “an egregious abuse of Americans’ right to due process by inferring that all U.S. taxpayers are guilty of evading taxes until proven otherwise.” Paul Merski of the Independent Community Bankers of America warns that the Biden proposal would be “be a historic invasion of financial privacy like we’ve never seen before.” Merski also declared, “The IRS is absolutely incapable of handling or processing this massive amount of new data, and they would admit as much — that’s why they’re asking for an additional $80 billion in this budget.”

Actually, federal money cops have long been overwhelmed by too many reports from banks. Prior federal reporting requirements buried bureaucrats in useless reports and became a de facto Terrorist Hijacker Empowerment Act . The 9/11 attacks were preceded by the biggest failure ever by U.S. financial authorities.

The Bank Secrecy Act of 1970 made it a federal crime for banks to keep secrets from the government. This law obliged banks and other financial institutions to submit a currency transaction report (CTR) to the federal government for each cash transaction involving more than $10,000. The feds harvested 17 million CTRs in 2000; federal agencies were flooded with tons of paper that bureaucrats often never bothered to examine. Beginning in 1996, banks were also obliged to file a Suspicious Activity Report on any transaction that “has no business or apparent lawful purpose or is not the sort in which the particular customer would normally be expected to engage.” The feds were soon receiving two hundred thousand suspicious activity reports per year. Greg Nojeim of the American Civil Liberties Union observed, “Congress barred financial institutions from telling their customers that their bank had spied on them by reporting their transactions to the federal government.”

That deluge of reports provided a smokescreen for the 9/11 plotters. A 2002 United Nations report on terrorist financing noted that a “suspicious transaction report” had been filed with the U.S. government over a $69,985 wire transfer that Mohamed Atta, leader of the hijackers, received from the United Arab Emirates. However, the report noted, “this particular transaction was not noticed quickly enough, because the report was just one of a very large number and was not distinguishable from those related to other financial crimes.” Atta was on a terrorist watch list, but the avalanche of other reports the feds received targeting home buyers, boat buyers, and other innocuous transactions provided sufficient cover for the attack to proceed.

Rather than recognize how pointless reporting requirements swamped federal watchdogs, Congress responded to 9/11 by vastly expanding federal financial vacuum cleaners. On October 17, 2001, Rep. Ron Paul (R-TX) was the only member of the House to oppose the International Money Laundering Abatement and Antiterrorist Financing Act of 2001, which became Title III of the Patriot Act. Paul warned that the bill “has more to do with the ongoing war against financial privacy than with the war against international terrorism” and derided it as “a laundry list of dangerous, unconstitutional power grabs…. These measures will actually distract from the battle against terrorism by encouraging law-enforcement authorities to waste time snooping through the financial records of innocent Americans who simply happen to demonstrate an ‘unusual’ pattern in their financial dealings.”

Paul’s warnings were prescient. The Patriot Act turbocharged reporting requirements, and the feds are now receiving two million “Suspicious Activity Reports” a year. It would be worse than naïve to assume that all the reports that banks send to Washington will sit passively in federal databases.

Financial reporting requirements helped spur one of the most disgraceful federal looting sprees in modern times. The IRS has exploited the technicalities of the Bank Secrecy Act – which requires banks to report any transaction over $10,000 – to preemptively confiscate the bank accounts of innocent Americans. The IRS “enforced” the Bank Secrecy Act by presuming that anyone who deposited slightly less than $10,000 was a criminal. The IRS seized a quarter billion dollars because it disapproved of how businesses and individuals structured their bank deposits and withdrawals. IRS bureaucrats don’t even need to file a criminal charge before snaring citizens’ life savings.

Between 2005 and 2012, the number of IRS seizures for Bank Secrecy Act violations rose more than fivefold, but the vast majority of victims were never criminally prosecuted for structuring offenses. “One-third of those cases involved nothing more than making a series of sub-$10,000 cash transactions,” the Institute for Justice reported. A 2017 Inspector General report found no evidence in 91% of the forfeiture cases that the money came from illegal activities. The IRS chose to seize first, and ask questions later – if at all. IRS investigators simply looked at banking records and then confiscated the accounts of hundreds of people.

Most of the victims were “legal businesses such as jewelry stores, restaurant owners, gas station owners, scrap metal dealers, and others.” The IRS targeted businesses with legal sources of income because “the Department of Justice had encouraged task forces to engage in ‘quick hits,’ where property was more quickly seized… rather than pursuing cases with other criminal activity (such as drug trafficking and money laundering), which are more time-consuming,” the Inspector General reported.

Would the IRS behave as atrociously with a new $600 reporting requirement as it has in the past with the $10,000 reporting requirement in the Bank Secrecy Act? In U.S. Tax Court, IRS determinations of what citizens owe are “presumed correct,” with taxpayers bearing the burden to prove the feds wrong. Corporations with well-fed legal departments routinely defeat the IRS in court but few citizens can afford to fight a federal agency that appears to hold all the cards. Treasury Secretary Janet Yellen declared, “Any suggestion that instead this reporting regime will be used to target enforcement efforts on ordinary Americans is wholly misguided.” Then why do the feds want the data on almost anyone with a bank account?

Biden’s new reporting requirement could be the Bitcoin Relief Act of 2021. Forty banking and financial associations sent a letter to Congress on September 17 warning that the Biden proposal “would create tremendous liability for all affected parties by requiring the collection of financial information for nearly every American without proper explanation of how the IRS will store, protect, and use this enormous trove of personal financial information.” American Banking Association president Rob Nichols warns that requiring “banks to police and report on the accounts of customers…will undermine trust in the banking system and erode the progress we have made reducing the number of unbanked and underbanked in the country.”

The Internal Revenue Service has perennially been the authoritarian means to paternalistic ends. The Washington Post reported that “the single biggest source of new revenue in the [Biden] plan comes from dramatically expanding the clout of the nation’s tax agency.” Biden relishes condemning tax-dodging billionaires but that $600 reporting requirement is a signal that IRS purgatory could soon be crowded with average Americans.

“Hope and change” were never about ideals or principles. They were about power.