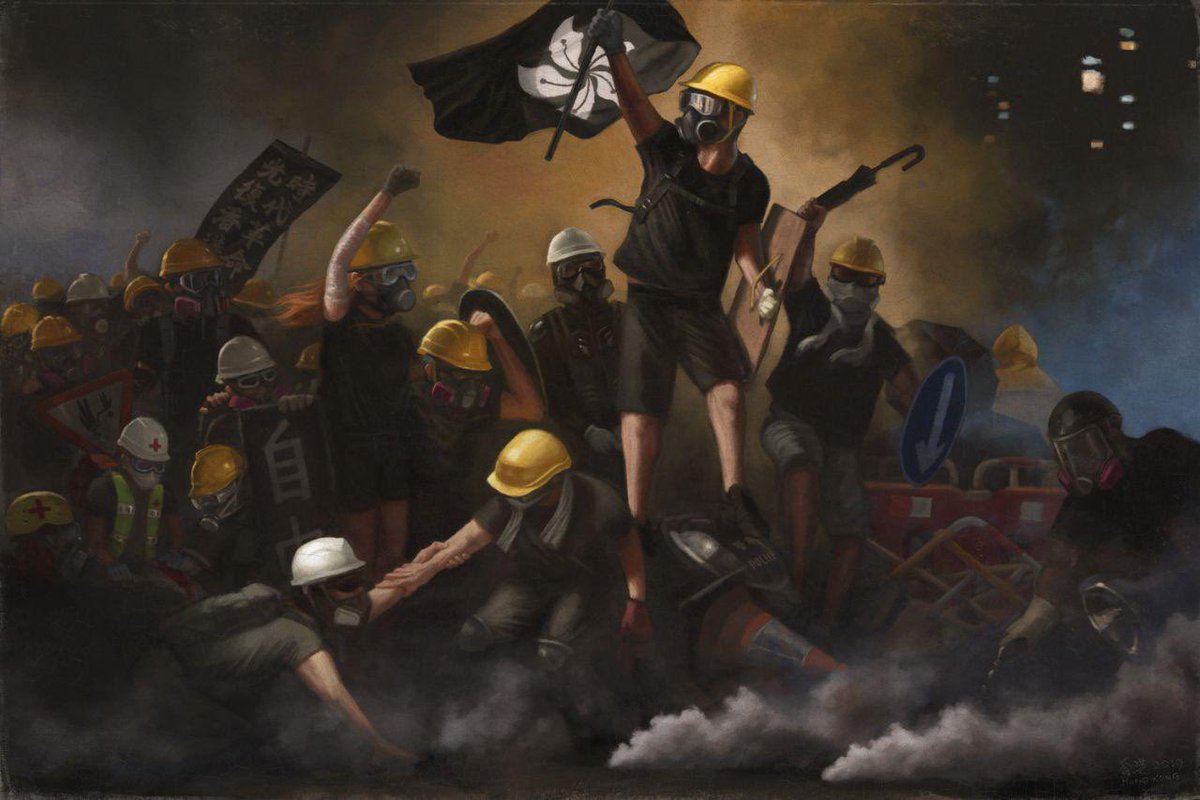 The Statue of Liberty in New York Harbor still means something to dissidents and the oppressed all throughout the unfree world. For almost its entire existence, the United States has been the beacon of liberty for anyone willing to leave the comfort of servitude, for the uncertainty and opportunity of freedom. Perhaps one of the greatest symbolisms in our fight against Communism was the fact that people risked their lives to flee to countries like America. In authoritarian countries, they build walls to keep people in, not keep them out. In light of the ongoing desecration of Hong Kong’s democratic freedoms by the Chinese Communist Party, President Biden should move to grant asylum status, with the option to pursue a path to citizenship, to all Hong Kong residents. Such a move is not only congruent with the moral ethos of our nation but advances our core foreign policy interests in forwarding liberty in East Asia while promoting our values abroad.

On August 6, 2021, Reuters reported that President Biden instructed the Department of Homeland Security to implement a deferral of removal up to 18 months for Hong Kong residents in the US. The move comes in the wake of the ongoing disintegration of Hong Kong’s liberties and democratic functions by Beijing. Many people are fleeing the city and those abroad are rightly concerned about returning.

The city of Hong Kong is a special administrative region of China due to its unique history as a former British colony, which gave it many Western-style norms such as democratic systems of governance and free markets. After its return to China in 1997, the CCP promised to respect the city’s political freedoms and markets for the next 50 years under the one country two systems model. Under such a system, Hong Kong continued to prosper under its high degree of economic freedom, combined with its relatively free political system, and its prime economic position in global commerce. Some were even hopeful that the handover of Hong Kong would spread these values to the rest of China. Voice of America writes,

“Hong Kong native Anna Cheung still keeps the newspaper with the handover on the front page.

“It was like a landmark time at that moment,” remembered Cheung, a biology professor and pro-democracy activist now living in the United States. She said some Hong Kongers in the ’90s were hopeful “that maybe it is a good chance for Hong Kong to belong to China now and bring back the democratic value and all of the universal value[s] back to China.”

However, it quickly became clear that Beijing would not honor its promise, as it continually interfered in its democratic processes and committed increasingly more intimate impositions on its people. To the dismay of Beijing, Hong Kongers would not warm up to its authoritarian system and it was clear that after tasting freedom, they would never give it up. The CCP was met with massive protests against almost every violation of freedom it tried to impose. Hong Kongers would continue to be a thorn in Beijing’s side as its citizens continued to remind the CCP that they wanted no part of their authoritarian system.

Vigils for the Tiananmen Square Massacre, an atrocity highly censored by the CCP, would be held in Hong Kong annually until 2021, to which such activity is now banned. Under the new Hong Kong Security law, the most recent step in Beijing’s assault against Hong Kong’s democracy, any sort of behavior deemed subversive could be punished. Such a development, alongside the CCP’s now explicit manipulation of the city’s electoral system, exemplifies the nail in the coffin for Hong Kong’s previously cherished political freedom. Judging by the way the CCP treats economic freedoms after they take political freedom, it wouldn’t be absurd to think those will be short-lived as well.

Hong Kongers have seen unprecedented levels of state-sponsored oppression in mainland China, from the blatant censorship of free thought, to a security state so pervasive that citizens have social credit scores, to outright massacres and the use of internment camps. Much like how a mass exodus of Hong Kong residents occurred during the 1997 handover of the city to the Chinese, the same is happening now with as many as 1,000 residents leaving a day. The South China Morning Post remarks,

“Wherever they settle they will be that society’s gain – and our loss.”

The Case For Asylum

Biden’s move to grant deferred removal recognizes that for many Hong Kongers residing in the US, it is unsafe to return home and many understandably do not want to do so. However, it is clear that 18 months is likely not a time period for things to substantially change for the better in Hong Kong. If anything, the political situation could worsen. Under the ever-increasing grip of the CCP on Hong Kong, a strong case can be made that the residents of the city are now facing political persecution. As a result, Hong Kongers residing in the city and abroad in the United States should be granted asylum if they wish to pursue that option in the US. In fact, this is something all countries that purport to be members of the free world should offer to the residents of Hong Kong.

The United States has made a number of commitments and laws in support of the freedoms of Hong Kong residents. Granting asylum status to current residents located in the United States and all those who wish to come here would be an important move. We should welcome all those who wish to flee the CCP’s persecution to join our country as freedom-loving members of society with open arms. Asylum status will not only allow them to stay until the danger has passed, but also to take on employment in the US and pursue a pathway to citizenship if they choose to do so.

In the face of authoritarian dictatorships such as the CCP and in the context of our complicated great power rivalry with China, taking in Hong Kong refugees is one of the few moves we can make to advance our interests peacefully. It not only allows the US to take advantage of productive, freedom-loving people who would have otherwise been contributing to China, but it also demonstrates to the world who has the more desirable system. Furthermore, if political dissidents wish to take refuge in the United States to preserve the flame of liberty, nurture it, tell their stories, and then when they are ready, bring it back to Hong Kong to retake their city, we should be more than honored to allow them to do so. Regardless, Hong Kongers would make outstanding Americans if they aren’t already in spirit.

SHARE
Ethan Yang
Ethan joined AIER in 2020 as an Editorial Assistant and is a graduate of Trinity College. He received a BA in Political Science alongside a minor in Legal Studies and Formal Organizations. He currently serves as Local Coordinator at Students for Liberty and the Director of the Mark Twain Center for the Study of Human Freedom at Trinity College. Prior to joining AIER, he interned at organizations such as the American Legislative Exchange Council, the Connecticut State Senate, and the Cause of Action Institute. Ethan is currently based in Washington D.C.

The Case Against Immigration Quotas