Business leaders and owners who think they can create profits regardless of the social system are evading facts. Profit maximization cannot be sustained in socialism or any other freedom-killing statist system toward which America seems headed today. 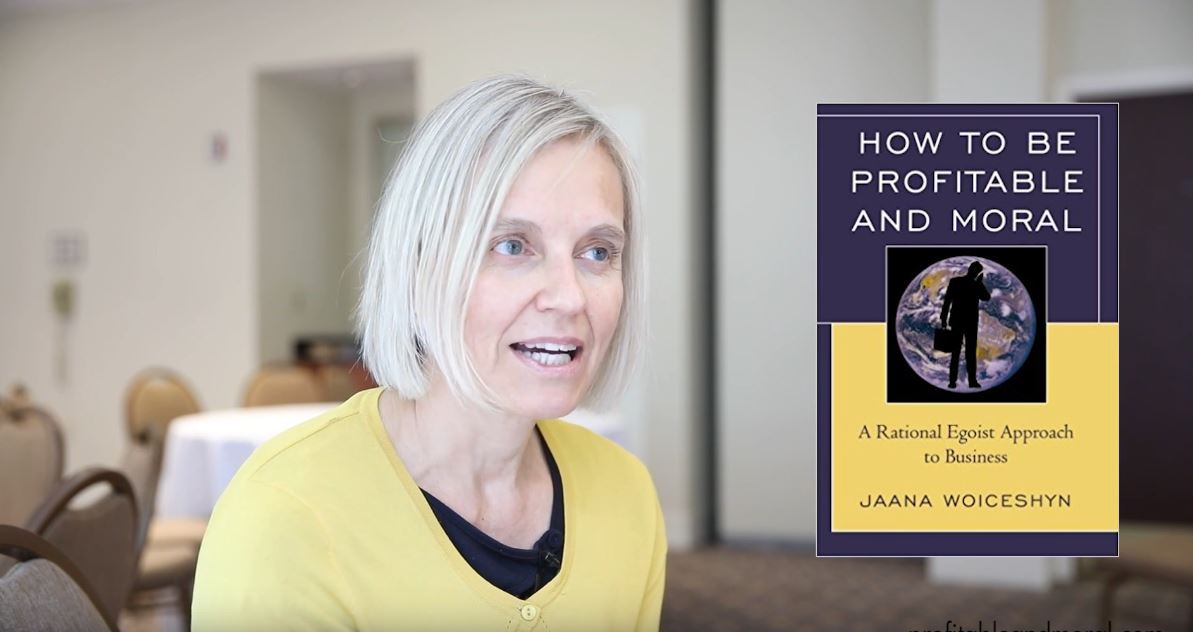 A recent Wall Street Journal column, comparing 1970’s and today’s situation, made an astute observation about the difference. Today, America’s corporate leaders are allied with the political Left “that argues America is a fundamentally flawed society in need of complete transformation.” The writer is referring to the leftist claim that America is systematically racist and inequitable and needs to be dismantled and rebuilt in a Marxist fashion into a socialist system. Yet, corporations “reap unprecedented riches from investors’ convictions that things have never been better.” (An editorial note: the investors, of course, are the owners of corporations, and they are the ones “reaping riches”).

The WSJ column prompts two questions: 1) How is it possible that corporate leaders and owners hold the two contradictory principles at the same time: self-interest (profit maximization) and self-destruction (bashing capitalism, the system that makes profit maximization possible)? 2) Why does holding such a contradiction matter?

Holding contradictory principles is possible by compartmentalizing: regarding one field (business and its fundamental goal of profit maximization) as separate from others on which it depends (such as the social and economic system).

Business leaders and owners who think they can keep maximizing profits regardless of the social system are evading facts.

They are evading the fact that everything in reality is interconnected and that they ignore those interconnections at their peril. Their support of the government’s violation of individual rights through wealth “redistribution” schemes (increased taxes on the wealthy, transferred to the less productive in the name of equity) and other interference in the economy (such as the Biden administration’s “infrastructure” plan, catastrophic energy policy, and social spending) will increase the cost of operating business and make it less competitive, discourage investment, and diminish profits over the long term.

It is true that businesses can reap high short-term profits as cronies to the government that is dismantling the country. But the government can indulge in largesse only as long there is wealth being created and favors to be handed out. Trillions of dollars of government spending cannot be sustained by taxing the wealthy and printing more money.

Wealth is created by profit-maximizing businesses, but profit maximization requires recognizing facts, not evading them.

To maximize profits in the long term, companies must identify what products and services are objective values to potential customers (that make their lives better and that they are willing to buy). The companies must then identify how to create those products and services before and/or better than their competitors (in an ongoing process) and trade them at competitive prices. This is the only way profit maximization (and wealth creation) can be sustained over time (absent government favors, handouts, and protectionism).

Many leaders of successful corporations (think of Amazon, Apple, Facebook, Google) have done just that: identified and integrated the facts needed to create and trade objective values. Investors have rightly rewarded corporations for that. But many leaders and investors have also compartmentalized and ignored the wider context on which profit maximization depends. They have failed to recognize the fundamental social condition profit maximization requires: freedom.

But in America today, freedom is rapidly diminishing and the capitalist elements of its mixed economy are disappearing. The government is trying to undermine the Constitution – on which the recognition of individual freedom and rights rests – and is expanding the role of the state in the economy by ballooning spending and even getting involved in business (such as semiconductor manufacturing).

Corporate leaders and investors who endorse and embrace these developments are doing so at their own and their employees’ and customers’ peril. They can’t have their cake and eat it, too. Profit maximization cannot be sustained in socialism or any other freedom-killing statist system toward which America seems headed today.

It’s time corporate leaders and investors stopped compartmentalizing and started recognizing and connecting facts: the requirements of long-term profit maximization and the consequences of ignoring them.