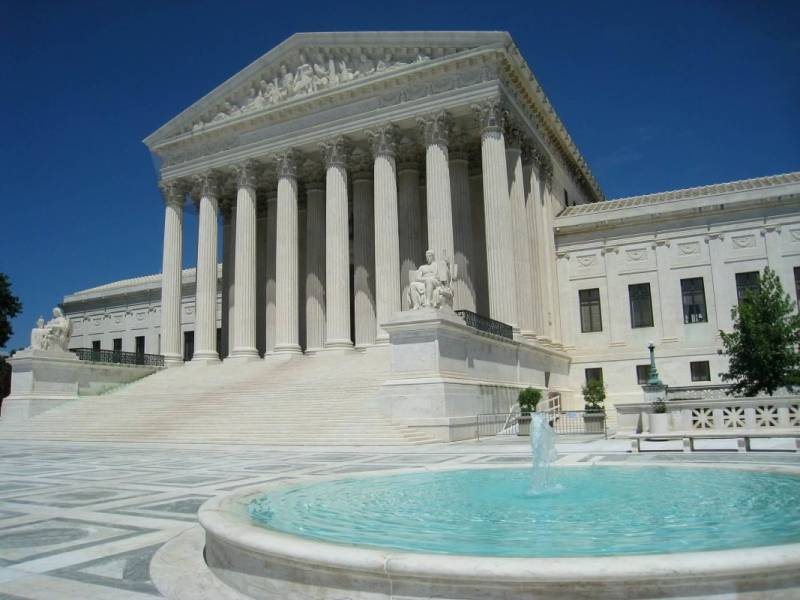 The United States was founded primarily on the principle of protecting individual rights. Property rights are of course a type of individual rights, but property rights are often violated in the modern United States. One reason for this is a flaw created fairly early on in U.S. history: eminent domain, which has been expanded through misguided judicial decisions in recent decades. Fortunately, the Supreme Court has a chance to rein in eminent domain abuses with a recent case presented by businessman Fred Eychaner.

Eminent domain allows the government to claim property for “public use” by compensating the owner. The owner’s consent is not required, nor are they consulted as to the amount of the compensation. The use of eminent domain is not a sale, wherein the owner agrees to sell his land for an agreed-upon amount of money; this is a forced surrender of property, with compensation rendered to give it the air of respectability. This is allowed by the Fifth Amendment to the Constitution, an exception to the general rule that the Bill of Rights exists to limit government and protect citizens’ rights. But this exception was a grave mistake, because property rights are essential to thriving on both an individual and a societal level.

Why do property rights matter? As Ayn Rand explained, “Since man has to sustain his life by his own effort, the man who has no right to the product of his effort has no means to sustain his life.”[1] The first part of her statement is true because if a person creates no value, he either must live off the value created by others or die. This is as true today as it was in the time of the cavemen, when the values created were the berries one gathered and rough shelters one built; the only difference is that people today have a much greater choice in the range of values they may create to trade with others. The second part of her statement then follows quite logically: people must exert effort in order to live, so they must be able to keep the products of that effort. Therefore, it’s morally wrong to deprive people of their justly earned property.

Not only do people deserve to keep the fruits of their labor, the expectation that they will do so is necessary for human progress on a broader scale. Only when people can expect to keep the rewards of their productivity can they be expected to reach their fullest productive potential, which often leads to incredible advancements in industry, technology, medicine, the arts, and more. As William Howard Taft explained, “Our primary conception of a free man is one who can enjoy what he earns, who can spend it for his comfort or pleasure if he would, who can save it and keep it for his future use and benefit if he has the foresight and self-restraint to do so. This is the right of property. Upon this right rests the motive of the individual which makes the world materially to progress. Destroy it and material progress ceases.”[2]

Since rights are so essential to individuals and to human progress, they should be treated as moral absolutes. Eminent domain does the opposite. It allows governments to violate property rights when the land being taken is “for public use.” But why should a person’s right to their property depend on whether that property could be considered more useful to the nameless, faceless “public”? That idea alone is irrational, but in recent decades the government has stretched the meaning of “public use” even further, most notably in a 2005 Supreme Court case.

In 2005, the U.S. Supreme Court ruled in favor of the city of New London, which had used eminent domain to take the property of Susette Kelo and several of her neighbors.[3] What was significant about this case, however, was that the “public use” the city wanted the land for wasn’t for a park or community center or anything the citizens of the community would have access to—it was for an industrial park to be developed by private companies. The city’s argument was that the economic development that would be spurred by companies such as Pfizer, Inc. building facilities there counted as “public use.”

The ramifications of this decision are obvious and horrifying. As Sandra Day O’Connor, one of four dissenting justices, wrote, “Any property may now be taken for the benefit of another private party.” This, of course, opens the door for abuse of this justification by government officials, since the “public use” justification for takings can now be used to benefit private parties. The New London case sparked national outrage, and a movie was even made about it.[4] The result of the outrage was that 43 state legislatures enacted some kind of reform to rein in the excesses of eminent domain and protect their citizens’ rights. But that’s not enough, because the dangerous judicial precedent set by Kelo v. New London stands to this day.

The Eychaner Case: A Chance to Rein It In

Recently, the Kelo v. New London case was cited by the lawyers for the city of Chicago in businessman Fred Eychaner’s case against the city of Chicago.[5] Years ago, local officials seized Eychaner’s land there, claiming that it was at risk of blight. This land was to be handed over to the nearby Bloomer Chocolate Company. Eychaner fought the taking, however, and has now brought his case to the Supreme Court, which, at the time of writing, had not yet decided whether it will hear the case.[6]

Eychaner’s lawyers make two main arguments in his defense. First, the notion of “avoiding future blight” as a form of “public use” is spurious at best, as noted in court cases in states such as California.[7] It is difficult to determine whether land is at risk of future blight, and even more difficult to determine whether that blight would significantly affect others. Further, in this particular case, his lawyers note that, “The City took property in an area that was neither blighted nor economically distressed to satisfy a powerful private landowner. It has pursued that taking since 2002, even when the future blight failed to materialize.”

More importantly, however, his lawyers have argued that the Supreme Court should not decide the case on the basis of Kelo v. New London, but should reconsider that precedent. In their own words, that decision “is a far cry from the fundamental property rights recognized at the founding [of the United States].” Kelo v. New London wrongfully expanded the government’s permission to take citizens’ property at will for the benefit of other private companies, and many in state legislatures seemed to realize it was wrong when they enacted the reforms following that case.

The use of eminent domain is a serious violation of property rights whenever it occurs, and it should be abolished. Moreover, its expansion to cover governmental favors for private companies at the expense of individuals is clearly an abuse of government power. Therefore, the Supreme Court should hear Eychaner’s case and overturn the misguided precedent set by Kelo v. New London. Although reversing the Fifth Amendment isn’t in the Supreme Court’s power, reining in its excesses is.