What in the World Are You Teaching Kids? 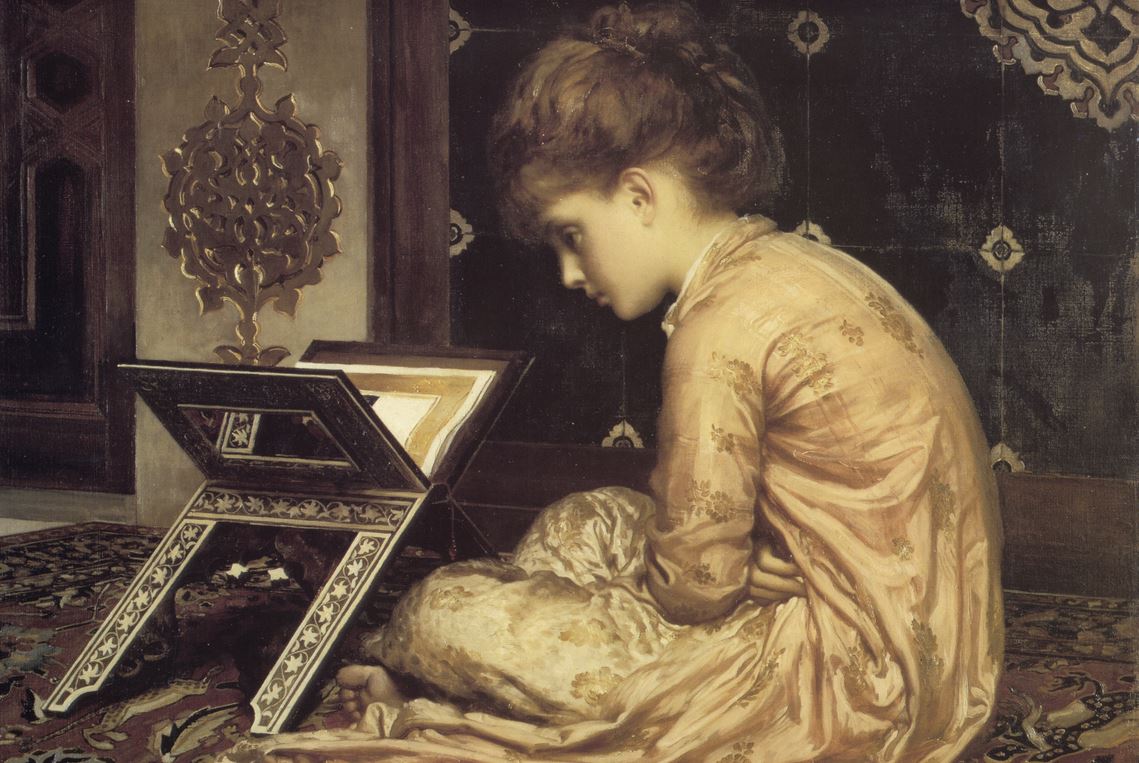 Study at Desk by Lord Leighton

A spectre is haunting the Western world – the spectre of a grossly mistaken understanding of the world.

British kids have nightmares about the climate. Half of French respondents think it likely that climate change will cause “the extinction of the human race.” American teachers coddle students who have panic attacks when wildfires rage somewhere on the planet. Eco-anxiety has clearly gripped the Western world, but what’s worse is that most people have a dismal outlook on all of humanity’s progress, not just climate change.

Because slow changes don’t get noticed, and because humans use mental shortcuts to understand the world, we end up with a grossly misinformed view of what is. The late Hans Rosling, the Swedish professor of international health that most of us know as the excited man on YouTube (the one who explains the progress of the world with bubbles and giant blocks), dedicated his life to dispelling these misperceptions. The Gapminder Foundation that now carries on his legacy writes

“Our ignorance surveys have shown that the general public is misguided about many basic global facts. Reliable global statistics exist for nearly every aspect of global development, but these numbers are not transformed into popular understanding because using and teaching statistics is still too difficult.”

Gapminder routinely asks 12 questions (sometimes with a thirteenth question on global temperatures, which most people tend to get right) about basic, uncontroversial, changes in global development – multiple-choice questions on things like demographic change, how many girls in poor countries finish primary school, and what’s happened to extreme poverty in the last twenty years.

The results are terrible, but it’s not a question of ignorance. If people genuinely didn’t know, by chance alone they’d pick the right answer a third of the time: this is the chimpanzee threshold. Instead, the average human gets 2.2 answers right. The results for some questions, like global life expectancy (50, 60, or 70 years?), ought to scare us more than any dismal vision of climate change. Having more than doubled since 1900, the global improvements in the last forty years seem to have passed most smart people by. Of students and faculty at top universities less than one in five manage to get this right – even Nobel Laureates underperform the chimps. The worst-performing groups were Swedish trade unionists (10% got the answer right) and Norwegian teachers (7% correct). In one memorable lecture, Rosling animatedly exclaimed “What in the world are you teaching the kids?!”

In that one line lies much of the problem for our continued misinformation about the world.

Media coverage inundates us with a constant flow of catastrophes from one part or the world or another, while overlooking the great non-events of the world. When super cyclones kill 128 people instead of the hundreds of thousands they used to or would have, we don’t even hear about them. When hundreds of thousands of people are lifted out of extreme poverty a day, every day, that’s no longer newsworthy. The result is, Gapminder notes, that “people end up carrying around a sack of outdated facts that you got in school (including knowledge that often was outdated when acquired in school).”

Counteracting that requires information and an updated framework for thinking about the world. To embrace the notion that things gradually get better – not worse – as we solve more problems, invent better things, and bring more people into the global marketplace. The return of such an optimist mentality (Rosling prefers ‘possibilist’) requires nothing more than accepting that “facts are better than myths – especially for understanding the world.”

Thou shalt not misinform

To say that the world is getting better is not to be complacent about its problems. It is not to be Pollyannaish about the future or believe that from here the only way is up. It’s to say that, on net and over time, the world gets better. It’s to say that progress is hard-earned; that it’s a gradual process, with deep structural and historical roots; that the small heavens we may create in our own lives combine to make the entire world slightly less bad than it was yesterday. I work for you doing what I’m good at; you work for me doing what you’re good at – and inventors and entrepreneurs halfway around the world figure out ways to do things that make both our lives better.

This isn’t a predetermined path, and it most certainly isn’t always up. Last year was a setback in just about every way we know how to measure (mortality, life expectancy, poverty). The twentieth century saw some of humanity’s worst atrocities: world wars, genocide, autocrats. Sometimes progress pauses, and sometimes our past progress gives rise to new challenges we have yet to overcome – like the concentration of CO2 in the atmosphere from the coal and oil we burned for (great!) use as fuel, production, and transportation.

While that’s a global challenge to talk seriously about with our children, we don’t have to overdo it. Imbuing them with mistaken doom-mongering helps nobody. When we do, we’re not setting up the next generation for a flourishing world, or even a factful one.

Nobody told these kids that wildfires destroy less area now than they used to and forests in California burned much more before Europeans arrived. Deaths from natural disasters, those like storms, hurricanes, and floods that we usually associate with worsening climate change, are massively down over almost any time frame, even though we are many more people on the planet. Child mortality is falling everywhere around the globe, and we produce more food than we ever have. None of those trends are about to suddenly stop, reverse, and undo the progress we’ve already made.

What is the point of studying when the world is collapsing around us?

This is a point that many schoolchildren have raised, Greta Thunberg perhaps most prominently. The world is heading for an urgent climate disaster, so why should they study for a future they won’t have?

One reason would be to learn that the world isn’t collapsing, that things are getting better – even though the pandemic coverage and climate change alarmism seem to suggest otherwise. Disasters are quick and sudden; progress is slow and hard-won. We live longer, healthier, safer, better, and more fulfilling lives, with better access to almost anything you can imagine. So far, human ingenuity has outpaced anything that a hostile planet has thrown at us or a declinist mentality has conjured up.

In all this mess, thankfully, there’s at least one thing you can do: imbue your child not with the dangers of the world, but with the factful progress of the world. This is what Tony Morley, a fellow traveler and prominent advocate for progress, is doing: Targeted at 6-to-12-year-olds, Morley is bringing together a hundred one-page stories about the forces, the people, and the astonishing history of how humans have progressed and collectively improved our global living standards. Human Progress for Beginners tries to

“tell the dramatic history of human civilization and the jagged upward path of improved living standards in the last 250 years. Since the dawn of the Industrial Revolution, civilization has experienced the greatest increase in living standards, prosperity, and well-being in our species’ history. […] Human Progress for Beginners will tell the untold story of progress for young readers in a bright and engaging book, the likes of which has never been attempted.”

Chapters span the innovations that rocked our world: the printing presses, steam power, and combustion engines; the history of living standards, of light, and of food; and the progress of literacy, peace, and pollution.

“Progress forward,” Morley emphasizes, “is not progress completed,” and our world certainly has room for improvement. But that’s not reason enough to despair and invoke the doom-and-gloom zeitgeist of “civilizational decline,” “apocalypse,” or “climate emergency.” Instead, we ought to celebrate our achievements, even in the areas that many of our young people now believe are irrevocably destroyed.

It’s a counterintuitive notion and a difficult thing to wrap one’s head around, that the world can both be better and is still in many respects bad. We do nobody any favors, least of all our children, by exaggerating one while forgetting how far we’ve come.