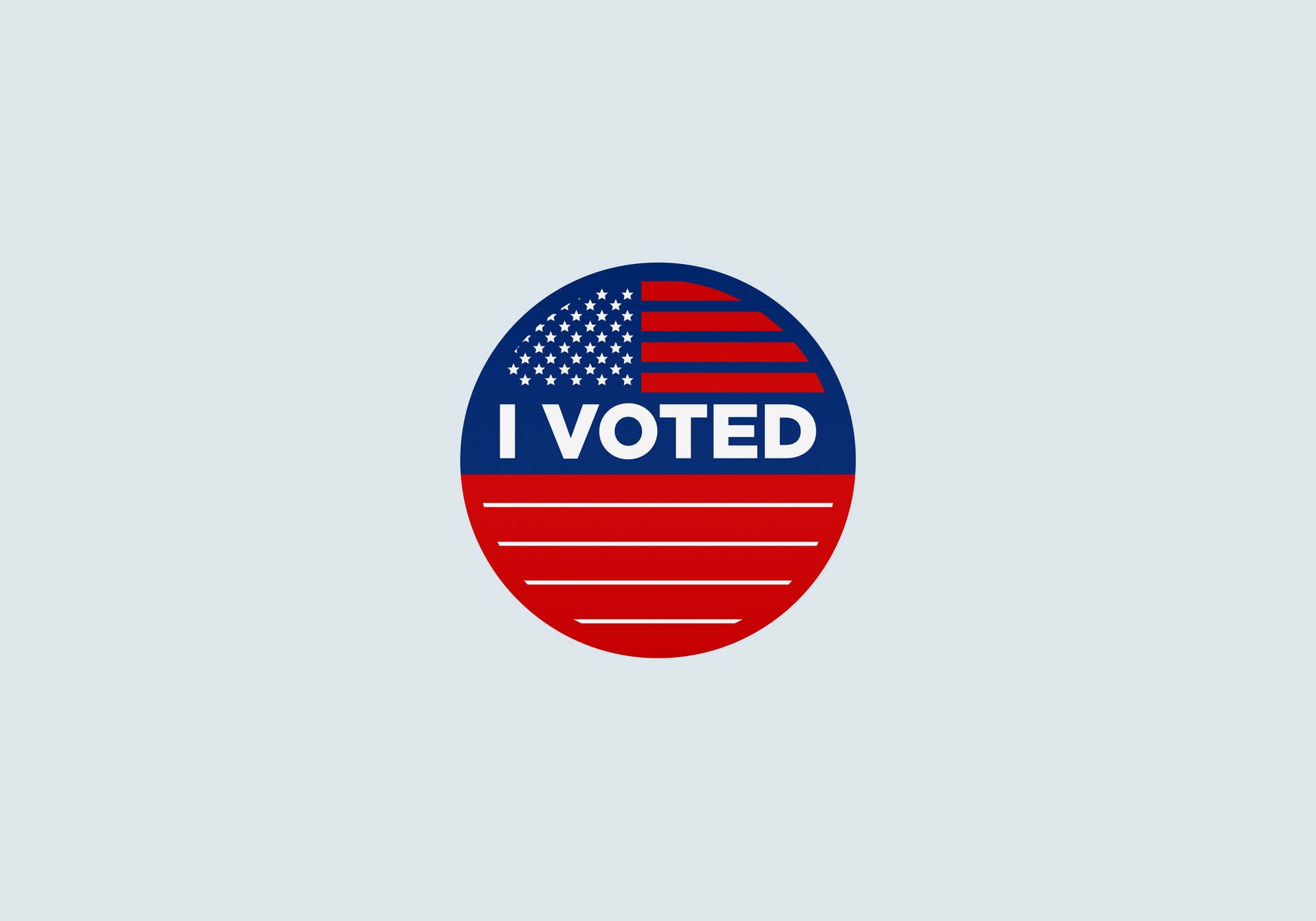 The recent charges against the integrity of our elections have brought to the fore the following passage (Article II, Section 1, clause 2) from the U.S. Constitution:

Each State shall appoint, in such Manner as the Legislature thereof may direct, a Number of Electors, equal to the whole Number of Senators and Representatives to which the State may be entitled in the Congress … .

At present, the “Manner” directed by the legislature of each state is a popular vote. But it has not always been that way. For example, in 1800, only six states held any kind of popular vote for electors. In the other ten states, including current battleground states Georgia and Pennsylvania, the electors were chosen by the legislature.

The Trump legal team advised state legislators in the contested states—including Pennsylvania, Georgia, Michigan, and Wisconsin—to change the “Manner” directed by the legislature, because the current “Manner” of popular vote was so corrupted that it was impossible to identify a winner. Numerous state legislators took this advice seriously, asking Vice President Pence for more time to undertake further investigation and then have the state legislature be the body to decide whether to certify the election. But other state legislators were reluctant to set aside an election that had already occurred.

In his decision on December 12 to dismiss a lawsuit brought by the Trump team in Wisconsin, United States District Judge Brett H. Ludwig wrote the following, in effect deciding not to have the court follow the Trump legal team’s advice to the legislature:

Plaintiff’s Electors Clause claims fail as a matter of law and fact. The record establishes that Wisconsin’s selection of its 2020 Presidential Electors was conducted in the very manner established by the Wisconsin Legislature, “[b]y general ballot at the general election.” Wis. Stat. §8.25(1). Plaintiff’s complaints about defendants’ administration of the election go to the implementation of the Wisconsin Legislature’s chosen manner of appointing Presidential Electors, not to the manner itself. Moreover, even if “Manner” were stretched to include plaintiff’s implementation objections, plaintiff has not shown a significant departure from the Wisconsin Legislature’s chosen election scheme.

(On December 14, the Trump team lost a similar case in the Wisconsin Supreme Court, but by the narrow margin of 4–3.)

Although Judge Ludwig decided against President Trump on the 2020 election, the following passage earlier in Ludwig’s decision illuminates a path for legislatures in future elections:

Today, the manner of appointment among the states is largely uniform. See Chiafalo, 140 S. Ct. at 2321. All states use an appointment process tied to the popular vote, with political parties fielding presidential candidates having the responsibility to nominate slates of Presidential Electors. Id. at 2321-22. But that manner of appointing Presidential Electors is not required by the Constitution. As Chief Justice Fuller explained in 1892:

The constitution does not provide that the appointment of electors shall be by popular vote, nor that the electors shall be voted for upon a general ticket, nor that the majority of those who exercise the elective franchise can alone choose the electors. It recognizes that the people act through their representatives in the legislature, and leaves it to the legislature exclusively to define the method of effecting the object.

Note the phrase, “the legislature exclusively.”

This recommended manner for popular elections, if there are popular elections at all, differs from the current system in Nebraska and Maine in two important ways. First, elections should be at the finer level of state legislative districts, not U.S. Congressional districts. Second, the presidential electors should be awarded on a winner-take-all basis to the presidential candidate who wins the majority of districts. This second point is necessary for the following reason: If Republican states allow their electoral votes to split while Democrat states continue to award all their votes to the Democrat, the Democrat will always win.

Abandoning a statewide popular vote for president is good for each state precisely for the reasons that the Electoral College is good for the nation.

Alexander Hamilton explains one benefit of the Electoral College when he writes in Federalist 68,

Talents for low intrigue, and the little arts of popularity, may alone suffice to elevate a man to the first honors in a single State; but it will require other talents, and a different kind of merit, to establish him in the esteem and confidence of the whole Union, or of so considerable a portion of it as would be necessary to make him a successful candidate for the distinguished office of President of the United States.

In other words, the Electoral College assures that an elected president has broad support across the nation, not merely overwhelming support within a narrow geographic area. This assurance was important even when our nation had fewer than four million citizens. Today, the populations of five of the six contested states are much larger than that. Moreover, the circumstances today of living in a big city vs. a rural area within Georgia are as disparate as the circumstances two centuries ago of living in New York vs. New Hampshire.

Earlier in Federalist 68, Hamilton explains another benefit of the Electoral College:

Nothing was more to be desired than that every practicable obstacle should be opposed to cabal, intrigue, and corruption. … The business of corruption, when it is to embrace so considerable a number of men, requires time as well as means. Nor would it be found easy suddenly to embark them, dispersed as they would be over thirteen States, in any combinations founded upon motives which, though they could not properly be denominated corrupt, might yet be of a nature to mislead them from their duty.

That is, the Electoral College provides, among its benefits, a “ripstop” against corruption. If one state’s electors become corrupt, the impact of those corrupt electors is limited to the number of electoral votes commanded by that one state.

But several small rips—16 in Georgia, 10 in Wisconsin, 11 in Arizona, 20 in Pennsylvania, 16 in Michigan, and 6 in Nevada—can still add up to one big rip in the fabric of election integrity for the nation.

To be sure, states need to root out corruption in their elections. But, as has been shown in the aftermath of the 2020 election, that task is not so easy, especially in the face of political and media opposition. The states need a system like the Electoral College as a ripstop against any corruption that may persist. That system already has been authorized in Article II of the Constitution, practiced by numerous states in the past, and reaffirmed by Judge Ludwig: The state legislature, which is elected by popular vote, should appoint the electors. Or, the popular vote should be by state district. No matter how many undetected fraudulent votes there are to elect a particular legislator or win a district, that legislator or district gets only one vote in the selection of presidential electors. That limit of one vote per legislator or district is the ripstop.

The House of Representatives’ being to be elected immediately by the people, the Senate by the State legislatures, the President by electors chosen for that purpose by the people, there would be little probability of a common interest to cement these different branches in a predilection for any particular class of electors.

The passage indicates that Hamilton favored a popular vote for selection of presidential electors, in the interest of checks and balances. Unfortunately, however, the direct election of senators required by the 17th Amendment has upset the checks and balances described by Hamilton. Some balance can be restored if state legislatures, now deprived of choosing U.S. Senators, reassume their authority to choose presidential electors. Moreover, even under the present-day manner of selecting electors, the public does not vote directly for electors; a slate of electors is selected after the public election. Finally, whatever Hamilton favored, the Constitution clearly leaves the manner of selection of electors up to the state legislatures.

Trent England, writing in Imprimis, nicely summarizes these benefits of the Electoral College as “protections against regionalism and fraud.” He presents numerous examples of how these protections have worked in the past.

In the present and future, the contested states in the 2020 presidential election need their legislatures to serve as “protections against regionalism and fraud”—as ripstops against corruption in the big city-regions of Atlanta, Milwaukee, Detroit, Philadelphia, Las Vegas, and Phoenix. These protections are needed by all of America.

Numerous Democrats have proposed abolishing or circumventing the Electoral College, packing the U.S. Supreme Court with many more than nine justices, packing federal Circuit and District courts, granting statehood to D.C. and  Puerto Rico to add four more Democrat senators, subdividing California to add even more Democrat senators, adding millions of new citizens through amnesty for illegal aliens, and removing the Senate filibuster—actions that could help them to subvert the Constitution and to obtain one-party rule forever. Democrats play hardball.

President Trump is popular because he is a Republican willing to play hardball. Like him or not, that is what Republicans need to learn from him: Play hardball—not to subvert the Constitution, but to defend it.