One of the innumerable destructive consequences of an almost 250-year-old error in economic theory made by Adam Smith. 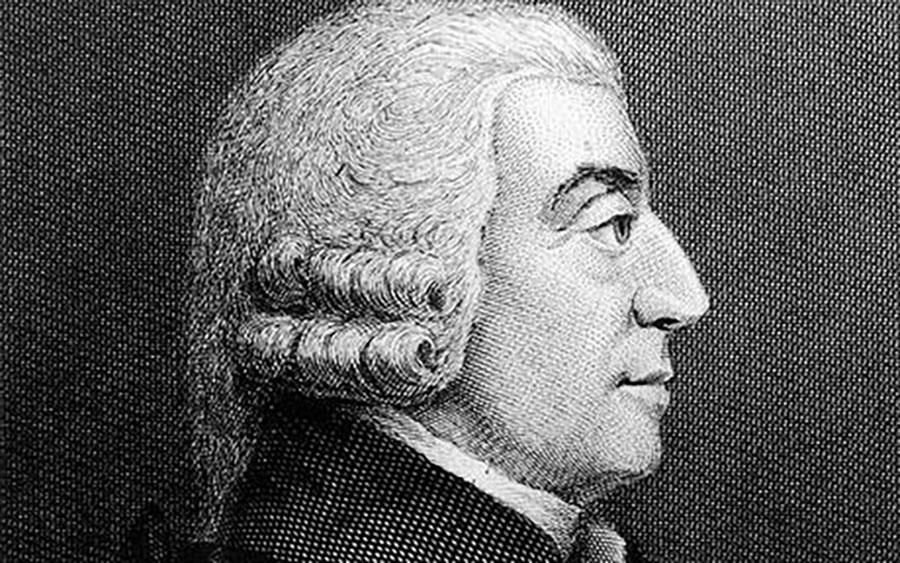 The discontent and unrest that followed the 2020 presidential election was, at least in major part, one of the innumerable destructive consequences of an almost 250-year-old error in economic theory made by Adam Smith: namely, the belief that profits are a deduction from wages. (See the first eight paragraphs of chap. 8 , bk. I, of The Wealth of Nations.)

This error is the basis of the Marxian exploitation theory, which holds that profits are stolen from wage earners by a comparative handful of capitalist exploiters who, under a system of unhampered, full-bodied, laissez-faire capitalism, reap enormous profits by compelling the masses of wage earners to toil eighteen hours a day for subsistence wages under brutal and dangerous working conditions that apply even to the labor of small children, whose work is necessitated by the insufficiency of the earnings of their parents. It is present, at least implicitly, in practically all debates about tax, spending, and labor and social legislation. (All references to Marx are to vol. I of Das Kapital.)

This view of things is the foundation of demands for the “expropriation of the expropriators” and the establishment of socialism, which will allegedly give back to the wage earners what the capitalists have stolen from them and continue to steal from them.

This view has been the foundation of most of the major policies of the Democratic Party at least since the time of Woodrow Wilson and the “progressive” movement, with progress being understood as movement toward socialism. Today, it is prominent as never before in the far-left agenda of the Biden Administration. Its influence has become so great that it permeates the thinking even of the alleged capitalist exploiters themselves, many of whom apparently seek redemption by pouring fortunes into the financing of far-left causes and so present the spectacle of capitalist “exploiters” themselves acting as veritable communists, following in the footsteps of Friedrich Engels, the wealthy capitalist who was both the collaborator and the financial patron of Marx.

The fact is that capitalists do not deduct profits from wages or “exploit” wage earners. Capitalists do not create the phenomenon of profit. The existence of profit is logically prior to the existence of capitalists. Indeed, if there were no capitalists but only manual workers producing and selling products, as Smith and Marx claimed was the case in their respective imaginary constructions of “the original state of things” and “simple circulation,” the rate of profit would be infinite. The truth is that the existence of capitalists serves to reduce the rate of profit. Indeed, their saving and the expenditure of their savings in the form of wage payments and expenditure for capital goods has served in the industrial countries of the world both to reduce the rate of profit to just a few percent and progressively to raise the standard of living of the average wage earner to a level far surpassing that of kings and emperors of past ages.

However ironic this may be, a good way to understand the truth about profits is by using the distinction Marx makes between simple circulation and “capitalist circulation.” Simple circulation refers to conditions in which workers produce commodities, “C,” which they sell for money, “M,” that they then use to buy other commodities, “C.” Marx describes this sequence as “C-M-C.” Under capitalist circulation in contrast, the starting point is not the production of commodities by workers but the outlay of money by capitalists, who pay for the construction of factories, for the machinery that fills them, for supplies of materials, and the wages of workers while the commodities later to be sold are in process of being produced. Marx describes this sequence, that constitutes capitalist circulation, as “M-C-M.”

As I say, what the capitalists are responsible for is not the phenomenon of profit but the first “M” in Marx’s “M-C-M” sequence, that is, for expenditures for capital goods and wage payments. These expenditures all show up, sooner or later, as costs of production that are deducted from the second “M” in Marx’s sequence, representing capitalist circulation.

Now this second “M” is equally present in simple circulation. In both types of circulation, it is the money for which the commodities produced are sold. It is sales revenues.

Thus, Marx’s simple circulation is a situation in which 100 percent of the sales revenues are profit. There is also no accumulated capital in the form of a monetary book value of land, plant, equipment, or inventory, for no such assets have been purchased. (Their having been purchased would require capitalist circulation, which is precluded by the requirements of simple circulation.) Thus, we have a situation, in which not only do profits equal 100 percent of sales revenues, but also the rate of profit is determined by the division of that amount of profit by a zero amount of capital invested. Division by zero, of course, results in infinity.

In simple circulation, only workers receive incomes, but the incomes they receive are profits, not wages. In simple circulation, there are no wages paid in the production of products for sale. Such wages, and the expenditure for capital goods, come into being only under capitalist circulation. And as capitalist circulation intensifies, something which can be expressed by dividing the first “M” by the second in Marx’s sequence for capitalist circulation, the economy wide profit margin declines. This is because the costs of production emanating from the first “M” grow as the result of its increase relative to the second “M,” which is sales revenues. And, of course, the economy-wide average rate of profit on capital invested declines even further as a larger first “M” in Marx’s sequence results in a book value of capital assets that is greater than sales revenues.

In conclusion, what capitalists are responsible for is not the phenomenon of profit, but the expenditures that include wage payments and that show up as costs of production to be deducted from sales revenues and correspondingly reduce the proportion of sales revenues that is profit. The capitalists’ expenditures are also responsible for the accumulation of the monetary value of property, plant, equipment, and inventory/work-in-progress, which serves further to reduce the average rate of profit, as a smaller economy-wide profit margin is divided by a larger capital base.

And one last point: Capitalists work. Their ranks include the primary workers in the economic system: those who supply guiding, directing intelligence at the highest level in firms. This work is a labor of thinking, planning, and decision making, rather than manual labor. As such, their income tends to vary with the size of the capitals they employ. Just as a worker digging a hole with a steam shovel, is still the party who digs his vastly larger hole than a worker using a conventional shovel, because it is he who supplies guiding, directing intelligence to the steam shovel, so a capitalist with ten billion dollars of capital may produce ten times the output as one who has just one billion of capital. In both instances it is the capitalist who is the party who supplies the guiding, directing intelligence at the highest level. Thus, just as one says, it was Columbus rather than his crew members who discovered America (or did say this in the days when people identified with the ideas, values, and perspective of Western Civilization rather than the racial membership of their ancestors), so it is capitalists like Ford, Rockefeller, and their contemporary counterparts who should be named as the producers of their companies’ products. The employees are to be regarded as their helpers (the “help”) in producing their, the capitalists’ products.

I have certainly not answered in these few paragraphs every possible question concerning the justice and fairness of the profits earned by capitalists, but I believe I do so in my book Capitalism: A Treatise on Economics (see in particular, pp. 473-500 and 603-673.) So, I will simply stop here and hope that the reader will turn to those pages and read and study them. If enough people do so, that will be the end of Marxism and all of its destructive consequences resulting from its doctrines of exploitation and class conflict, for people will then realize that there is no exploitation of labor and no class conflict under capitalism and its economic freedom but rather a profound class harmony between capitalists and wage earners.