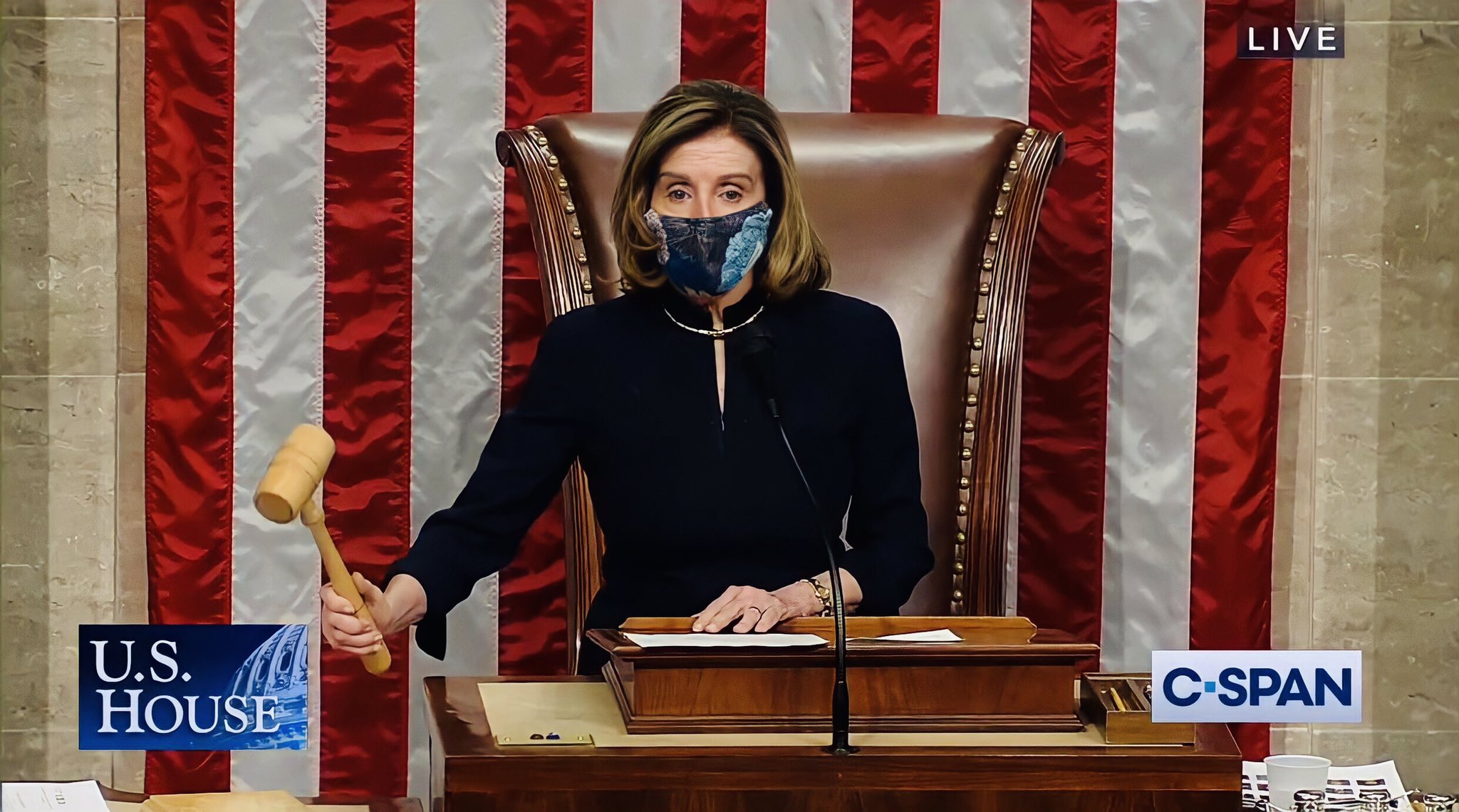 Perhaps you’ve heard the story of the guy who – after jumping from the 50th floor of a skyscraper – is asked how he’s doing as he falls past the 20th floor. “So far, so good!” he replies. That blissfully unaware individual headed toward his doom is, my fellow Americans, us. And we’re heading there not because Dr. Seuss Enterprises decided to stop the publication of six books.

It’s because of increasingly extremist policymaking like the Democrats’ $1.9 trillion “American Rescue” plan, which has little to do with rescuing and everything to do with using the pandemic as an excuse to move the country closer to a progressive paradise. While it passed along party lines, the outrage from the Republican and its tabloid media sycophants was rather tame.

The latest $1.9 trillion addition to the federal debt is best described as a left-wing slush fund: extra generous UBI-like child allowances and child-care subsidies, four-figure checks sent to people financially unaffected by the pandemic, more Obamacare subsidies, bailouts for union pensions and airlines, and even more largesse for state and local governments that either don’t need it or don’t deserve it. Meanwhile, much of the GOP remains stuck in Donald Trump’s alternative reality TV show.

I appreciate that people are becoming numb to the numbers, but we’re talking $1.9 trillion of debt-financed federal spending on top of four previous ostensibly Covid-related bailouts: $192 billion from the Families First Act; $2.2 trillion from the CARES Act; $733 billion for the Paycheck Protection Program Enhancement; and then $915 billion for the Response and Relief Act. That’s almost $6 trillion in “emergency” federal spending over the course of a calendar year.

People should care about what this historical fiscal profligacy could mean for the country going forward. And it’s not just size – it’s scope. The left has made no secret of the fact that they’re using the pandemic as a means to a progressive end. In their America, all but a few would receive routine cash handouts from the U.S. Treasury while those few remaining aspects of our lives untouched by Washington’s tentacles would feel its grip. Leftist stalwart Bernie Sanders has proclaimed that Mr. Biden could be “the most progressive president” since Franklin Roosevelt.

People should care because the expansion or creation of programs under the guise of pandemic relief will likely become permanent. As Scott Lincicome notes, “[ARP] sets the stage for more and bigger changes—basic income, universal childcare, Medicare for All, etc.—in the future”. It certainly doesn’t help that Republicans have no credibility when it comes to fiscal responsibility, let alone advocating for smaller government.

Worse, some of these traditional Democratic ideas are getting tacit support from Republicans who are producing their own technocratic variations. Never mind the sadly quaint notion that it is not the role of government to provide taxpayer-paid leave or send checks to almost everyone with kids. It’s Trump’s GOP now and that means vote-buying may as well be an official plank in the party’s platform. Never mind that there is a lot that could be done to remove federal, state, and local barriers that make life harder for individuals and their families. Instead, House minority leader Kevin McCarthy is busy recording himself reading “Green Eggs and Ham” while state and local Republicans remain preoccupied with the ex-president’s electoral fantasies.

Very few seem to care that we’re closing in on $30 trillion in debt, the symptom of our insane spending. In fact, it has become fashionable to claim that we can borrow without fear of a debt crisis or of any consequences. Admittedly, one reason for this belief is that people like me have been warning about the mounting debt and the potential deleterious implications for years. But then there’s that oblivious fellow who jumped from the building, breezing past the 20th floor with a smile on his way to going splat.

As I wrote recently in a piece stating that today’s continued lockdowns weren’t the only tyrannical policy responses to the pandemic :

It’s also true that a full-on debt crisis may not happen for years. But that doesn’t mean that it won’t ever happen. Just looking at the numbers reveals the inevitability of such a crisis. Who will finance our debt when it reaches 300% of GDP? Who will finance the debt Uncle Sam will need to pay for the $101 trillion in unfunded liabilities accumulated by Social Security and Medicare? Debt crises take a long time to develop until they’re suddenly upon us.

And to those who argue that interest rates are low and are projected to remain low, Cochrane responds:

No, interest rates do not signal such problems. (Alan Blinder, covering such matters in the Wall Street Journal, “[i]f the U.S. Treasury starts to supply more bonds than the world’s investors demand, the markets will warn us with higher interest rates and a sagging dollar. No such yellow lights are flashing.) They never do. Greek interest rates were low right up until they weren’t. Interest rates did not signal the inflation of the 1970s, or the disinflation of the 1980s. Lehman borrowed at low rates until it didn’t. Nobody expects a debt crisis, or it would have already happened.

We cannot tell when the conflagration will come. But we can remove the kindling and gasoline lying around. Reform long-term spending promises in line with long-run revenues. Reform the tax code to raise money with less damage to the economy. And today, spend only as if someone has to pay it back. Because someone will have to pay it back.

Indeed, more debt today means more taxes tomorrow. And if interest rates take off, and thus the cost of financing all that debt, well, it won’t be pretty.