Today's environmental activists are so hostile to capitalism that they end up killing animals they want to protect. 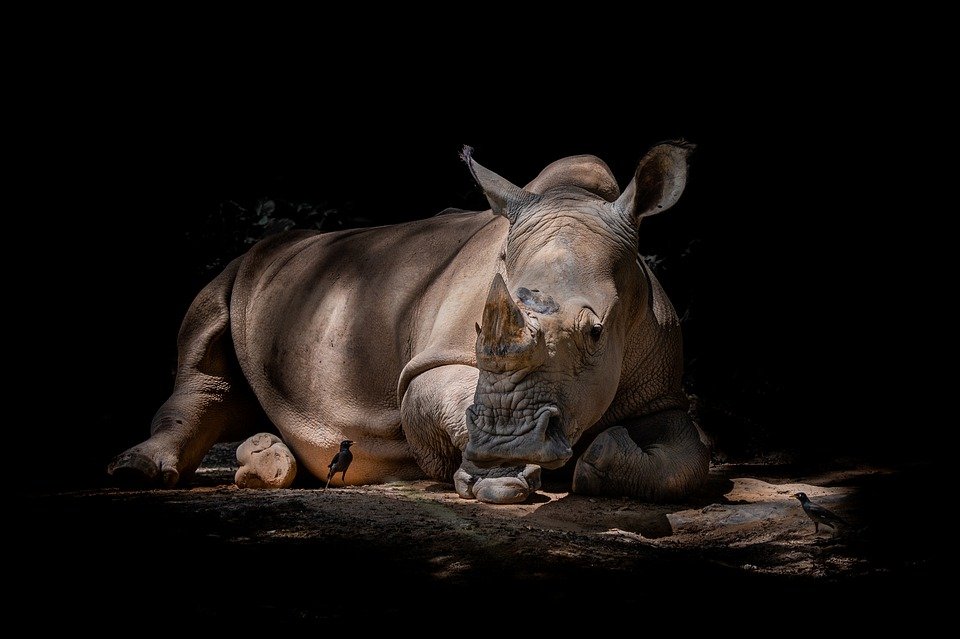 Poachers kill them to get their horns, which can sell for as much as $300,000. Poachers mostly sell in China and Vietnam, to people who carve them into ornaments or sell them as aphrodisiacs. By the way: The aphrodisiacs don’t work.

When I started Stossel TV, my first video covered one man’s attempt to reduce rhino poaching by flooding the market with fake horns.

“One way to devalue something is to create a lot of it,” he explained. “When things are abundant, people don’t fight, kill or steal.”

South Africa, home to the largest number of rhinos, once tried something similar. For 20 years, they allowed people to own rhinos and sell their horns. Rhino farmers put the rhinos to sleep with tranquilizer darts, sawed off their horns (the horns grow back) and sold the horn.

But in 2009, under pressure from “environmental” groups, South Africa banned sales of horn again.

So, I confronted Masha Kalinina of the Humane Society, one of many groups that called Markus’ plan to sell 3D printed horn “greenwashing an illegal activity.”

Kalinina said legalization might increase demand for real rhino horn, as did happen once with elephant tusks.

“It started up a new carving industry in China that had been dormant for decades,” she said.

I pushed back: “It needs to be long enough to bring the prices down, and then people say, ‘Eh, there’s no money in poaching.'”

“The problem is that people still see animals as commodities!” Kalinina responded, “natural resources for their use.”

Well, yes. I do. So what? I eat eggs. Chickens are plentiful because people like me pay for what chickens produce.

Kalinina sneered, “Are we really going to just farm every single animal on this planet so we can endlessly continue supplying this bloodlust and thirst of people to consume wildlife products?”

“Bloodlust?” Give me a break.

Even if you oppose people using animal products, banning sales doesn’t stop the use. It just creates black markets and crime.

When I told Kalinina, “your bans have failed… they are cruel to both rhinos and people,” she replied that “education” is the way to stop poaching. The Humane Society runs ads in Vietnam telling people that rhino horns have no medical value. They claim this campaign convinced many people.

“But what good did it do?” I asked. “People are still poaching the rhinos.”

“It takes time,” she replied. “Time for the trickle-down effect.”

It’s nice that the Humane Society tries to convince people not to buy horn, but it’s outrageous that their hatred of capitalism blinds them to better ideas.

“It’s like the drug war,” I point out. “You can ban things, but if there’s money to be made, poachers will kill animals.”

“This is an endless argument,” she replied. “We can’t live in a lawless society.”

But markets are not “lawless.”

Legal rhino farming or selling fake horn, would save endangered animals. But the environmental groups just can’t see that.

Now researchers from the University of Oxford have produced a new form of fake rhino horn that they say would reduce demand for poached horn.

“Environmental” groups oppose that, too.

Fortunately, South Africa wised up. After my video was first broadcast, officials decided to ignore the complaints from the environmental groups. They re-legalized sales of farmed rhino horn.

After that, the killing of rhinos fell dramatically.