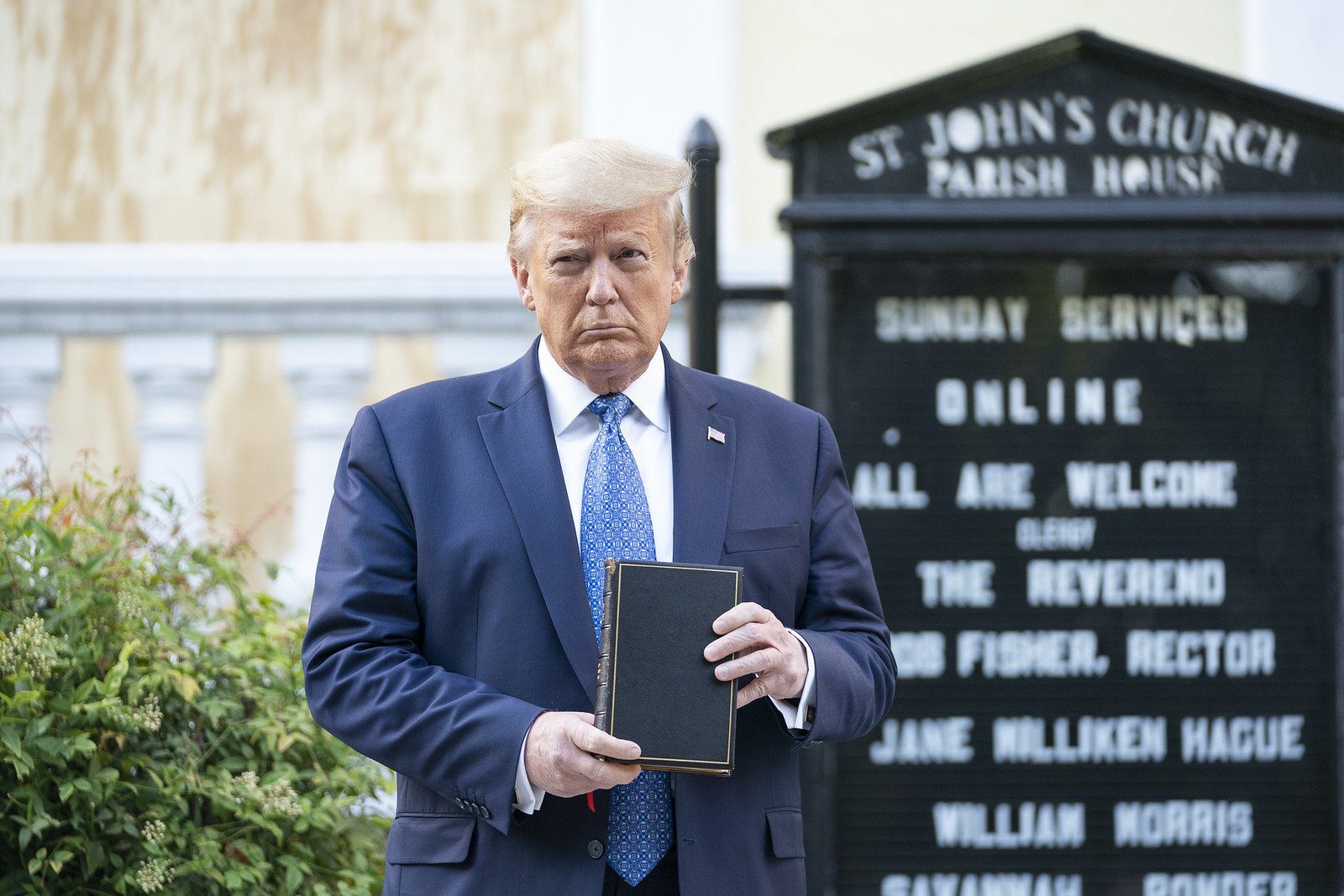 I fear the answer is "Yes" based on the faith of his followers.

Trumpism is likely to persist and grow, despite the near-universal condemnation of the storming of the Capitol and Trump’s role inciting it.

I base my answer on my own intimate knowledge of several Trumpists whom I have known over the years. They are fundamentalist Christians, although at one time one was an atheist. In every material way, they are successful. They have professional careers that they enjoy, have had long and loving marriages, and have raised families that are prospering.

In numerous conversations, I gained insight into how they think. I will address my comments to one prototypical person. This person sees Trump as a savior, perhaps not a religious figure himself (although I know many fundamentalists see Trump as God’s emissary), but as someone who is doing God’s will by fighting for Christianity and a Christian form of Americanism.

The key part of this person’s thinking that bothers me tremendously is that this person does not see ideas or ideology as efficacious. Instead, this person sees the struggle for their kind of world as one that must involve physical power. It is the struggle of Christianity and a Christian Americanism versus the “liberals” or leftist secularists. Since ideas are not effective as a means of waging this fight, there is only one way to wage it: physical force.

As a result, this person sees violent revolution as an eventuality in America. None of the specific people I have spoken with are engaged in such activities. They did not travel to DC for the protest last week and certainly did not storm the Capitol. Nevertheless, I have no doubt that this person would fight and support their side in a future revolution or civil war, should it happen.

A large plurality of Trump’s supporters are fundamentalist Christians. That is the problem. They have faith; their support for Trump is faith-based. This is why they supported Trump despite his non-Christian philandering, crudeness & cursing, and his numerous non-free-market policies such as $2,000 checks, tariffs, and massive spending increases.

But their faith goes beyond Trump. Their faith is in Trumpism, which is a movement that is larger than the man. I am not sure exactly how to define it, but it is a form of fascist thinking, where blind loyalty adheres to a leader. Trumpism is like Peronism (the worship of Juan Peron in Argentina) or Fascism (the worship of Mussolini) or Nazism (the worship of Hitler). It is populism, which will lead to dictatorship.

Trump is clearly a populist because he panders to his “base” with whatever random promise or policy that will appeal to them, whether it is subsidies to farmers, attacking high drug prices, printing relief checks, or even deregulating parts of the economy and bringing some of our troops home. It is a grab-bag of seemingly random actions, but all of them have the common denominator of pandering to feelings, the feelings of Trump himself and his base.

It does not surprise me that Trumpists ultimately see violence as the answer because they have abandoned reason in the ideological realm. Ayn Rand made the connection between faith and force:

“I have said that faith and force are corollaries, and that mysticism will always lead to the rule of brutality.  The cause of it is contained in the very nature of mysticism.  Reason is the only objective means of communication and of understanding among men; when men deal with one another by means of reason, reality is their objective standard and frame of reference.  But when men claim to possess supernatural means of knowledge, no persuasion, communication or understanding are possible. Why do we kill wild animals in the jungle?  Because no other way of dealing with them is open to us.  And that is the state to which mysticism reduces mankind — a state where, in case of disagreement, men have no recourse except to physical violence.  And more: no man or mystical elite can hold a whole society subjugated to their arbitrary assertions, edicts and whims, without the use of force.  Anyone who resorts to the formula: “It’s so, because I say so,” will have to reach for a gun, sooner or later.” [1]

We are seeing it in action with the faith-based approach of Trumpism. Abandoning reason, they must pick up a weapon and physically fight to achieve their objective.

How does this end? I don’t know, but I am worried. One thing that would have made me worry less is if the Republicans had stepped up with a majority of their Senators and Representatives to denounce Trump and join in an impeachment process or other form of censure. But we are not seeing this.

Most politicians are not statesmen and lack the courage of convictions, because they don’t really have any. They are the instruments of the people who elect them. My sense is that Republicans are generally not denouncing Trump because they know that Trumpism is a powerful movement and will endure. They will retain their loyalty to Trumpism because if they don’t, they will lose their jobs in the next election. The mere fact of most Republicans refusing to condemn Trump is evidence that Trumpism has “legs”.

Of course, it is early. Maybe a majority of Republicans will condemn Trump and I will have to revise my forecast of the future of Trumpism. I hope that will happen, but I am not betting money on it.