I was recently asked if I thought “Black Pride,” “Gay Pride” and other forms of ethnic pride were legitimate. 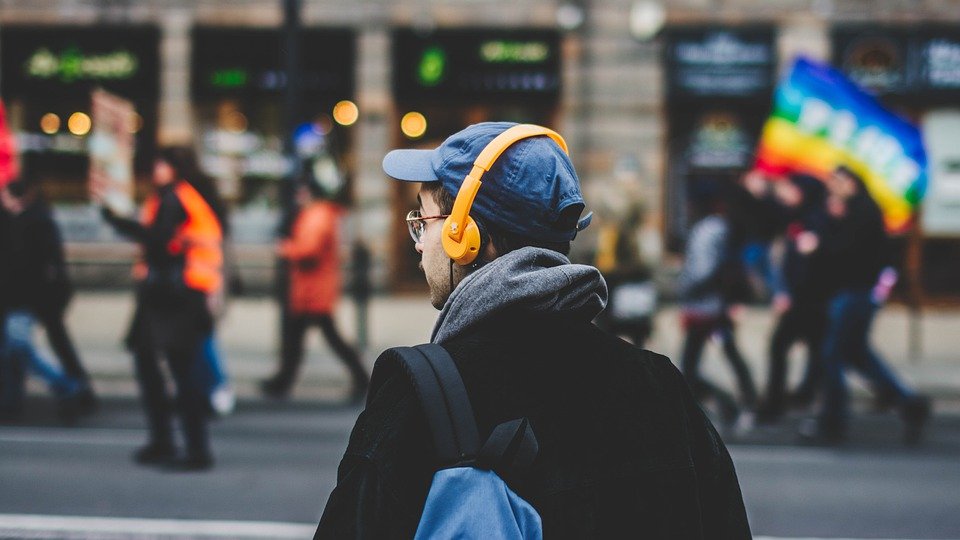 Black lives matter. As a simple three-word phrase, any but the most hardened racist would agree. But then there’s Black Lives Matter, an organization and a movement — and that’s a very different proposition. Today’s culture is full of problematic package deals, but this one has got to be one of the worst. This group has taken a powerful (and I think, true) phrase and managed to attach it to full-blown socialism, if not communism. Because of this, I often see conservatives and Objectivists railing against BLM. There are a couple of problems with this. I don’t know that Facebook tirades ever convince anyone of anything. But more importantly, these outpourings rarely acknowledge the package deal involved in BLM — and the legitimate grievances that fuel support for the movement.

I believe the vast majority of the public has no idea of the terrible political agenda of BLM as an organization. What they are aware of is that minorities are sometimes treated unjustly in our society. You can argue about the statistics on police shootings of blacks, but you can’t plausibly argue that there is not any racism in America (systemic racism is a different argument and not one I’m going to tackle right now). While there seems to be a concerted effort to undermine the legacy of America (Project 1619), the actual history is problematic. America was the first country to be founded explicitly on the premise of protecting individual rights. I think it’s hard for us today to even understand what an incredible (and revolutionary) achievement that was. The founding documents of this country, while not perfect, are inspiring and remain (rightfully) a beacon to the world. BUT, the Founders were human and products of their time — and they left in place a heinous practice that contradicted everything they had fought for: slavery. Even after slavery was abolished, it took another 100 years before the government finally treated African-Americans as equal under the law.

It’s only been a little over 50 years since then, and to imagine that any lingering racism has vanished is staggeringly naive. As the parent of a mixed-race child raised in progressive Southern California, I was stunned when my teenage son made a point of telling me that he “also” found black women attractive. It had never occurred to me that he would even think to categorize and separate women in this way. I would have sworn I’d raised him in a “post-racial” world. We had a wide circle of friends and family of all races, but somehow he’d learned that white women and black women were distinct in terms of their attractiveness, and that some people exclusively liked one or the other.

I bring this up, because I was recently asked if I thought “Black Pride,” “Gay Pride” and other forms of ethnic pride were legitimate. The person asking thought it was silly to feel proud of traits you had no control over. You didn’t choose or “earn” your ethnicity or your sexuality, and so wasn’t feeling pride about them just perpetuating the (mistaken) idea that people should be judged by these traits?

Here again, we’ve got one of these tricky package deals. To the extent that people are proud of these unchosen traits as such, then yes, I think this is profoundly mistaken and inadvertently feeds into the very phenomenon they are trying to overcome. The achievements (or flaws) of your ancestors or peer group have no bearing on your merit as an individual. It is a mistake to feel pride for what others of your race (or sexual orientation or “tribe”) have accomplished — and is it also wrong to feel shame for their crimes (“white guilt” and “white shame” are increasingly common among “woke” folks). This kind of insanity just reinforces the collectivist thinking that underpins racism. This is the polar opposite of the world Martin Luther King Jr. dreamt of, in which people would be judged solely on “the content of their character.”

But there is another sense in which pride (Pride) is justified — and important. Let me explain.

When you grow up black (or brown) in a world that is still in the process of outgrowing racism, there are myriad signals, large (getting called the “N word”) and small (all the beautiful people everyone admires look a certain way and it’s not the way you look) that can chip away at your self-esteem. Often the people and programs supposedly trying to help your community (racial preferences and quotas) subtly reinforce feelings of inferiority (white people don’t need special treatment). Sometimes your own community adds to these feelings by telling you to “stop acting white” when you speak proper English, work hard for good grades, or show interest in “white things” like classical music. So, to grow into a psychologically healthy adult with self-esteem is a huge achievement (it’s an achievement for anyone, really, but especially so under these circumstances). That is why I don’t have a problem with Black History Month. I hope that one-day such things will not be necessary, but clearly we are not there yet, and in the meantime, young minorities need positive reinforcements like these to counteract all the negative messages they get every day.

The case is similar for “gay pride.” Being attracted to someone of the same sex is nothing to feel proud of. But nor should it be something to be ashamed of. And when so many people in the culture (from parents to politicians and religious leaders) try so hard to inculcate shame in gay people, emerging as a gay adult who is able to enjoy their sexuality without shame or guilt is an achievement, and worthy of pride. That is the sense in which Gay Pride celebrations are not just legitimate, but actually needed and positive events.

There is no doubt that gay kids and black and brown kids today have it much easier than young people of previous generations. But it is nonetheless still true that most straight white kids don’t have the same baggage to overcome that minority kids do. And although I don’t like the term “white privilege,” the same can be said for adults in our society. So, by all means, when BLM or Gay Pride or other such topics come up, criticize the bad aspects of these package deals. Don’t hold back in pointing out the viciousness of the socialism that BLM promotes, or the hedonism often exhibited in gay pride celebrations. But also recognize that part of what people are responding to are the positive aspects embedded in with the negative. Rather than just posting a diatribe, take the time to tease apart the two aspects and reinforce the good while still attacking the bad. And (at the risk of sounding like a broken record) try to do it with compassion — not just because it’s the right thing to do, but also because you’ll increase your chances of actually being listened to.