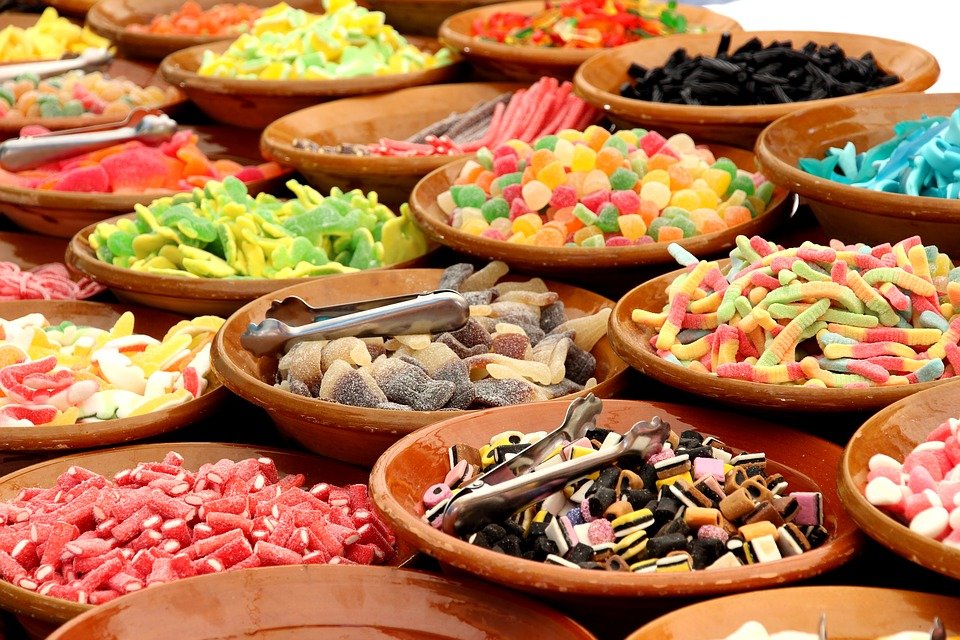 If you want to appreciate the stark differences between a commercial society and a political society, look no further than Halloween, the recent election, and the social media feeds you are keeping tabs on. At its best, of course, social media is a place for sharing important moments and maybe a bit of good-natured joshing, like when some of my friends suffer humiliation because the sports team from my area defeated the sports team from their area. In the runup to Halloween, there are always a lot of funny memes and conversations about which candies are best and which are worst.

Take candy corn. I’m inclined to agree with people who don’t like it: I think candy corn is what happens when wax and sugar just give up on life, and I agree further with those who find it odd that we use corn to make corn syrup out of which we make candy corn. There are also those little generic brown globs that usually come in orange or black wrappers. Everyone agrees that these are horrible, right? And then there are Necco wafers, the little chalk disks which were discontinued in 2018 but which Google tells me have been reintroduced. They should be included in scary stories about Halloween psychos, right up there with laced chocolate and apples with razor blades in them.

Of course, as my pre-Halloween social media experience showed me, some people–some very sick, very deranged, very in-need-of-serious-help people–actually like candy corn. Others even like those little brown blobs. Spangler Candy Company wouldn’t have brought Necco wafers back into existence if it weren’t for the fact that people are buying them–and apparently actually buying them in order to eat them, no less. No matter what disgusting pseudo-candy you find in your kids’ Halloween haul, there’s probably someone out there who actually likes it.

In a commercial society, that’s not a problem. I’ve heard it said that markets turn differences in tastes and talents from blessings into curses. Depending on how badly someone wants a little blob of inedible, calcified goo, you might be able to get something you want from them should you be unfortunate enough to find these at the bottom of your bag.

That has been exactly what we’ve seen over the last few years when we’ve gotten together with friends so our kids can trade candy. My three kids all have different tastes and are therefore able to trade amongst themselves so that a kid who would prefer one more bag of gummies to that last chocolate bar can trade with a sibling who would prefer one more chocolate bar to one more bag of gummies. Things really get going when they get around their friends. A Milk Dud craver might have a bag full of KitKat bars while someone who wants KitKats is searching high and low while lugging around Milk Duds. Things really get going when our kids get together with their friends, and this year was no different. At one point, one of the traders was looking for Swedish Fish. When I expressed confusion, thinking she didn’t like Swedish Fish, I was told, “But my brother likes them”–and that he had something she wanted. The kids started with different endowments and different preferences, and it wasn’t that long before money emerged.

Another friend–an economist, no less–posted on Facebook (and I paraphrase) that mixed nuts are the company saying “We’re diluting the cashews because we hate you.” Of course, a good-natured argument ensued with some participants talking about how they don’t like cashews and with some people pointing out that mixed nuts allow buyers to diversify their snack portfolios. Another economist friend (inexplicably) thinks Whataburger is overrated. The internet is awash in faux outrage over our friends’ commercial and culinary preferences, and it’s all in good fun.

Then there are political posts and “discussions” on Facebook and Twitter (note that “discussions” is in quotes). I’m sure you know the details and have war stories and friends who get their meaning and sense of purpose from their political identity. It makes me wistful for the days when social media channels were where you went to share pictures of what you had for lunch.

So what gives? Maybe people are right that the political other represents an existential threat to all that is good (or even potentially good) in the world, at least until the 2024 edition of The Most Important Election in Our Lifetime™. Maybe how you vote really is a reflection of your innermost being, and there is literally nothing more important than who occupies the White House. Even if we grant this, there is an important and fundamental distinction between the political and the commercial that we don’t appreciate the way we should. In a commercial society people can enjoy candy corn or think Whataburger is overrated and maybe we joke about it but no one takes it too seriously. So what if people enjoy eating Satan’s earwax? So what if even experts fail to appreciate Whataburger? As Thomas Jefferson said, it neither picks my pocket nor breaks my leg.

It really is a wonder when you think about it. If the people in front of and behind me in line at the grocery store vote with their hard-earned dollars for Pepsi, I can still enjoy Coke. In a market where they are guided by profits and losses, people hustle to satisfy people with unorthodox preferences who like RC and other colas. If you don’t want RC, no one is forcing you to drink it or pay for it. Not everyone will be perfectly satisfied all the time, of course: some products flop. Some people are going to be disappointed when something is discontinued, as when people hoarded Necco wafers. On the whole, however, it’s a marvel of diversity and cooperation.

What is true of the commercial isn’t true of the political. In an election, we decide how we wish to compel others to do things they would not otherwise do, and each candidate represents a whole bundle of policies such that voters have to take a lot of chaff in order to get a few kernels of wheat. It’s very hard to unbundle policies the way we’re currently unbundling media. Members of Democrats for Life, for example, faced a tough choice on Election Day: if they voted for a pro-life candidate, they would have to turn their backs on a lot of other issues they might care about. Someone who likes Trump’s judicial appointments and who would like to see him possibly appoint another Supreme Court justice would also have to vote for his immigration and trade policies. What about pro-life free traders who want to end the drug war? Or what about economists who would readily sign on for the no-brainer economic platform? The planks of that platform are things virtually all economists would agree on but that would have no real electoral chance. If we chose soft drinks the way we chose political leaders, a lot of Pepsi drinkers would be disappointed in years when Coke wins and a lot of Coke drinkers would be disappointed in years when Pepsi wins. And people who like RC? They would be doomed to perpetual disappointment.

I’m reminded of something I heard in a speech by Walter Williams. He didn’t mind that communists wanted to be communists. He minded that communists wanted to force him to be a communist, too. When we’re deciding what to do by buying and selling in markets where ideas are tested by profits and losses, people can try all sorts of new ideas and new ways of living. There isn’t much room for diversity and dissent, however, when everything is decided politically. Mass customization and diversity are commercial society’s virtues. Mass regimentation and uniformity are political society’s vices. The stark contrast is clear in the proximity between Halloween and Election Day.