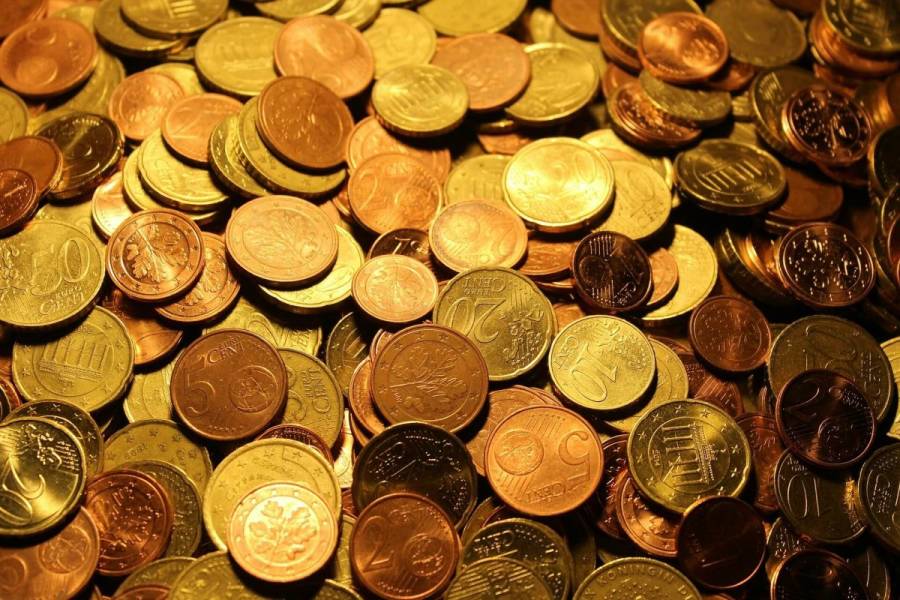 Histories of money are a dime a dozen. Some are comprehensive, others infused by an overarching theory or political agenda, others still are superficial and simplistic.

Jacob Goldstein, of the popular NPR podcast Planet Money, has written a concise, 226-page, easy-to-read overview for anyone who wants an introduction to money without getting a degree in history or economics. The result is interesting, entertaining, and thought-provoking. While a good read by an amusing commentator, his contributions are largely cosmetic and the story itself highly curated, often inaccurate, and oddly incomplete.

It includes most standard topics you would find in more rigorous histories of money: barter and the dispute over money’s origin, John Law, Chinese paper money, fractional reserve banking, the beginning of insurance and annuities, and the birth and practice of central banking. Other revolutionary topics of our monetary past are oddly overlooked: bankers of Italian city states (except the name “bank” from the public benches bankers sat on), the post-war Bretton Woods system, and the Great Inflation of the 1970s and the Great Moderation thereafter.

The relative time spent on each is even more strange than the topics omitted. Too much time is spent on the details of John Law’s bank and nothing at all on Consols or Bills of Exchange ‒ de facto monetary instruments crucial for making the modern world. There’s not enough time on the Wisselbank or the importance of the Bank of England. While glossing over those topics, Goldstein happily dedicates eight full pages to a somewhat inaccurate account of the “Luddites” and machine riots in England in the 1810s and five full pages on William Jennings Bryan’s “cross of gold” speech.

Two-thirds through, we are still on the Great Depression. That’s fine for a history of monetary institutions; not so fine for the modern policy prescriptions he wishes to advance. Throughout the book he does so covertly, dropping notions here and there that every problem can be solved by more money and more centralized control.

Towards the end of the book, Goldstein spends twenty pages on cypherpunks, blockchain, and bitcoin: for all their merits and interesting developments, have our current (fringe) experiments in cryptocurrencies really been so important that they warrant a tenth of a popular book of money?

Every so often we find these snarky parentheses with offhand Goldstein comments, mostly on irrelevant topics (hence the parentheses). What’s more disturbing is that they frequently include unbecoming ridiculing of the past: colonial governments horribly oppressed their subjects; 17th-century aristocracy unfathomably wanted so much spices from the Far East; Athens was “a crappy democracy” by our standards; whale oil for lighting was tragic for the whales; Irving Fisher was into eugenics, “widely popular at the time but is today clearly repulsive and immoral.”

These statements are either trivial (does anybody today disagree?), in which case they have no place, or evangelizing, thus taking away from the main story in favor of advancing an unrelated political agenda.

Another curious observation is Goldstein’s discussion of the stock market. In discussing the early history of short selling in Amsterdam, he explains that the ability to short overvalued assets is a valuable market activity:

“The point of the stock market is not to go up [but to] find the right price for stocks ‒ the price that best reflects all available information about the performance of the company and the state of the world.”

About sixty pages later he seems to have changed his opinion, writing that “the stock market crash of 1929 was (obviously) very bad.” We can debate the consequences of stock market crashes and the 1929 one’s relation to the Great Depression (almost none), but to uphold that the crash was bad ‒ “obviously” so ‒ when a few chapters earlier short sellers were praised for correcting erroneous market prices, is very odd.

The section on the gold standard is, predictably, riddled with errors. Goldstein somehow unveils David Hume as its architect, credited as he is with the price-specie-flow mechanism (even though Richard Cantillon explained it decades earlier). We might have excused that, had he not gone on to misdate the emergence of the gold standard by about a century. He writes that the gold standard began in 1816 when, apparently, the British Parliament “gave up” managing a bimetal currency. Never mind that Britain was just exiting the Napoleonic wars, and hadn’t been on gold for twenty years ‒ and wouldn’t be again for another five.

Traditionally we associate sterling’s move to gold with Isaac Newton’s mismanaged Royal Mint price between gold and silver that caused silver to flow out of the country (a hundred years before Goldstein’s date). Alternatively, we may mean the international gold standard of 1879-1913 which most learned scholars think of today when they talk about the gold standard (half a century after Goldstein’s date).

It gets worse. Remarkably conventional, Goldstein blames the gold standard for worsening the Great Depression. Of course, by that time, the halfway-house gold exchange standard was little more than a dysfunctional time bomb as wartime inflation during WWI and uneven post-war deflation in the 1920s had impaired any semblance of its previous golden anchor. Even so, the gold exchange standard in place at the onset of the Great Depression did not constrain the Federal Reserve from supporting the crumbling banking system: they had plenty of gold available, but chose not to use it.

Every step of the way, Goldstein’s account is mistaken: I am reminded of Luke Skywalker’s line in the battle scene against Kylo Ren in Star Wars: The Last Jedi (“Amazing. Every word of what you just said, was wrong.”).

A final point of contention that runs through the book and is of relevance to his ultimate ‒ and somewhat abrupt ‒ support for Modern Monetary Theory is the distinction between money and wealth. We generally think of money as a token of exchange, the object ‒ or ledger entry ‒ we use to settle debts and transactions, while wealth is the amount of real goods and services that our labor can fetch in the marketplace. More wealth ‒ more real goods and services ‒ makes us richer; more money does not. Insofar as money is, as the British economist and monetary historian John Hicks wrote, “a device which facilitates the working of markets,” more money in a society undersupplied with settlement media is a boost to real economic activity. In those settings ‒ and in those settings only ‒ can more money (media that facilitates trade) make everyone better off (wealth).

This Goldstein does nothing but blurry: using the past as a drunkard uses a light pole ‒ for support, not illumination ‒ Goldstein stumbles from one description of money to the other. The Bank of England, the Dutch East India Company, and ‒ initially ‒ John Law’s Bank Générale made their contemporary economies richer because they increased the scope for productive trade by expanding monetary instruments: an increase in money (settlement media) allowed for a real increase in productivity (wealth). Contentious, but clear enough as a substantive argument.

Then Goldstein turns around and writes that the Industrial Revolution meant that everyone had more money, in the sense of ‘wealth.’ At yet another time he uses money in the sense of monetary media (paper), before using it as ‘wealth’ in the very next sentence. In Chapter 9, he again treats “money” as the sum of societies’ productive powers (i.e. ‘wealth’) only to consider gold under the gold standard in Chapter 10 as a monetary instrument; and then argue that “an essential function of money” is debt, contrary to the three traditional functions we usually ascribe to money (medium of exchange, unit of account, store of value).

To Goldstein, the commodity standards he doesn’t understand become “a weird way to run a currency.” Then again, he never took the time to understand the self-regulating mechanisms of market prices and productivity that they incorporate. Likening bitcoin to gold (falsely), he sees only a mechanism to constrain monetary authorities from providing the public with more money.

Top-down planners have always struggled with emergent order and dynamic systems. Without a discernible commissar in place, institutions become “weird,” arbitrary, or random. Money can be anything we like, Goldstein concludes; every monetary arrangement is a choice, which means we can choose whatever we want.

Instead, like Leland Yeager taught us long ago, money is like language ‒ a decentralized, emergent order, that we all make and remake with our every action. You can centrally influence people’s choices by mandating this or that, or nudging them into behaving in certain ways, but people’s actions ultimately constrain what the ruling classes can achieve through monetary means. But Goldstein treats money like it’s the military: as something we can control, commandeer hither and thither, and that it almost always behaves like we imagine it will. It won’t do.