Peace and prosperity normally get a president reelected. But for the last four years, our media, Hollywood, academia, and Democrats have acted anything but normal. 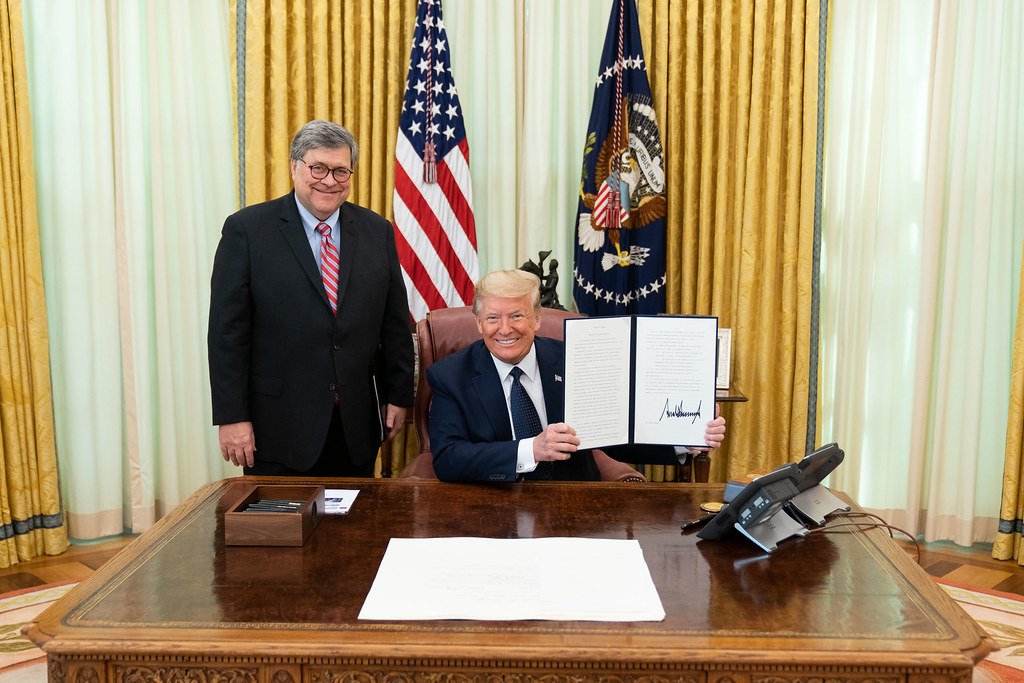 Lost on the President Donald Trump-hating pundits who weighed in on the second and final debate with former Vice President Joe Biden was Trump’s energy and focus. The man just recovered from COVID-19.

Male and 74 years old, Trump is in the “high-risk” category. His weight makes him “comorbid.” Yet, there he was, still throwing heat at the end of the standing 90-minute debate, having spoken earlier that day at a typically raucous love fest/campaign rally. Trump handily defeated Biden, who noticeably tired by the end of this second and final debate.

Yes, nearly all polls show Biden ahead both nationally and in the battleground states. Imagine where Trump would rank in the polls but for the constant, relentless negative media coverage and deranged opposition that would have suffocated the average politician. Nearly one-third of the Democratic caucus boycotted Trump’s inaugural address. Several Democrats never attended a single State of the Union speech.

Immediately after Trump’s election, Democrats attempted to invoke the 25th amendment, arguing that the real-estate-developer-turned-politician lacked the mental fitness to hold a job. To counter this perception, Trump allowed his personal physician to hold a press conference to assure the country and the world that yes, this man is actually sane.

For nearly three years, a special counsel investigated thin and, in retrospect, virtually baseless allegations of collusion, conspiracy and/or coordination with Russia to win the election and to then, presumably, become a Russian stooge. Critics called Trump “soft on Russia.”

Never mind that it was the Obama administration that, to curry favor with the Iranians and Russians, turned its back on missile agreements with Poland and the Czech Republic negotiated during the previous administration. At the beginning of the Obama administration, Secretary of State Hillary Clinton announced their “reset” policy, a major policy redirection to change what President Barack Obama perceived as President George W. Bush’s dangerously hawkish relationship with Russia.

It was Obama who, during the 2012 presidential debate, ridiculed opponent Mitt Romney for calling Russia our biggest geopolitical threat. It was Obama who, on a “hot mic,” told then-Russian President Dmitry Medvedev, “This is my last election … After my election, I have more flexibility” to negotiate a missile defense treaty between our two countries.

Oh, and Trump was impeached on grounds so weak that neither Biden nor running mate Sen. Kamala Harris even bring up impeachment while campaigning.

The New York Times rabidly reported on Trump’s taxes, his critics completely indifferent as to how many laws were broken in order to secure and publish these private tax returns. That clueless “reporters” knew nothing and cared nothing about the distinction between tax evasion and tax avoidance/tax deferral explains why Trump didn’t want his returns made public.

When Trump contracted COVID-19, many Trump-hating Democrats set aside their vaunted compassion-for-the-plight-of-others to gloat that the mask-shunning, anti-science ignoramus got what he deserved. But, the SOB Trump recovered, bounced back, and tested negative on the day of the second debate, where he put on a calm, determined, and possibly outcome-altering debate performance.

Tech giants Google, Facebook, and Twitter suppressed a New York Post “bombshell” Hunter Biden story that appears to show father Joe, despite repeated denials, knew far more about his son’s overseas deals than he told the public. Yet CNN, MSNBC and other “news outlets” claimed they doubted the authenticity of incriminating emails between Biden and others that suggest, at minimum, Joe Biden lied about knowing nothing. That the tech giants and much of the mainstream media either suppressed, ignored, or minimized the New York Post story is a scandal in and of itself. This is, however, an increasingly common occurrence in this era of Trump hatred. Circle the wagons until Joe Biden crosses the finish line.

Trump received little credit for the precoronavirus strong economy. He got little credit for helping negotiate peace deals between Israel and the United Arab Emirates and Sudan. In 2016, then-Secretary of State John Kerry called it fanciful to expect any kind of deal with Arab states without Palestinian involvement. Kerry was wrong. No apology forthcoming.

Trump received little credit for changing policy and pressuring Mexico into stopping the so-called caravans of migrants attempting to cross our southern border. He moved the American Embassy from Tel Aviv to Jerusalem, fulfilling a promise made and broken by past Republican and Democratic presidents.

As for “race relations,” Trump’s list of accomplishments and policies that benefit Black Americans is long and impressive, from presiding over the best unemployment numbers for Blacks in the history of America to signing the First Step Act that allowed prisoners sentenced for crack cocaine, mostly Black men, to have their sentences substantially reduced, with over 3,100 released from prison for good conduct a few months after it passed.

Peace and prosperity normally get a president reelected. But for the last four years, our media, Hollywood, academia, and Democrats have acted anything but normal. Sadly, that has become normal.