The question is if our nation can survive the widespread anti-Trump hate. 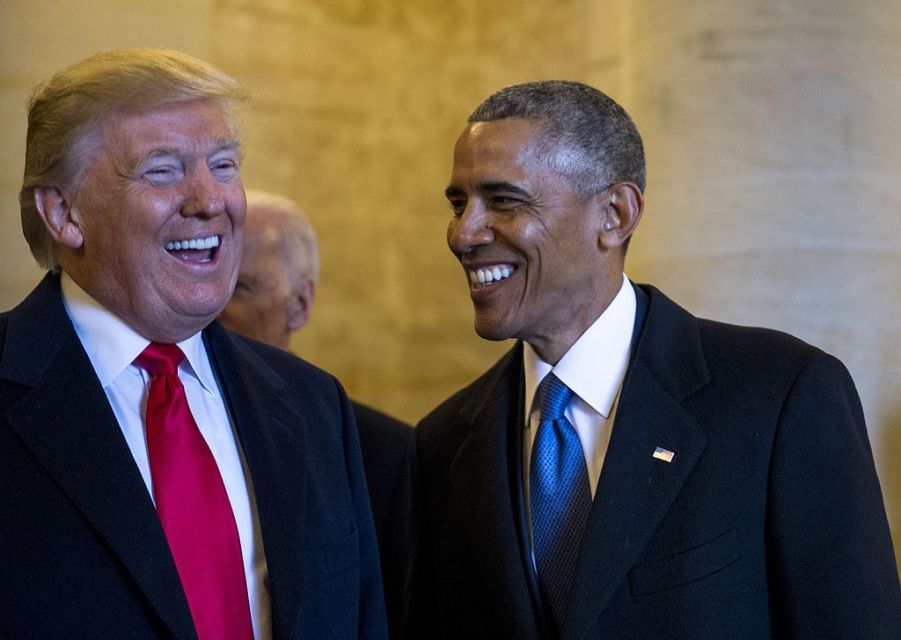 President Donald Trump is not the first president to be hated by a large segment of the American population. In more recent times, there was considerable hate for President Ronald Reagan. Even though the Democratic Speaker of the House Tip O’Neill and Reagan were polar opposites in their politics, they could be friends. Once, when Reagan confronted O’Neill about nasty things that he said about him in a newspaper, O’Neill replied, “That’s just politics, after 6 o’clock we’re buddies — we’re friends.” Politics today has become something not seen in our history. The true tragedy is that many Americans have bought into the hate, destructiveness, and plain nastiness and are seemingly ignorant or uncaring about its long-term consequences for our nation.

Democrats say that if they win the presidency, they would increase the size of the U.S. Supreme Court by appointing justices who would do their bidding — packing the court. One wonders whether they think that a future Republican president would simply ignore what they have done. I doubt it. A future Republican president would resort to the same tactic and appoint justices that would do his bidding. The U.S. Supreme Court would become no less than a super-legislature, subject to the will of politicians.

Last June, the U.S. House of Representatives passed a bill in favor of D.C. statehood. The measure was dead on arrival at the Republican-controlled Senate. But should Joe Biden win the presidency and bring with him majorities in the House and Senate, he would make statehood for D.C. — and Puerto Rico — a political priority. That would give the Democrats four more seats in the U.S. Senate, therefore guaranteeing them a solid majority. But would Republicans accept that without a response? What about splitting up strong Republican states, such as Oklahoma, Kansas, Nebraska, Wyoming, Utah and Idaho. For example, create a West Oklahoma and East Oklahoma or a North Utah and South Utah. That would give the Republicans four additional senators thereby offsetting the new Democratic senators.

You say, “Williams, dividing up states to get greater representation in the House of Representatives and the Senate would violate the Constitution.” The fact of the matter is that making Washington, D.C., a state would violate the Constitution. Article I, Section 8, clause 17 of the U.S. Constitution provides explicitly for a national capital that would not be part of a state nor treated as a state, but rather a jurisdiction under the exclusive authority of Congress, a neutral “district” in which representatives of all the states could meet on an equal footing to conduct the nation’s business.

So, far as dividing up states, Article IV of our Constitution, in part, says, “but no new State shall be formed or erected within the Jurisdiction of any other State; nor any State be formed by the Junction of two or more States, or Parts of States, without the Consent of the Legislatures of the States concerned as well as of the Congress.”

By the way, in 1863, President Abraham Lincoln, who claimed that he was fighting against secession, violated the U.S. Constitution when he proclaimed the admission of West Virginia into the Union. The Virginia state legislature did not vote to support West Virginia’s secession from Virginia.

The bottom-line question is whether our nation can survive the divisions that we see today. Too many people want to blame it all on Trump. How much blame can be put on Trump for the riots, looting and, as Axios estimated, the close to $2 billion in losses from property destruction? What about the murder and shooting of civilians and law enforcement officers? What about the tearing down of monuments, not only those of Confederate generals but of Abraham Lincoln, Christopher Columbus, Thomas Jefferson, George Washington and abolitionist Frederick Douglass?

Perhaps the most tragic aspect of today’s division is that much of it is a byproduct of our education system where young people are taught to hate our nation’s founders and founding principles. However, it is these principles, though practiced imperfectly, that have created the freest and richest nation in mankind’s history. The question is if our nation can survive the widespread anti-Trump hate.