The Illusory “Benefits” of Restricting Trade and Industry

Some persons consider that plunder is perfectly justifiable, if only sanctioned by law. 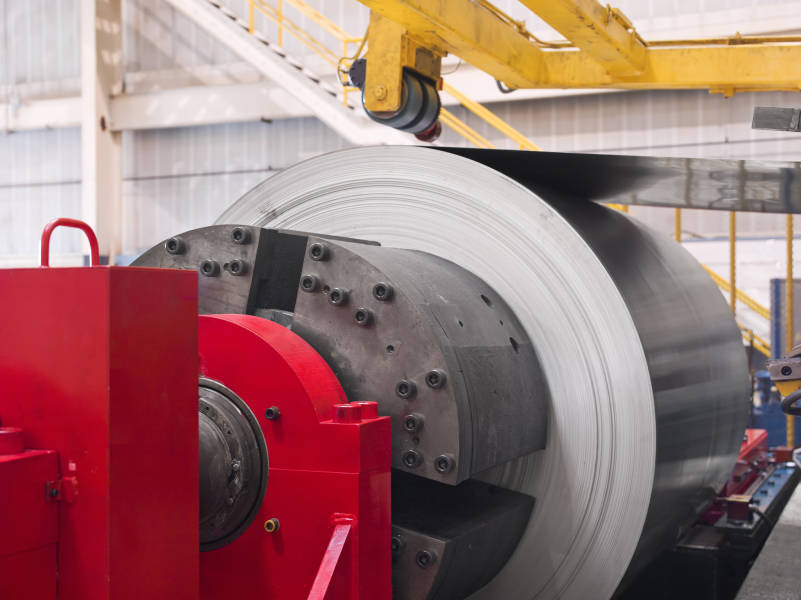 M. Prohibant (it was not I who gave him this name, but M. Charles Dupin) devoted his time and capital to converting the ore found on his land into iron. As nature had been more lavish towards the Belgians, they furnished the French with iron cheaper than M. Prohibant, which means, that all the French, or France, could obtain a given quantity of iron with less labour by buying it of the honest Flemings; therefore, guided by their own interest, they did not fail to do so, and every day there might be seen a multitude of nail-smiths, blacksmiths, cartwrights, machinists, farriers, and labourers, going themselves, or sending intermediates, to supply themselves in Belgium. This displeased M. Prohibant exceedingly.

At first, it occurred to him to put an end to this abuse by his own efforts; it was the least he could do, for he was the only sufferer. “I will take my carbine,” said he; “I will put four pistols into my belt; I will fill my cartridge box; I will gird on my sword, and go thus equipped to the frontier. There, the first blacksmith, nailsmith, farrier, machinist, or locksmith, who presents himself to do his own business and not mine, I will kill, to teach him how to live.” At the moment of starting, M. Prohibant made a few reflections which calmed down his warlike ardour a little. He said to himself, “In the first place, it is not absolutely impossible that the purchasers of iron, my countrymen and enemies, should take the thing ill, and, instead of letting me kill them, should kill me instead; and then, even were I to call out all my servants, we should not be able to defend the passages. In short, this proceeding would cost me very dear; much more so than the result would be worth.”

M. Prohibant was on the point of resigning himself to his sad fate, that of being only as free as the rest of the world, when a ray of light darted across his brain. He recollected that at Paris there is a great manufactory of laws. “What is a law?” said he to himself. “It is a measure to which, when once it is decreed, be it good or bad, everybody is bound to conform. For the execution of the same a public force is organized, and to constitute the said public force, men and money are drawn from the nation. If, then, I could only get the great Parisian manufactory to pass a little law, ‘Belgian iron is prohibited,’ I should obtain the following results: The Government would replace the few valets that I was going to send to the frontier by 20,000 of the sons of those refractory blacksmiths, farmers, artisans, machinists, locksmiths, nailsmiths, and labourers. Then, to keep these 20,000 custom-house officers in health and good humour, it would distribute amongst them 25,000,000 of francs, taken from these blacksmiths, nailsmiths, artisans, and labourers. They would guard the frontier much better; would cost me nothing; I should not be exposed to the brutality of the brokers, should sell the iron at my own price, and have the sweet satisfaction of seeing our great people shamefully mystified. That would teach them to proclaim themselves perpetually the harbingers and promoters of progress in Europe. Oh! it would be a capital joke, and deserves to be tried.”

So M. Prohibant went to the law manufactory. Another time, perhaps, I shall relate the story of his underhand dealings, but now I shall merely mention his visible proceedings. He brought the following consideration before the view of the legislating gentlemen:-

“Belgian iron is sold in France at ten francs, which obliges me to sell mine at the same price. I should like to sell at fifteen, but cannot do so on account of this Belgian iron, which I wish was at the bottom of the Red Sea. I beg you will make a law that no more Belgian iron shall enter France. Immediately I raise my price five francs, and these are the consequences: “For every hundred-weight of iron that I shall deliver to the public, I shall receive fifteen francs instead of ten; I shall grow rich more rapidly, extend my traffic, and employ more workmen. My workmen and I shall spend much more freely to the great advantage of our tradesmen for miles around. These latter, having more custom, will furnish more employment to trade, and activity on both sides will increase in the country. This fortunate piece of money, which you will drop into my strong-box, will, like a stone thrown into a lake, give birth to an infinite number of concentric circles.”

Charmed with his discourse, delighted to learn that it is so easy to promote, by legislating, the prosperity of a people, the law-makers voted the restriction. “Talk of labour and economy,” they said, “what is the use of these painful means of increasing the national wealth, when all that is wanted for this object is a Decree?”

And, in fact, the law produced all the consequences announced by M. Prohibant; the only thing was, it produced others which he had not foreseen. To do him justice, his reasoning was not false, but only incomplete. In endeavouring to obtain a privilege, he had taken cognizance of the effects which are seen, leaving in the background those which are not seen. He had pointed out only two personages, whereas there are three concerned in the affair. It is for us to supply this involuntary or premeditated omission.

It is true, the crown-piece, thus directed by law into M. Prohibant’s strong-box, is advantageous to him and to those whose labour it would encourage; and if the Act had caused the crownpiece to descend from the moon, these good effects would not have been counterbalanced by any corresponding evils. Unfortunately, the mysterious piece of money does not come from the moon, but from the pocket of a blacksmith, or a nail-smith, or a cartwright, or a farrier, or a labourer, or a shipwright; in a word, from James B., who gives it now without receiving a grain more of iron than when he was paying ten francs. Thus, we can see at a glance that this very much alters the state of the case; for it is very evident that M. Prohibant’s profit is compensated by James B.’s loss, and all that M. Prohibant can do with the crown-piece, for the encouragement of national labour, James B. might have done himself. The stone has only been thrown upon one part of the lake, because the law has prevented it from being thrown upon another.

This is not all. I have said that there is always a third person left in the background. I must now bring him forward, that he may reveal to us a second loss of five francs. Then we shall have the entire results of the transaction.

James B. is the possessor of fifteen francs, the fruit of his labour. He is now free. What does he do with his fifteen francs? He purchases some article of fashion for ten francs, and with it he pays (or the intermediate pay for him) for the hundred-weight of Belgian iron. After this he has five francs left. He does not throw them into the river, but (and this is what is not seen) he gives them to some tradesman in exchange for some enjoyment; to a bookseller, for instance, for Bossuet’s “Discourse on Universal History.”

Thus, as far as national labour is concerned, it is encouraged to the amount of fifteen francs, viz.: — ten francs for the Paris article; five francs to the bookselling trade.

As to James B., he obtains for his fifteen francs two gratifications, viz.:
1st. A hundred-weight of iron.
2nd. A book.

James B. pays every centime of his five francs to M. Prohibant, and therefore is deprived of the pleasure of a book, or of some other thing of equal value. He loses five francs. This must be admitted; it cannot fail to be admitted, that when the restriction raises the price of things, the consumer loses the difference.

But, then, it is said, national labour is the gainer.

No, it is not the gainer; for, since the Act, it is no more encouraged than it was before, to the amount of fifteen francs.

The only thing is that, since the Act, the fifteen francs of James B. go to the metal trade, while, before it was put in force, they were divided between the milliner and the bookseller.

The violence used by M. Prohibant on the frontier, or that which he causes to be used by the law, may be judged very differently in a moral point of view. Some persons consider that plunder is perfectly justifiable, if only sanctioned by law. But, for myself, I cannot imagine anything more aggravating. However it may be, the economical results are the same in both cases.

Look at the thing as you will; but if you are impartial, you will see that no good can come of legal or illegal plunder. We do not deny that it affords M. Prohibant, or his trade, or, if you will, national industry, a profit of five francs. But we affirm that it causes two losses, one to James B., who pays fifteen francs where he otherwise would have paid ten; the other to national industry, which does not receive the difference. Take your choice of these two losses, and compensate with it the profit which we allow. The other will prove not the less a dead loss. Here is the moral: To take by violence is not to produce, but to destroy. Truly, if taking by violence was producing, this country of ours would be a little richer than she is.