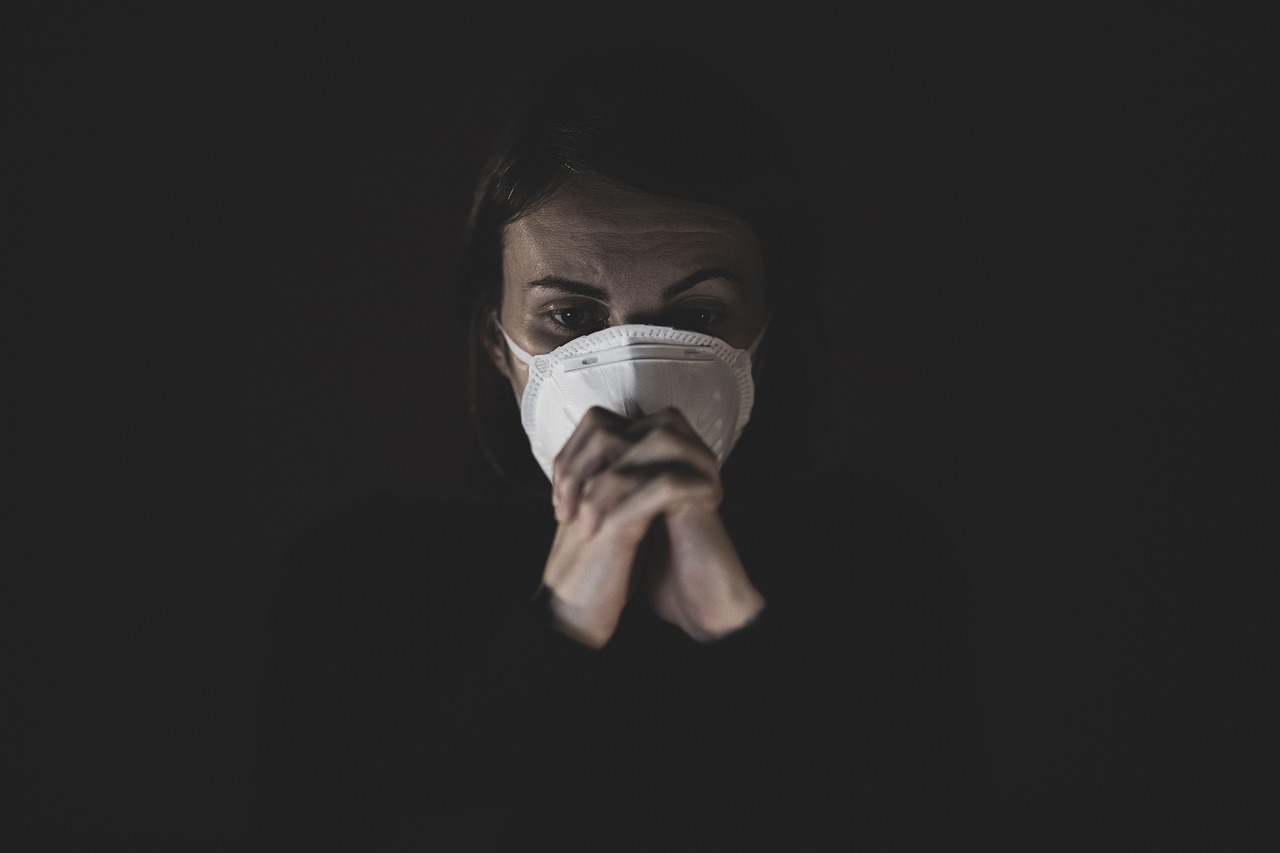 I’m very pleased to announce that my book Liberty or Lockdown is now available at Amazon. It includes a foreword by George Gilder. Below is my introduction.

For most Americans, the Covid-19 lockdown was our first experience in a full denial of freedom. Businesses forced closed. Schools, padlocked. Church, same. Theaters, dead. We were told to stay home, risking fines if we leave and jail if we don’t pay. We couldn’t travel. Separated from loved ones. This job is essential, this one is not. This surgery is cancelled, this one is not. You want a visitor from abroad? Forget it. The neighboring state? Only with a two-week quarantine.

Our world was, in a seeming instant, conspicuously divided between the rule makers and the rule followers, and what those rules would be felt completely arbitrary but strictly enforced. All our civic clichés about freedom, democracy, bravery, and rights were made null and void.

We were forced to spend day after day under effective house arrest, spinning aimlessly in this small and unwelcome world of captivity, wondering about big things previously unconsidered: why has this happened to me, what has gone wrong, why am I here, when will it end, what are my goals, what is the purpose of my life?

It was a transformation for all of us. The darkness came upon us suddenly, even though in the first two weeks of March 2020, we all sensed that something dramatic was happening. The perils of the virus were enough to strike fear but we also knew that in these hyper-political times, a disease would not be regarded as a matter to be addressed between patient and doctor. It would be up to the decisions of the people who happened to be holding power at the time, along with their advisors.

There would be some political response, some test of state powers, though to what extent and what form, we knew not. We could not have imagined in those days that the whole population would come to be subjected to a sadistic social experiment in the name of virus mitigation. We could not have imagined that the whole of the freedoms and rights we had previously taken for granted – choice of leisure, dining, travel, profession, and education – would be taken from us in a matter of days, and only given back slowly over six months (or more).

During those times, we found ourselves controlled by a new social protocol while giving voice to a new and strange language. Forced human separation was given the oxymoronic label “social distancing.” Brutal business closures were called “Targeted Layered Containment” (TLC, which in the American lexicon once meant “tender loving care”). House arrest was rechristened as a “Non-Pharmaceutical Intervention.” We were all made part of an experimental game, encouraged to see ourselves as bit players on bell-shaped curves we needed to help flatten and viral spreads we needed to slow.

We suffered to reduce suffering. We sacrificed to minimize sacrifice. We were banned from gyms for our health, prevented from entering houses of worship for our own edification, stopped from working so that our overlords could do their work on a virus they couldn’t see, and prevented from travelling to stop population movements so that medical professionals could better test, track, and trace us.

What were we allowed to do? Find a new way, without much of what we used to do, such as see friends, hang out downtown, make choices, go here and there. Instead, just watch television. Gorge on old movies since all new releases were stopped. Do video calls. Make quick store runs provided you came right back home. The right to attend a funeral, go to the office, get your teeth cleaned, host a party, go to the beach, buy some shoes, hang a drink at your favorite watering hole, take a trip – it was all suddenly illegal. Our choices were throttled and our lives scripted in the name of public health.

Even as I write, with hints of Autumn in the air, we can’t go to the movies, walk indoors without masks, hold larger parties, or attend events. And it’s not just governments and police we fear but even more so the sternly earnest enforcers among the citizenry, even more zealous than the Centers for Disease Control, itching to report all dissidents to the health police. And for what? Wearing a mask on the chin instead of the mouth, or just on the mouth rather than the nose too, or perhaps for engaging in criminal activity such as walking backwards on a one-way grocery aisle.

I’ve been writing about pandemics and liberty for 15 years. I knew from 2005 that there were plans in place for mass quarantines. I knew from 2006 that there were fanatics out there who imagined that they could use the power of the state to suppress a virus by suppressing our freedoms. The plans were on the shelf and I wrote to warn that it was conceptually possible. Even so, I really never imagined that such would be tried.

Why and how did it happen?

The why turns out to have little if anything to do with the known and settled science on matters of viruses and their mitigation. The prevailing policy ethos that hit us in early March 2020 was borrowed from the most primitive impulses last operational in the Middle Ages: a disease is a miasma from which we must run and hide. Another was from the ancient world: presume everyone is carrying a deadly pathogen. By everyone, I mean, truly. Even children who have near zero susceptibility. Another pre-modern virus practice of our time is basically borrowed from grade-school myths about “cooties” (called “lurgy” in the UK).

These base superstitions were packaged up and delivered unto us all by a highly irresponsible media apparatus hungry for clicks and mind share, and then given the cover of science by the new kids on the epidemiological block: the agent-based modelers. Somehow all law, philosophy, tradition, economics, and even all other medicine, bowed before their wild computer-based projections of mass death. But, they told us, there was a path toward preventing one in six of your friends from dying. You must be locked down and live under their stern rule with governors, prime ministers, mayors, and presidents as their handmaidens.

There were dissidents, top minds from the medical research profession, people with powerful curriculum vitae and prestige positions. Incredibly, their videos were often pulled by the tech giants for violating terms of service. We were dangerously close to achieving full censorship of dissidents. The more implausible the basis for the destruction of our lives the tighter the controls became on the information we could receive.

The politicians panicked. They feared being blamed for any and all deaths from this one virus while forgetting other ailments. The Covid-19 fear drove out every other consideration. It was madness but it was only supposed to last a couple of weeks until it turned out to last six months and longer.

Why didn’t we revolt? Part of the reason was that most of us were in shock. We had to believe that there was some good reason, some rationale, for these policies. But as the weeks and months rolled on, the terrible truth began to dawn on more people. This was all for naught. We destroyed the country, and much of the world, and everything people had worked hard for centuries to build, to try out something that had never been tried before. It didn’t work. The virus took its own path. And today we are left with this wreckage.

As I type today (September 1, 2020), I’m feeling ever vindicated by the research, and ever more optimistic that we are going to get through this, the world will open up again, and we can begin the rebuilding. The work that is before us is not only national, institutional, and economic. It is also psychological. Our lives have been shattered in incredible ways.

We are not the first to go through this. It is something experienced by prisoners, and by previous populations under lockdown.

How do we come back from this? By reflecting, learning, and acting on the promise of renewal. It can happen, but only once we fully come to terms with the stark choice between liberty and lockdown. Liberty is right and it works. Lockdown is wrong and it does not. It’s not complex but it takes courage and determination to live out that principle. The United States was founded on the principle of liberty as a right. We must reclaim that. We must work to take away lockdown discretionary power from our leaders. And we must reclaim confidence and hope in the future.

This book is assembled from my writings over these past months, placed in an ordering that makes sense, and edited to update the information. They cover history, politics, economics, and the relevant science as it pertains, and especially on this latter topic I’ve been very careful to rely on the expertise of others from whom I’ve learned so much.

They were all published by the American Institute for Economic Research (AIER), which found itself in the position of being a major distributor of research and critical analysis of the greatest government-caused crisis in our lifetimes. AIER was perfectly positioned to do this but I must tell you that it has not been easy. We’ve been subjected to denunciation, censorship, shaming, threats and even worse, from people who didn’t believe there should be any dissent.

One more very special person is in my mind now: Warren Smith (1946-2020). He began to correspond with me with enthusiastic encouragement of my writings. His notes meant so much to me, and it was he who encouraged me to assemble this book, and then he even gave a generous contribution to AIER to make it possible. His last note to me was from the ICU unit of the hospital. The next correspondence came from his daughter who informed me of his death. It touched me deeply, and I knew then that I must complete the task. It is to Warren Smith and his memory that I dedicate this book.

The virus will vanish from the public mind as viruses do: inauspiciously as our clever immune systems incorporate its properties into our internal resistance codes. But we will have another struggle facing us in the years ahead concerning what precisely we are going to tolerate from our state officials and how much of a priority we are going to place on retaining our rights and liberties. This choice is something we must all face in our own lives, and then work to see instantiated in the legal structures of societies we hope can maintain their freedom.

Liberty or Lockdown is now available at Amazon

America’s past, is replete with examples of voluntary, cooperative associations which provided for the many needs of the citizenry. One of the most striking examples is the evolution of libraries in pre-Civil War America. Even today, alternatives to tax-sup-ported libraries exist.

Regardless of the reason or rationale, the social effect of affirmative-action policies is to politicize social relationships. And the consequences of this have been everything from systems of privilege and corruption to mob violence and civil war.