How We Know: Epistemology on an Objectivist Foundation By Harry Binswanger

How We Know: Epistemology on an Objectivist Foundation, by Harry Binswanger, is both an in-depth presentation of Ayn Rand's "Objectivist" theory of knowledge and Binswanger's own answers to issues that Rand did not write on, such as, propositions and validation.

How We Know: Epistemology on an Objectivist Foundation, by Harry Binswanger, is an outstanding contribution to our understanding of how we acquire and validate knowledge. As the subtitle indicates, the book is both an in-depth presentation of Ayn Rand’s “Objectivist” theory of knowledge and Binswanger’s own answers to issues that Rand did not write on, such as, propositions and validation.

“The form in which we make conceptual identifications is the proposition. A proposition is the combination of two or more concepts into a single thought, as in “The table is brown,” …

“Some ideas can be validated by direct perception, but other ideas require a multi-step process of validation: proof. [Is the idea derived by logical means?] What is its epistemic status: is it certain, likely, possible—or is it invalid?

The epistemic status of an idea depends upon the evidence supporting it and on the logical validity of the reasoning premised on that evidence… one needs to link [the idea] back to perceived fact. The Objectivist term for this process of going back “down” the hierarchy to prove an idea is: reduction.“ (pages 261 and 262)

Today’s cultural and academic environments foster antipathy towards reason. Our universities turn out theorists, journalists, and commentators who scorn objectivity and seek to enforce “political correctness.” This makes it extra important for us to check our premises and work to objectively separate truth from falsehood.  Paraphrasing a popular aphorism, “if you don’t stand for something (the truth), you’re liable to fall for anything.” How We Know identifies and explains the methods needed to do this critical thinking.

Binswanger has a very clear writing style that makes it easy for the reader to grasp and understand the Objectivist approach to cognition. The book avoids philosophical jargon, keeps technical concepts to a minimum, and gives clear and stark examples for every point, as in describing focus:

“Mental focus is wider and deeper than thinking; it is the precondition of thinking. Focus is the purposeful mental ‘set’ that underlies and drives the process of thought. (Thought is focus sustained on a specific topic, to answer a definite question.) … The essence of focus is purposefulness. To focus is to set and enforce a goal—the goal of gaining a clear, integrated understanding of the world, and of oneself.

Purposefulness is not a static state but a process of steering one’s mind, adjusting its activities to the requirements of attaining full, clear knowledge of reality. To be in focus means to mange the operations of one’s own mind in pursuit of a cognitive goal.” (pages 324, 325)

How We Know is addressed to any intelligent reader and requires virtually no prior knowledge of the history of philosophy or Objectivism.  But it’s also a real treat for those having a more advanced knowledge of the subject. Particularly interesting are Binswanger’s original ideas on: the nature and function of the proposition, the rules of proper definition, the answer to Russell’s paradox, and the introspective evidence for free will. Of particular interest is how he addresses the latter:

“… there is no introspectible process of deliberation that occurs before focusing. … one has to already be in focus to be thinking about anything, including about whether or not to focus. Focusing is therefore unlike other choices, such as that between items on a restaurant menu. One simply either puts one’s mind in gear or one does not.

What … can be said about the form in which one experiences the specifically volitional nature of focus? … how can one introspect one’s volitional control over which state one functions in?

Volition is experienced directly in one’s sense of agency and effort. One cannot avoid being aware of oneself as the active agent in the cognitive process. Initiating and sustaining focus is something that one does, not something that just happens to one. Part of this sense of agency is the experience of effort. It takes an effort to think; it even takes an effort to engage in purposeful sensory­observation. …

Taking charge of one’s mind, setting the goal of full awareness, directing one’s attention, asking oneself questions, making judgments—these are things that one does, as opposed to things that happen to one, as when an idea “pops into your mind” or a feeling “comes over you.” The effort to understand a confusing issue stands in stark contrast to, … a tune that one cannot get out of one’s head…

Consider the contrast with emotions. Emotions are an automatic response. Feeling anger is something that happens to you, not something you do. One says: “I am getting angry,” not: “I am doing angering.” Emotions are effortless responses, based upon stored value-judgments which are triggered super-rapidly by what one perceives. In contrast, naming one’s emotional responses, identifying their causes, judging their actual appropriateness to the facts of the situation—these cognitive acts do require effort. Such reflective analysis does not occur automatically; one must choose to do mental work.” (pages 344 and 345)

The new Kindle version makes How We Know easily accessible to the digital generation of readers, young, and not-so-young.

How We Know: Epistemology on an Objectivist Foundation is a philosophical treasure, a seminal work that breaks new ground and brings us closer to a fully comprehensive understanding of how we know.

FEEL FREE TO SHARE
Alex Bleier
Alex Bleier is an Internet consultant and long time fan and student of Ayn Rand's philosophy works out of Colorado Springs in the beautiful Rocky Mountains. With degrees in Math, Philosophy, and Technical Communication, his extensive experience in computer consulting has spanned the gamut from Fortune 500 companies to Silicon Valley startups. He currently concentrates on Internet systems development, search engine optimization and Internet marketing. Visit his website at alexbleier.com. 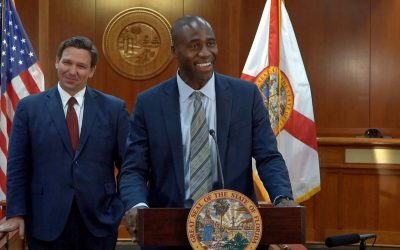 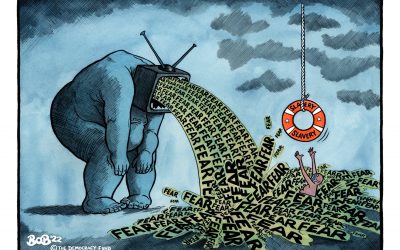