How ironic if, after the media and Democratic leaders' three-plus years of maligning Trump as a xenophobic racist, Hispanic and Black voters help keep Trump in the White House for four more years. 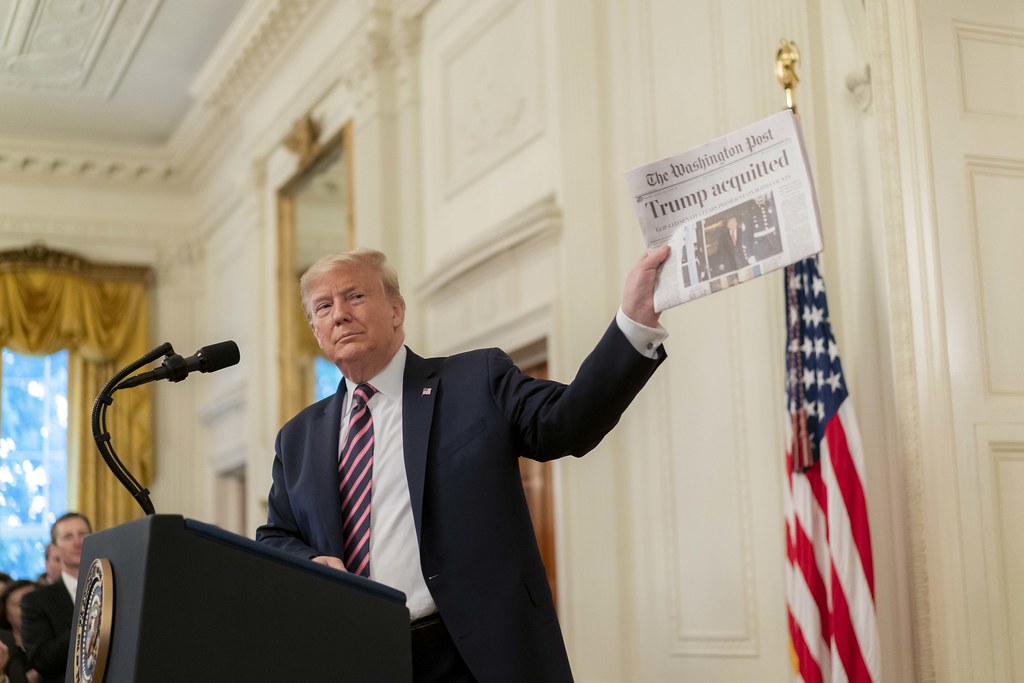 According to a recent Hill-HarrisX poll of registered voters, President Donald Trump’s approval rating just hit its highest mark since June. This may or may not hold after back-to-back alleged “bombshells” about what Trump knew about COVID-19 and about Trump allegedly disparaging fallen soldiers as “losers.”

But still, for Democrats, these new poll numbers are triggering yet another round of head-shaking. After all, the Democratic perception and characterization of Trump is that of a crass, ignorant, xenophobic, incompetent, mass-murdering racist.

How, they ask, can someone who put the “d” in deplorable not find himself universally rejected? Or, as Peter Strzok, the fired senior FBI agent who led the Trump-Russia collusion probe, famously texted about the 2016 election, “Hillary should win 100,000,000-0.”

How, Dems ask, can such an overtly racist president get a 36% approval rating by Black likely voters in a July Rasmussen poll? After all, Trump recently denied the existence of “systemic racism” in law enforcement and said that there are “some bad apples” and cops who “choke” at critical times. Similarly, Attorney General Bill Barr, at a recent House Judiciary Committee hearing on police response to the street protests, also disputed the claim of police “systemic racism.” Barr said:

“I think it would be an oversimplification to treat the problem as rooted in some deep-seated racism generally infecting our police departments. It seems far more likely that the problem stems from a complex mix of factors, which can be addressed with focused attention over time.”

And, in Florida, an NBC News/Marist poll shows Trump and Biden neck-and-neck at 48% each among likely voters eight weeks before the election. Even more astonishing to those who despise Trump because he “hates” Hispanics is that, in Florida, likely Hispanic voters give him a 50% approval rating versus Biden’s 46%.

There are many reasons why Trump is outperforming among Hispanic and Black likely voters compared with the typical Republican presidential candidate.

First, it’s hard to beat, prepandemic shutdown, historically low Hispanic and Black unemployment numbers. Trump supports school choice, enabling urban parents in communities of color to decide whether to send their kid to an often-underperforming government school versus taking the public dollars allocated for their kids to a better school option.

Second, a lot of Hispanics do not like illegal immigration any more than do non-Hispanics.

Third, the daily and nightly street protests and the protesters’ anti-cop rhetoric help make Trump’s “law and order” pitch look pretty appealing. As for the demand to “defund the police,” a Gallup poll performed June 23 to July 6, 2020, found that the percentage of whites who want police staffing to remain where it is or even increased is very close to the percentage of Blacks who want the staffing to remain where it is or to have it increased, at 88% and 81%, respectively.

It has become increasingly clear the goal is not a more “diverse” police force. The chief of police of Rochester, New York, who was fired after the death of a Black man in police custody, is Black. The police chief of Minneapolis, where George Floyd died, is Black and Hispanic. The racial composition of the police departments of New York City and Los Angeles increasingly reflect the racial demographics of their cities. Or, as the left likes to put it, the departments look like their cities.

Chanting protesters in Rochester made their goals clear: “If you don’t give us our s—, we’ll shut s— down.” A Chicago Black Lives Matter organizer defended looting in the city’s Magnificent Mile as “reparations.”

Well, buckle up. According to Mapping Police Violence, 30 unarmed Black men were killed in 2019, a monthly average of 2.5. So, we could easily see 2.5 “police brutality” protests per month. According to Statista, 7,407 Blacks were victims of homicide in 2018 — a monthly average of 617. And it is estimated that 90% of Black homicide victims are killed by other Blacks.

As for defunding the police, rapper Tupac Shakur said in 1994:

“The same crime element that white people are scared of, Black people are scared of. The same crime element that white people fear, we fear. So, we defend ourselves from the same crime element that they’re scared of. You know what I’m saying? While they waiting for legislation to pass and everything, we next door to the killer. We next door to ’em, you know, because we up in the projects, where there’s 80 n—-s in the building. All them killers they letting out, they right there in that building. But just cause we Black, we get along with the killers or something? We get along with the rapists cause we Black and we from the same hood? What is that? We need protection, too.”

How ironic if, after the media and Democratic leaders’ three-plus years of maligning Trump as a xenophobic racist, Hispanic and Black voters help keep Trump in the White House for four more years.