"We have now reached the point where virtually everything that serves black 'leaders' -- dependency, grievance-hunting, racial hype and paranoia -- are major disservices to the cause of advancing blacks, at a time when their opportunities have never been better." 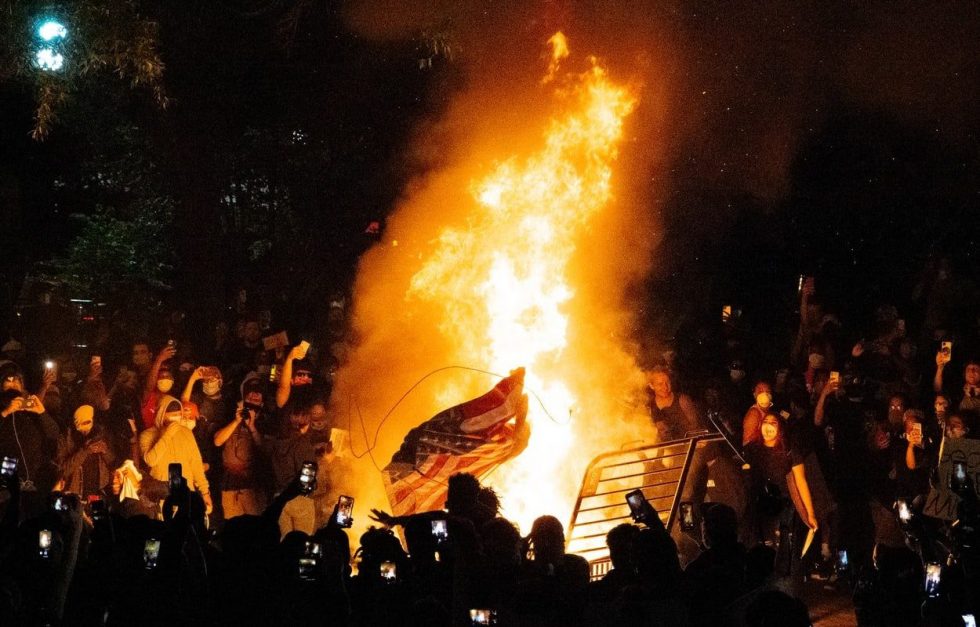 No. 10: CNN’s Chris Cuomo believes people have a right to engage in violence. About the anti-police protests, some violent, CNN’s Chris Cuomo said, “And, please, show me where it says that protests are supposed to be polite and peaceful.” It’s called the First Amendment to the U.S. Constitution: “Congress shall make no law respecting an establishment of religion, or prohibiting the free exercise thereof; or abridging the freedom of speech, or of the press; or the right of the people peaceably to assemble(emphasis added), and to petition the Government for a redress of grievances.”

No. 9: Democratic politicians and the media focus like a laser on the rare occurrence of unarmed blacks shot and killed by white cops. When do the protests start over the approximately 2,600 blacks killed by blacks each year? And this is likely an understated number. About the FBI’s annual crime data, U.S. News & World Report wrote in 2016:

“The most detailed racial data have limits: They are confined to cases in which one person was killed and one person did the killing, eliminating about 17 percent of homicides. Also, police have to know and provide the backgrounds of not only the victims but the perpetrators, too — meaning that thousands of cases left unsolved and with no description of the person who committed the crimes are discounted. In total, about 61 percent of the 15,696 homicides committed in 2015 are excluded.”

No. 8: According to the Bureau of Justice Statistics, in 2015, there were 53.5 million police/civilian contacts. Of those police/civilian interactions, over 10 million result in arrest and charges. Annually, between 50,000 and 60,000 officers are assaulted. Yet, despite all of these interactions — arrests, charges and officer assaults — “only” about 1,000 civilians are killed each year by the police. That is .002% of all of the police interactions.

No. 7: Where were the “defund the police/redirect the money” advocates during the eight years President Barack Obama was in office? The Rev. Al Sharpton visited the Obama White House 72 times in Obama’s first six years, and Obama was close to the Congressional Black Caucus. What, the subject never came up? Did the “systemic, structural, institutional police oppression against blacks” take an eight-year holiday when Obama was president?

About the Obama Department of Justice, in 2014, the left-of-center Politico wrote a piece called “A Lame Civil Rights Record“: “Indeed, a comprehensive review of all available records shows that the nature of the cases brought by the (civil rights) division has not differed much from the Bush administration. In some areas the number of filings in traditional civil rights cases appears to be down — in some areas down significantly. … But much of the time, the vaunted Obama-(Eric) Holder civil rights division has been reactive — responding to complaints filed by outside parties, rather than initiating investigations on its own.”

No. 6: Perhaps at some point, “black leaders” might suggest: “Comply. You won’t die.” Yes, every black child — every child, for that matter — has heard what has been described as “The Talk,” where he or she received parental instruction on how to behave in an encounter with the police. My parents told my brothers and me: “Be polite. Cooperate fully. If you feel you’ve been mistreated, get a badge number or a name, and you’ll be alive to do something about it.” Did we miss the part where our parents added, “Violently resist, and, whenever possible, run”?

No. 5: During the Obama administration, the following black suspects were either killed by the police or died in police custody: Trayvon Martin (by neighborhood watchman) Michael Brown, Alton Sterling, Laquan McDonald, Eric Garner, Freddie Gray, Sandra Bland, Philando Castile and Tamir Rice. Obama’s Department of Justice filed no civil rights charges against any of the cops. In the case of Garner, the Obama DOJ left the decision to the Trump administration, which declined to file civil rights charges against the NYPD officers involved in Garner’s death.

No. 4: Consider the following fact pattern about a recent shooting and killing of an “unarmed” suspect Rayshard Brooks by the Atlanta police: (Black) suspect resists, takes (white) cop’s taser, points it at cop and gets shot and killed. Put the question of whether the man should’ve been shot and killed aside for the moment; had the suspect been white and the cops black, would the outcome have been any different?

No. 3: Can we fast-forward to the part where those who looted and burned later accuse victimized businesses of “racism” should they choose not to rebuild?

No. 2: Thomas Sowell sees a massive gap between the reality of racism and the perception of racism: