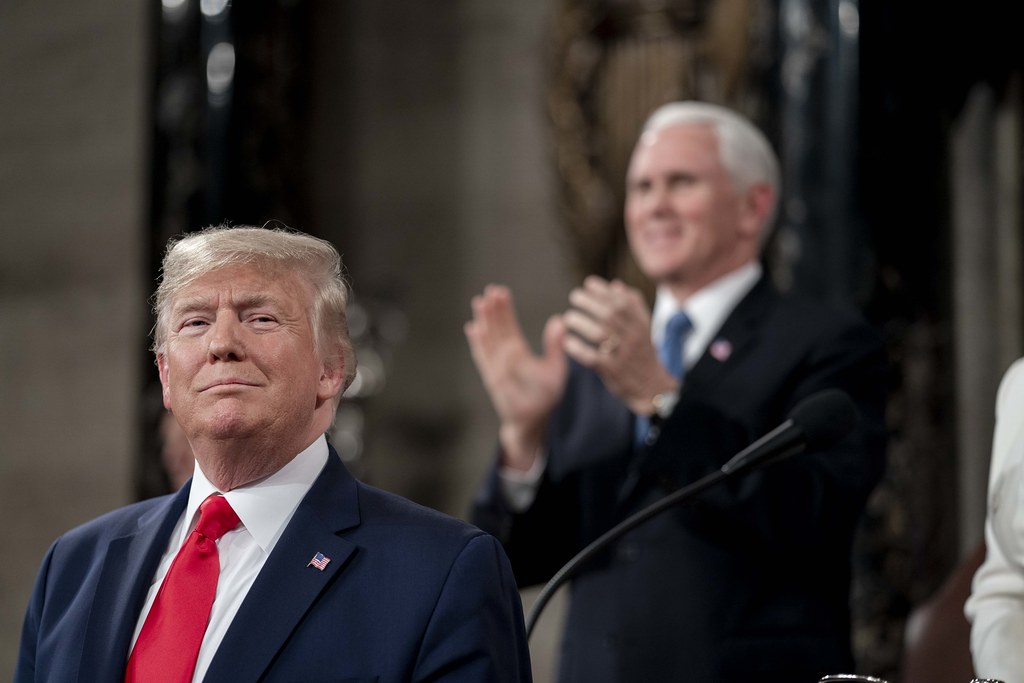 This is what a letter from a populist looks like. It touts money that he has apparently personally handed to me. It is designed to advertise his beneficence, concern, and largesse. It simultaneously appeals to my greed and my fear, the latter my desire for protection from the financial ravages stemming from the pandemic lockdown.

The letter is signed by Donald Trump and it is from the White House. 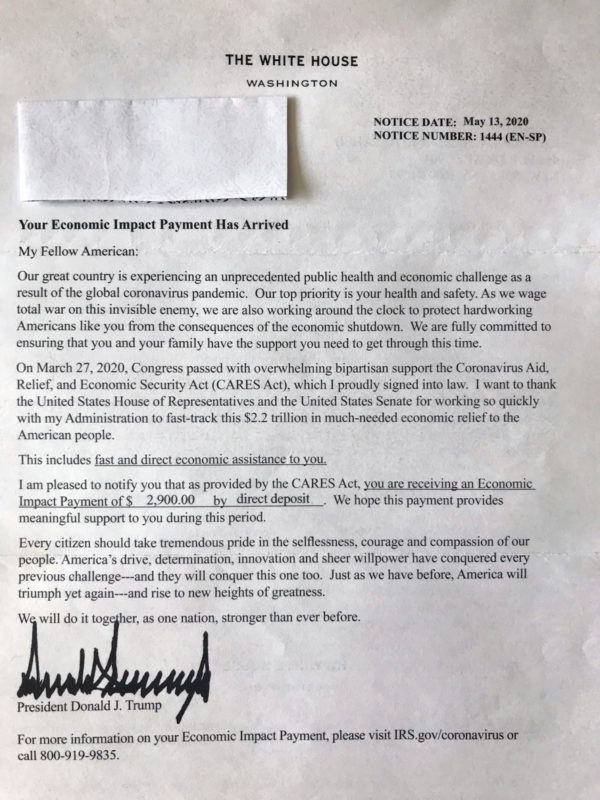 The problem is that this money did not come from Donald Trump or Congress. It is my money. It is your money. It is our money. It is the money from every American taken from us directly via taxes or indirectly via inflation. Then, with a percentage subtracted to pay the politicians’ bills, it is simply handed back to me.

And for that I am to be grateful.

There are many others. In New York City, bridges, roads, and tunnels regularly get named after politicians, sometimes while they are still alive. Below is a particularly egregious example of a low-income housing project that is named after the state representative, Assemblyman Vito J. Lopez, who “gave” it to his constituents. Except it wasn’t his to give, it was the wealth of those and other Americans that was transferred to these constituents.

Notice the words, “Thank you, Assemblyman Vito J. Lopez,” that appear above the building’s entrance. Undoubtedly, this populist building bought him a lot of votes. 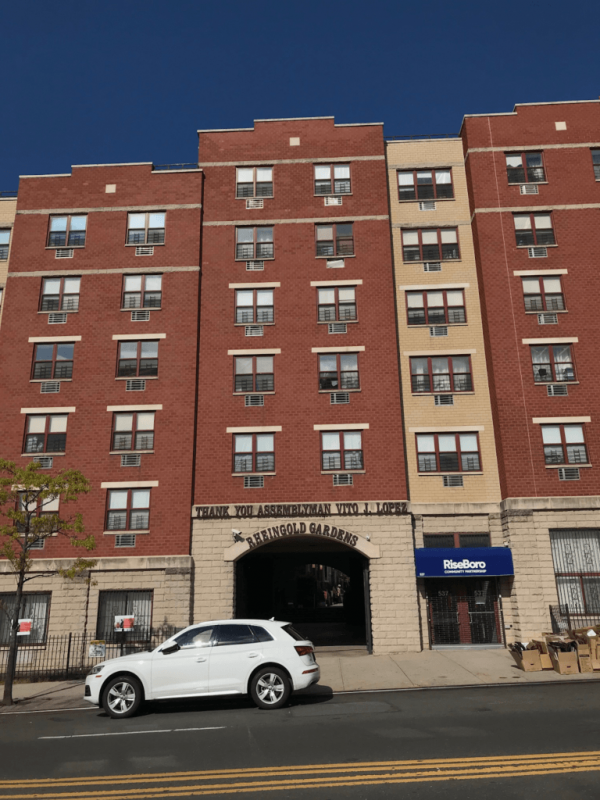 Such populist beneficence is not new. It helped bring down the Roman Empire. The populist Roman tribune Gaius Gracchus established in 123 BC the Roman practice of offering subsidized grain to Roman citizens which, under later emperors, became free grain, and then free bread, and finally, included free olive oil and meat before the Roman Empire completely collapsed in 476 AD. The “bread and circuses,” as the Roman poet Juvenal referred to it, helped bankrupt Rome and destroy the Roman economy since successive emperors paid for the dole by debasing the currency, imposing price controls and, eventually, tying peasants to the land as Roman society degenerated into the serfdom that defined the Middle Ages.

Populist beneficence — using funds taken from the populace via taxation and/or inflation — is a favorite tactic of authoritarian and “banana republic” governments the world over. I saw an example of this several years ago when I was vacationing in Puerto Rico, the U.S. island territory that is currently in a state of bankruptcy because of government overspending.

In nearly every town and tiny, rural village, there was a nearly identical covered basketball court. Most of them appear to have been built around the same time, probably no more than 10 or 15 years ago. Especially in comparison to some of the poorer villages they appeared in, they were lavish and quite expensive; undoubtedly, they were also very popular. They were paid for with funds that the Puerto Rican government had borrowed and now is unable to repay.

The populist program called “Operation Sport” to build free basketball courts and other recreational facilities began in 1951 (p. 66) and over the decades has spread to the point where now even the tiniest of villages has a government-paid-for covered basketball court.

Puerto Rican populism extended on a much larger scale to electricity, which the state-owned electric utility was required to provide for free to any entity connected to the government in any way. During my drive across Puerto Rico, I was told that all sorts of schools and institutions would manufacture a tie to the government, no matter how spurious, so that they could qualify for this “free” electricity, paid for by Puerto Ricans themselves (and ultimately by all U.S. taxpayers, via a partial bailout of the bankrupt territory).

So much electricity was provided for free in Puerto Rico that the electric utility, which had incurred $9 billion in unpaid bills, did not have the funds to quickly rebuild after Hurricane Maria hit the island in 2017. In effect, the Puerto Ricans also “paid” for their free electricity with recurring blackouts that persisted for nearly a year after the hurricane had ended.

The physical evidence of populist largesse in the form of a letter, a bridge, an apartment building, a basketball court, and gratuitous electricity are just a few examples of a populist disease that has become a pandemic. There is hardly an American who does not receive populist largesse in some form:

This is why it is so important to government officials that they attach their names to these programs. It is Donald Trump’s name that appears on the letter with my check. It is the Governor Mario M. Cuomo Bridge that I drive across. It is the Assemblyman Vito J. Lopez housing development that my fellow New Yorker lives in.

Populism is what happens when a republic becomes a democracy, and politicians must curry the favor of voters in order to win office. A democracy in its essence means “unlimited majority rule.” America was not supposed to be a democracy. When the Constitutional Convention had completed its work in 1787, a bystander supposedly asked Benjamin Franklin,

“Doctor, what have we got? A republic or a monarchy?”

Whether these exact words were spoken by Franklin or not, it is clear that the outcome of the Convention was that the United States should be a constitutional republic. Yes, decisions were to be made by representatives elected by majorities, but those majorities could not act to abridge individual rights.

Those individual rights were the rights to life, liberty, and property, in the form espoused by John Locke, which became the model for the rights enumerated in our Declaration of Independence — “life, liberty, and the pursuit of happiness” — and enshrined in the Bill of Rights.

As we find politicians increasingly attaching their names to projects and grants enacted for our “benefit,” don’t fall for their populist sleight-of-hand. That money comes from us, and if they keep getting away with their populist trick, our country will suffer the fate we are choosing for it.