The True Plight of Black Americans is Not “Systemic Racism”

The true plight of black people has little or nothing to do with the police or what has been called "systemic racism." Instead, we need to look at the responsibilities of those running our big cities.

While it might not be popular to say in the wake of the recent social disorder, the true plight of black people has little or nothing to do with the police or what has been called “systemic racism.” Instead, we need to look at the responsibilities of those running our big cities.

Some of the most dangerous big cities are: St. Louis, Detroit, Baltimore, Oakland, Chicago, Memphis, Atlanta, Birmingham, Newark, Buffalo and Philadelphia. The most common characteristic of these cities is that for decades, all of them have been run by liberal Democrats. Some cities — such as Detroit, Buffalo, Newark and Philadelphia — haven’t elected a Republican mayor for more than a half-century. On top of this, in many of these cities, blacks are mayors, often they dominate city councils, and they are chiefs of police and superintendents of schools.

In 1965, there were no blacks in the U.S. Senate, nor were there any black governors. And only six members of the House of Representatives were black. As of 2019, there is far greater representation in some areas — 52 House members are black. Nine black Americans have served in the Senate, including Edward W. Brooke of Massachusetts, Carol Moseley Braun and Barack Obama of Illinois, Tim Scott of South Carolina, Cory Booker of New Jersey, and Kamala Harris of California. In recent times, there have been three black state governors. The bottom line is that today’s black Americans have significant political power at all levels of government. Yet, what has that meant for a large segment of the black population?

Academic liberals, civil rights advocates and others blamed the exodus on racism — “white flight” to the suburbs to avoid blacks. But blacks have been fleeing some cities at higher rates than whites. The five cities whose suburbs have the fastest-growing black populations are Miami, Dallas, Washington, Houston and Atlanta. It turns out that blacks, like whites, want better and safer schools for their kids and don’t like to be mugged or have their property vandalized. And like white people, if they have the means, black people cannot wait to leave troubled cities. 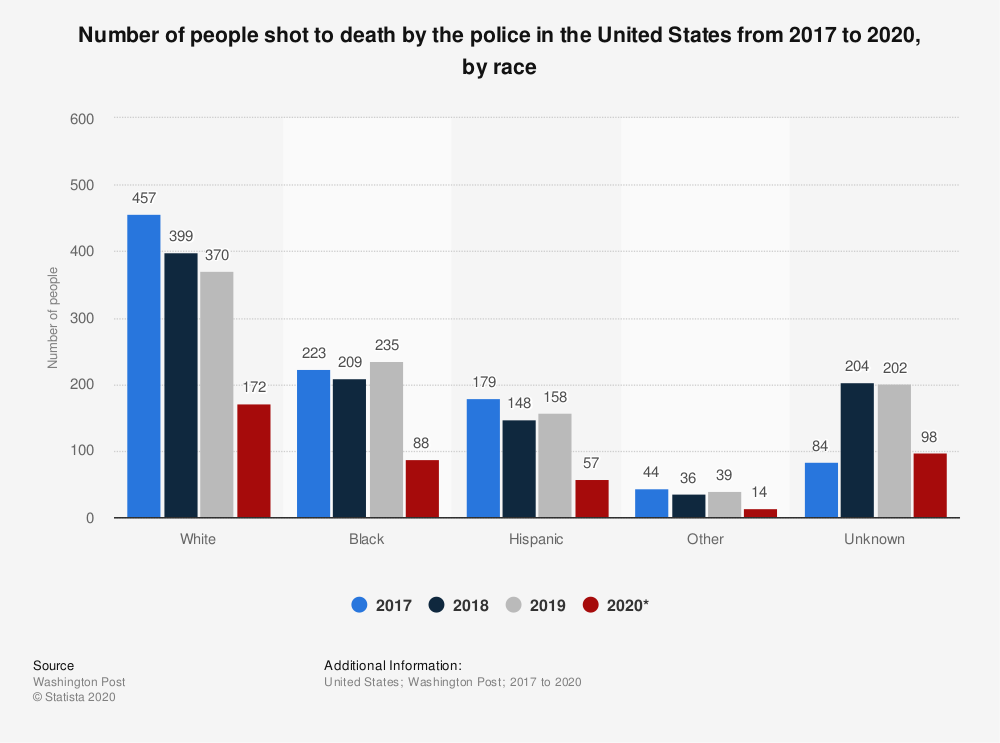 White liberals and black politicians focus most of their attention on what the police do, but how relevant is that to the overall tragedy? According to Statista, this year, 172 whites and 88 blacks have died at the hands of police.

To put police shootings in a bit of perspective, in Chicago alone in 2020 there have been 1,260 shootings and 256 homicides with blacks being the primary victims. That comes to one shooting victim every three hours and one homicide victim every 15 hours. Three people in Chicago have been killed by police.

If one is truly concerned about black deaths, shootings by police should figure way down on one’s list — which is not to excuse bad behavior by some police officers.