The Guns of August: A Look Back at the Financial Shock of the Great War 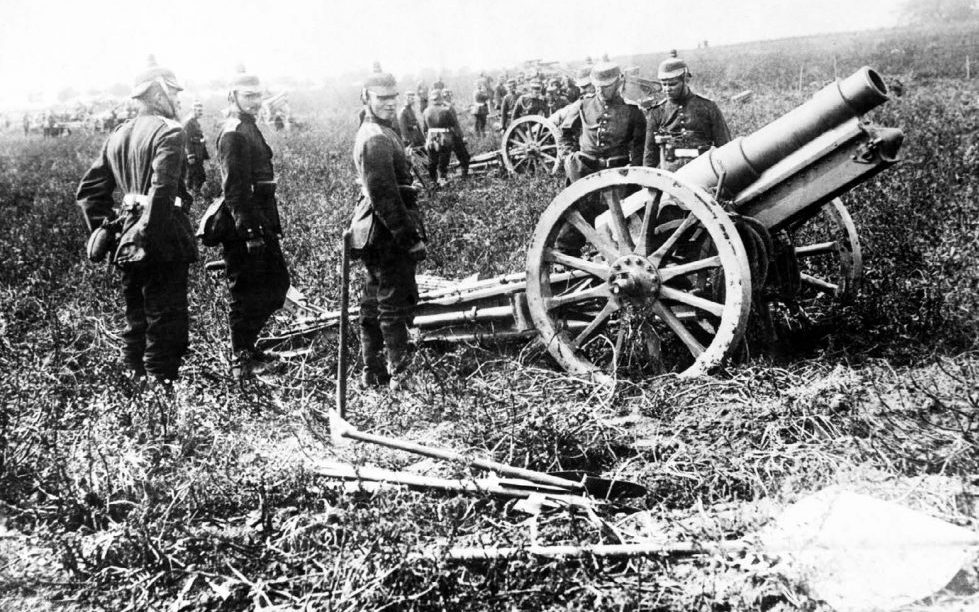 An exogenous crisis hit the world, followed by a stunningly fast disruption of the global economy. Political decisions led to the closing of business, to numerous bankruptcies, to ramped-up production in urgently-needed goods, and to financial markets collapsing.

Aviation ceased and international trade all but ended. In response, the government expanded its fiscal efforts in ways few people thought possible: as a share of GDP, expenditures exploded by almost 20 percentage points in less than a year, adding millions to the national debt, a debt that most observers already thought was too high. Many assets became impossible to price in financial markets that froze up, and the dominant central bank rapidly expanded its balance sheet, even taking frozen assets off the private sector’s books.

The failure of diplomacy and rampant warmongering that dominoed Europe into war in August of 1914 also caused a macroeconomic disaster similar to the one we have today. While war analogies are found in plenty, few have realized how similar many coronavirus policies have been to the financial chaos that erupted following war declarations in the summer of 1914.

After growing steadily at around 3% (2-2.5% per-capita real growth) since the last financial crisis in 1907, Britain suddenly found itself in political, economic and financial turmoil, with a Great War on its doorstep. Consumption collapsed; exports collapsed; and government expenditures exploded as the state took a much larger role in the lives and economies of those fateful years.

From spending about 8% of GDP on the eve of the War with the national debt gradually declining to 32% of GDP in 1913, the government commandeered much of the economy for the war effort. During war times GDP numbers no longer mean what they usually mean – making their calculations unusually fishy – but some post-war estimates suggest that British debt had risen to something like 150% of GDP.

Words like “astonishing,” “insane” or “unprecedented” have recently passed the editorial desks of major newspapers and probably a good number of policymakers too. But much of what Treasuries and central banks have recently done in our times is remarkably like what the British Government and Bank of England did in August and September of 1914.

Contrary to what many short-sighted commentators think, our globalized supply-chains and interdependent economies are not unique features of the present. The economies of Early Modern Europe, three centuries before GATT and The Big Bang, were ones of major international trade, so much so that many historians regard it as a key piece of the Industrial Revolution puzzle.

The world that the Great War – and the collectivism and authoritarianism that it spawned – destroyed, was characterized by large-scale globalization, in many ways rivaling the one we are now eagerly dismantling (Overreactions to corona, Trump’s trade wars, Protectionism, Brexit). In 1919, John Maynard Keynes, for instance, nostalgically reflected on the interconnected world humanity had lost:

The inhabitant of London could order by telephone, sipping his morning tea in bed, the various products of the whole earth, in such quantity as he might see fit, and reasonably expect their early delivery upon his doorstep; he could at the same moment and by the same means adventure his wealth in the natural resources and new enterprises of any quarter of the world, and share, without exertion or even trouble, in their prospective fruits and advantages.

With pre-Information Age technologies of communication, such global commerce relied on vast networks and long chains of financial relations centered on London. One key financial instrument was the Bill of Exchange – a liquid, short-term trade-credit that simplified international trade and could often pass through dozens of hands over the course of its (normally) 90-day life span.

When the war declarations rained down over Europe, the revenue streams that had effortlessly crossed the North Sea and the Atlantic were completely disrupted. Producers, clients, debtors and creditors now found themselves separated by military lines, shipping and international trade having quickly grinded to a halt. Creditors could no longer be paid; countless Bills no longer had a market price as their underlying revenue streams depended on clients behind enemy lines; and the many Merchant banks and Accepting houses that had insured them now found themselves on the hook for many times the value of their equity – up to a third of them were already insolvent.

At the same time, the discount houses that regularly bought bills of exchange in troves were not getting paid, while banks who had fronted them funds recalled their loans as their note-holders and depositors, in turn, demanded cash.

A major disturbance of international trade had quickly turned into an all-out financial crisis.

The Saving of the City

When the Princeton professor Keeanga-Yamahtta Taylor recently called for cancelled rents she had probably little idea of the provenance of her proposal. On August 6, 1914, the British government issued a moratorium that postponed payments due during the next month (later extended for another month). Reacting swiftly, the actions of central banks today were also reminiscent of those employed by the Bank of England a century ago: satisfy money demand, lend freely, widen acceptable collateral, purchase financial assets aggressively. (One major difference was that the Bank increased its main interest rate to attract gold deposits, as was the usual case under the Gold Standard).

In early August 1914 the Bank also did something extraordinary: it took the many private assets stranded by the war onto their own books.

Much like how the U.S. Treasury is currently backstopping Fed operations to the tune of $85bn, the British government protected the Bank from any losses on asset purchases on bills accepted before the War broke out. Consequently, reported The Economist at the time, the Bank “is prepared to discount all approved bills.” The Bank’s balance sheet exploded, doubling in less than two weeks. “The Government,” explained the writers at The Economist in an article that what could have referred to the spring of 2020, “now steps in to provide a market for the bills. By selling the bills to the Bank, banks and brokers release their funds for fresh business.”

For accepting houses, the Bank offered to finance their outstanding liabilities at the Bank Rate plus 2% and postpone repayment until a year after the war had ended.

Say what you will about government aid to private firms, but when government is the source of the problem, at least some recompense is warranted. Investors and entrepreneurs might be well-placed to carry risk and bear uncertainty, but contrary to those ascribing to entrepreneurs the very super-human information advantage with which left-leaning economists credit the government, it is unclear that the commercial shrewdness of entrepreneurs extends into the diplomatic – and in 2020, epidemiological – arena.

Taking non-performing loans out of the private sector and shoring up firms that had gotten into financial troubles through little fault of their own were some of the policies used in 1914. So successful, judged commentators from wartime Prime Minister Lloyd George to financial historian Richard Roberts, that they referred to it as “Saving the City.”

A good reason to pay attention to the past is to mitigate the hysteria and hyperbole of the present. Many of the extraordinary policies we see governments wielding right now are not as unprecedented as some commentators may think. As the Guns of August were blazing, fiscal authorities and monetary policy worked their levers to contain the financial fallout of a crisis, at least partly of their own making.