The Economy Needs Not Keynes or Kudlow But a Ventilator

Today it’s no mystery why non-sober Keynesians like Paul Krugman might love the demand-side, anti-capitalist, Trump-Kudlow policy mix, or why Trump foes might eagerly insist that the economy remain closed, not to preserve the nation’s health but to dissipate its wealth (and the probability of Trump’s re-election). But why would Trump do this?  It seems politically suicidal. 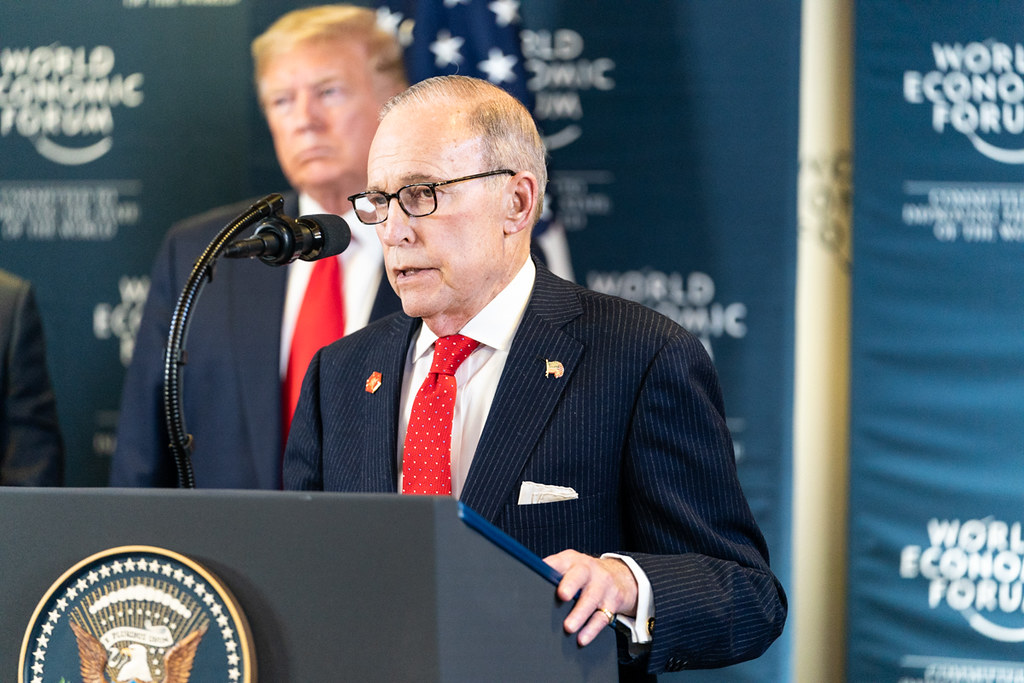 The medical sector seems to lack a sufficient supply of ventilators for patients who need respiratory support to better breathe, revive, and live. Demand for ventilators has risen, of course, amid the Wuhan Covid-19 virus. But there’s nothing inherent in capitalism that makes the supply of anything (especially crucial things) “deficient,” or in shortage, so long as price-setters are free to adjust prices.  If the quantity demanded exceeds the quantity supplied at the current market price, the price will rise, both curbing demand and eliciting supply.  No shortages, no surpluses, no problem.  Say “thank you, capitalism” – and to all producers too.

But we don’t have capitalism, do we? Not fully. Why? For the past century at least, less capitalism has been the hope, dream, and aim of many intellectuals (and most policymakers). They’ve believed in less liberty, so they’ve called themselves “liberals,” and they’ve known their illiberalism would deter progress, so they’ve called themselves “progressives.” Let’s have less capitalism and more statism, they’ve been saying for over a century, and if instead we get a few decades of even minor movement toward capitalism, away from statism – like the Coolidge-Mellon 1920s or the Thatcher-Reagan 1980s – ridicule it as decadent, as “neo-liberalism.”

May we not suspect that those who oppose “new liberty” (neo-liberalism) prefer old tyranny?

To the extent there’s a deficiency of ventilators today it’s due not to the remaining but shrinking capitalist strain in the medical sector, but to the expanding socialist strain.  Price controls prevent market-clearing activity, which hurt us even more during emergencies, when surge pricing is warranted but anti-capitalist, anti-profit bigots and politicians lambaste it as “price gouging” (and criminalize it). They mandate shortages and hoarding, making crises worse.

Medical sector suppliers also must face a gauntlet of opposition, and barriers, and rules from the FDA, the Department of Health and Human Services, Medicare, Medicare, medical licensing boards, and the vast web of state-level health care agencies. Before suppliers can supply medical facilities, devices, equipment, or care they must supply to political bureaucrats a “certificate of need” (CON), proving that would-be patients really “need” the goods and services suppliers want to supply. Often requests are denied, or only narrow permits granted.

Why the CON? Politicians and medical bureaucrats overseeing the ever-expanding role of government in paying for health care goods and services say they’re being fiscally frugal, not over-spending on things they deem not needed by the medically needy – until the emergency, of course, when myopic, panicky politicians and bureaucrats hold press conferences to berate suppliers for not supplying ASAP.  Observe that it isn’t the business sector but the political sector that’s afflicted with non-profit short-termism. Do you see the symptoms today?

The wider problem, bigger danger, and more acute emergency today is that the economy is suffocating. The economy needs a ventilator. It needs to better breathe, to revive, to live.  I don’t mean to analogize that the economy needs government assistance, some support system, bailout or cash infusion, or some political device, tool or elixir, to make the patient better. What the government has been doing already, in many cases to an unprecedented extent – spending more, borrowing more, regulating more, inflating more, press-conferencing more, mandating more, criminalizing more [1] – is not “assisting” the economy. It’s hurting it. These actions don’t “stimulate” the economy, they deaden it. They make the economy not stronger but weaker, not more durable but more vulnerable. The policies aren’t boosting confidence but draining it.

I say the economy is “suffocating” but to be clear it’s being suffocated by government officials and bad policies. It’s being suffocated knowingly, deliberately, cruelly, officially. Government officials have compelled people to stay home, to not associate, to not work, to not produce. These policies deprive the economy of oxygen – the oxygen of liberty. It’s liberty and all that it entails (constitutionalism, the rule of law, sanctity of contract) which fuels profit-making, which itself requires people to think, move, act, assemble, produce, prosper, and enjoy.

Let’s not forget that “the economy” which needs oxygen is more akin to an organism than a mechanism, comprised of living, breathing, thinking beings with free will. As I’ve written,

We all hear the word “economy” in the singular, as a thing, or entity, perhaps some lump, to be shaped, molded, prodded – if necessary, occasionally “stimulated.” But an economy isn’t an entity, or some lamp, appliance, or machine to be switched off and on, guided by the whim of some operator (or group of them), distant, uninformed, and unmotivated. An economy is an intricate, delicate system, a stupendous, comprehensive latticework of interconnected contracts, of plans and sub-plans, markets and sub-markets, calibrations and expectations, retail chains and supply chains, prices and profits – a mosaic of real lives and livelihoods. Aside from the heartless who seem to welcome chaos and pathos, others should recognize that no economy survives or flourishes if micromanaged by a few, least of all by the non-commercial types we observe today, issuing all their mandates. [2]

The main source of economic suffocation today is statism and the capriciousness with which it’s being inflicted on innocents, coupled with the poisonous political economy which statists have preferred ever since the 1930s: Keynesianism. It’s John Maynard Keynes (1883-1946) – the long-dead “economist” who’s ghost and ghastly theories continue to occupy the minds of economic policymakers — who stands behind the recent $2.2 trillion deadening package (CARES Act)[3] adopted by the Congress, passed unanimously by the GOP-controlled Senate, and eagerly signed by Mr. Trump. It’s Keynes who politicians go for when they want to go statist.

Of the many government interventions Keynes demanded of policymakers, one of the most nefarious was a deliberate “euthanasia of the rentier (creditor-lending) class” (his words), preferably with low or zero interest rates. [4] We’ve got that. Check. Make sure no one has any incentive to lend or invest at a positive rate of return; instead have government lend to everyone with savings and capital it obtains from . . . blank out. We’ve also now seen a euthanizing of nearly one-third of the U.S. economy, with “80% of U.S. counties under some form of lockdown orders” from state governors “re-open” dates indefinite.[5] Make sense? It does to the Keynesian kooks. Remember, Keynesians attribute recessions to “deficient aggregate demand,” “over-production,” and “shortages of money.” [6]   The obvious solution? Produce less stuff and more money – after all, people become poorer, per the demand-siders, because they grew too rich in the first place, and their way out of poverty is to receive not more goods but more money. [7]

Trump economic advisor Larry Kudlow was once a supply-side economist – that is, one of the good guys, an economist who understood Say’s Law, emphasized production and profits, touted entrepreneurship, advised lower and more level tax rates, plus sound money, minimal regulation, and free trade. That’s the supply-side policy mix; nutrition, not Keynesian poison.

Mr. Kudlow was known for saying (repeatedly, like a parrot) that “free market capitalism is the best path to prosperity.” It’s true of course, but he seems to have understood it as much as a parrot.  He and Trump have endorsed and adopted policies – protectionism, deficit-spending, money-printing, shutdowns, regulations – which can only pave a path to poverty.

Keynes once wrote that “practical men who believe themselves to be quite exempt from any intellectual influence are usually the slaves of some defunct economist. Madmen in authority, who hear voices in the air, are distilling their frenzy from some academic scribbler of a few years back.”[8] Quite right, that Keynes. Today’s frenzied madmen in authority – including Donald Trump, Larry Kudlow, Peter Navarro, Jerome Powell, Steve Mnuchin, etc. – are the slaves of the non-defunct theories of the long defunct Keynes; they’re distilling his moonshine, drunk with power, and with the hooch of an academic scribbler.  To the extent Keynes’s ideas still thrive, economies can’t.

Today it’s no mystery why non-sober Keynesians like Paul Krugman might love the demand-side, anti-capitalist, Trump-Kudlow policy mix, or why Trump foes might eagerly insist that the economy remain closed, not to preserve the nation’s health but to dissipate its wealth (and the probability of Trump’s re-election). But why would Trump do this?  It seems politically suicidal.

Many reasons could be offered, but none are worth mentioning here. Let’s just recall, briefly, that it’s not new to Republican American presidents over the past century (notable exceptions: Coolidge and Reagan). See the disasters wrought by Herbert Hoover (1928-32), Richard Nixon (1968-74), and George Bush (2001-09). Republicans all – and each started out claiming they were four-square for free enterprise. Right.  They, like Republican Trump, ruined the economy with cockeyed theories and anti-capitalist policies, while besmirching the name of capitalism.

[2] Richard M. Salsman, “Unwealthy is Unhealthy, So Why Mandate It?” American Institute for Economic Research, April 5, 2020.

[3] Inaptly named, “The CARES Act” (March 21, 2020) stands for the “Coronavirus Aid, Relief, and Economic Security Act.” Its “official” purpose is “to provide emergency assistance and health care response for individuals, families, and businesses affected by the 2020 coronavirus pandemic.” (emphasis added). Notice that it pledges not health care supply but a health care “response” whatever that means. The political “response” to the virus has been to suffocate the economy and make it less responsive (recession) and possibly unresponsive (depression).

[6] Keynesians believe such nonsense largely because they can’t grasp or don’t acknowledge the truth of Say’s Law, the cornerstone of the foundation that undergirds all sound economics. See Richard M. Salsman, “Say’s Law versus Keynesian Economics,” American Institute for Economic Research, February 9, 2020. 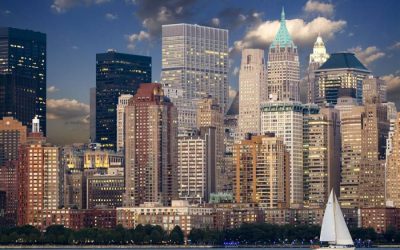