Supply-Side Panglossians are Not Objective

Capitalism (and economic analysis) requires reason, not faith, facts, not what feels good. The supply side is the right side, but the Pollyannas must cease their bias and at least try becoming more objective. They must defend the right policies, not merely those imposed by politicians they deem to be in the right because they are on the right. 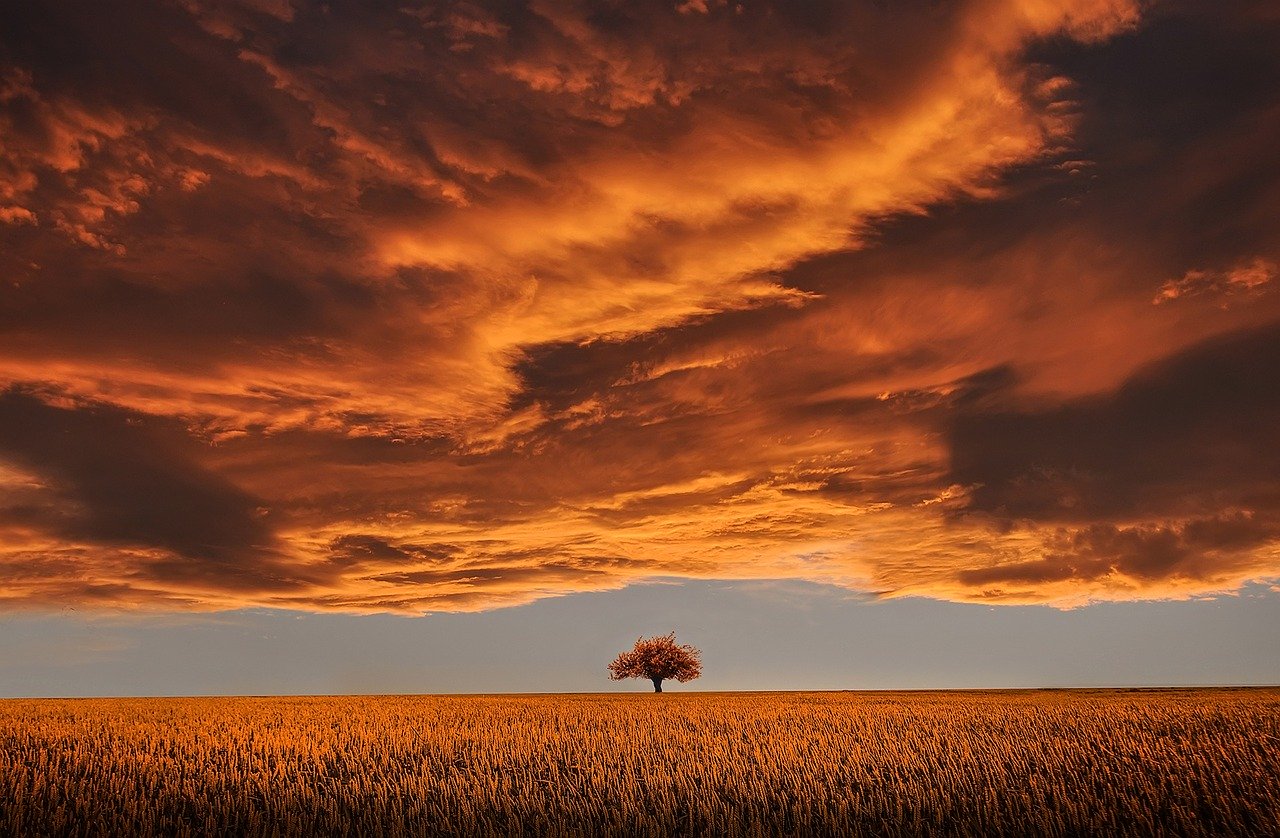 Supply-side economics is valid to the extent its primary emphasis is on saving, investment, production, entrepreneurialism, and profit, not on consumption, redistribution, deficit-spending, trade deficits, and consumer sentiment. It must endorse and use Say’s Law, which itself has many important corollaries (which, sadly, remain unknown to the vast untutored). Supply-side economics must be Saysian economics, not Keynesian economics, and it mustn’t try to blend the two, to seem “policy relevant.”[1] Nutrition isn’t achieved by a blending of food and poison.

Undoubtedly, supply-side economics remains a minority view in contemporary political economy. Keynesian crank Krugman loves to deride it as a “fringe” view, but in an age enmeshed in Keynesian fallacies[2] that’s a compliment, not an insult. [3] The policy norm for most of the past century has been that a crisis, however caused (even if by government intervention) is automatically met with vast increases in government intervention, with all-out resort to Keynesian-authoritarian schemes. This is well documented – and it’s happening again in 2020, suffocating freedom and prosperity. [4]

It’s revealing of our anti-capitalist age that the only time in the past century a crisis caused by government intervention was met with attempts to curb such intervention was the 1980s – with the ascension of Thatcher (U.K.), Reagan (U.S.), and Mulroney (Canada). They weren’t consistently pro-capitalist, but at least they leaned toward capitalism and to the extent their policies were enacted, more peace and prosperity followed. It’s scandalous that for decades that policy shift has been derided for being pro-liberty – it’s incessantly lambasted as “neo-liberalism” (meaning the “new liberty,” or revival of previous, more capitalist policies). The critics prefer the old tyranny.

Neo-liberal policies in the 1980s aimed at solving the crises of the 1970s, which were caused by the vast spread of the regulatory state, by a deliberate sabotage of the gold-exchange standard (supported by Keynesians and Monetarists alike), which caused “stagflation” (which Keynesians couldn’t explain), then price controls, then shortages and queues. In foreign policy, U.S. appeasement (aka “détente”) of Soviet despots invited and condoned a vast expansion of Soviet imperialism. By the end of the 1980s, after only a decade of the much-despised neo-liberal policies, the U.S., U.K., Canada, and the world generally became more prosperous and peaceful. It was the dastardly neo-liberalism that ended the U.S.S.R. and the Cold War; crazed critics of Reagan and Thatcher preferred to retain the M.A.D. doctrine (“mutually assured destruction”).

The problem today isn’t supply-side economics per se; it is primarily the dominance of Mercantilism-Keynesianism but secondarily, the awful influence of perma-optimists among supply-siders. The supply-side Panglossians – like Larry Kudlow, Art Laffer, Steve Moore, Brian Wesbury, and Don Luskin – rarely forecast recessions, bear markets, or any trouble whatever, and never do so if the White House is Republican. It’s not objective, fact-based, or scientific. It’s baldly biased and pellucidly partisan.

In recent years, we know, the supply-side Panglossians have defended or excused President Trump’s Hoover-ist protectionist trade policy. They have played with fire, and now millions of people are singed and suffocating. The government-caused economic catastrophe of 2020 is largely a result of Trump’s protectionism but applied domestically. First reduce commerce by holing up within your own borders (to avoid imported goods), then reduce commerce by holing up within your own home (to avoid imported viruses).[5] The “ideal” is autarky, motivated first by xenophobia, next by mysophobia.

To be fair, I’m not saying supply-side Panglossians can’t occasionally do some good economics or give sound policy advice, when they want to (contra the Keynesians); the problem is that they don’t always want to, for whatever (usually political) reason.

Interests, But No Principles

Some of them find it difficult to stand their ground when surrounded by so many Keynesian hyenas; but most are unprincipled philosophical Utilitarians who lack solid ground to stand on in the first place. That’s partly why they have no problem with welfare statism; why they condone vast increases in public spending (the true burden on the economy, however financed); why they so enjoy tinkering with tax rates to find ways to maximize tax revenues; and if that proves impossible, they love insisting that massive deficit spending is innocuous. Many believe that however arbitrary or punitive public policy becomes, astute, evasive entrepreneurs can and will magically skirt it and keep delivering us the goods. How is any of this pro-capitalist? It isn’t.

The supply-side Panglossians also exhibit a curious sympathy and respect for central banking and the Fed, despite the many harms done by both for decades.[6] Perhaps their fixation on tax policy and their fantasy that dynamic entrepreneurs exhibit magical capacities to avert every policy oppression makes them forget about the influence of monetary policy. As long as the gold price is fairly stable, they’re happy.

They also adopt a blind spot when it comes to the all-important term structure of interest rates (the yield curve), which central banks clearly can influence. The yield curve reliably forecasts the business cycle, and dwarfs the roles played by tax rates or regulations. Inverted yield curves reliably forecast recessions – indeed, the last eight in the U.S. since 1968 (including the latest one).[7]  But supply-side Panglossians will hear none of it, especially if the curve inverts when their boys (Bush, Trump) are in power.

Some supply-side Panglossians have derided those who rely on the reliable yield curve as “witless mystics” hankering to impose “price controls.”[8]  That’s akin to the old smear slung by Milton Friedman and the Monetarists at the valid supply-side case for a gold standard, that it was a policy of “price control” (“fixing” the price of gold).[9]

The bias and errors committed by the supply-side Panglossians constitute the flip side of what we observe among other supposed free marketers in the Austrian school of economics (Peter Schiff et al). They’re even more wrong because they’re perma-bears. Each side may occasionally out-perform the Keynesians (not difficult), but each still lacks objectivity.  Humans need objectivity everywhere, and economics is no exception. I’ve made the case more fully elsewhere,[10] so take a look. You might benefit by it, whether you’re a supply-side perma-bull or an Austrian school perma-bear.

Capitalism (and economic analysis) requires reason, not faith, facts, not what feels good. The supply side is the right side, but the Panglossians must cease their bias and at least try becoming more objective. They must defend the right policies, not merely those imposed by politicians they deem to be in the right because they are on the right.

Someone used to say (ad nauseam) that “free market capitalism is the best path to prosperity.” A guy named Kudlow. Nice sentiment. True enough. But not quite enough. It is the best path to prosperity but only based on true liberty, in all realms, and only with objectivity, rationality, and a respect for rights. In America now (and yet again) citizens are losing rights and liberty, thus prosperity.  Sad to say, but the supply-side Panglossians are part of the problem, not part of the solution. They’d be fixers and reformers instead of enablers and troublemakers were they consistently and objectively pro-capitalist. Some can’t be, while others just refuse to be. The future of political economy, if it has one, belongs to those who can be and want to be.

[3]  Keynesianism is pre-science because it’s Mercantilism cloaked in contemporary verbiage; Mercantilism, which sought to promote not private sector prosperity but public sector sustenance and power, was the dominant policy approach before 1776, the year Adam Smith published his soon-to-be famous Wealth of Nations (which launched the science of political economy). In this field, “pre-1776” means pre-science. Keynes’s position has been long recognized; he was no free trader, no defender of sound money, no fan of low tax rates or private investment. Keynes devoted an entire chapter (23) of is General Theory (1936) to encomiums for Mercantilism and cheered its return in 1930s policymaking. See also L. Albert Hahn, “Mercantilism and Keynesianism,” American Journal of Economics and Sociology 6(4), July 1947, pp. 515-529.

[6] See especially their odd adoration for Paul Volcker’s policies, even though the double-digit inflation he supposedly “fought” beginning in 1979 was caused by the 1971 sabotage of the gold standard which he endorsed as a Treasury undersecretary. Richard M. Salsman, “Paul Volcker: Foe of the Gold Standard, Fan of Fiscal Profligacy,” American Institute for Economic Research, December 10, 2019.

[9]  In fact, the gold standard – which essentially defines any currency unit (like the dollar) as a fixed weight of gold, is no more akin to “price fixing” than is the defining of a yardstick as equal to three feet or defining a pound as equal to sixteen ounces. The fact that fiat money lacks such definition is no credit to it and certainly doesn’t make it a “free market” form of money. It’s called “fiat” precisely because its value is arbitrary and its usage compulsory (by “legal tender laws”). For more, see Richard M. Salsman, Gold and Liberty (Great Barrington, MA: American Institute for Economic Research, 1995).

[10]  Richard M. Salsman, “On Objective Economics,” The Objective Standard, February 2012. Excerpt: “If any economists today are still anti-capitalist (Paul Krugman, Nobel Prize in 2008) it’s not because they believe free markets “fail” or that Soviet-style planning now “works,” but because ideologically they despise capitalism’s egoism, profit motive, and unequal incomes.” See also “A Rational Foundation for Economics” (1991).