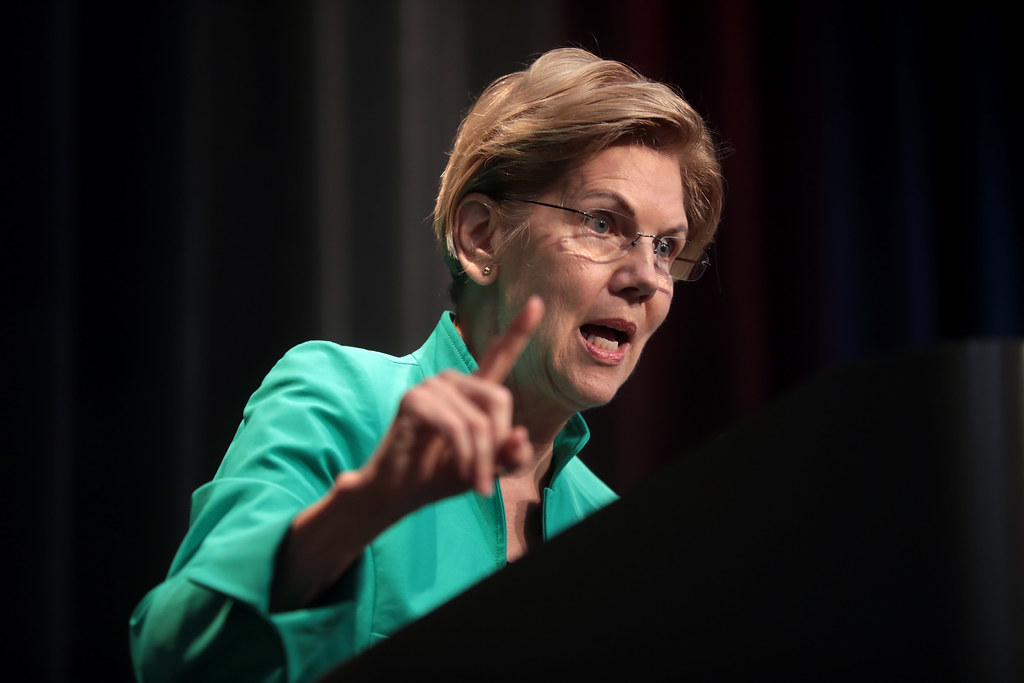 Photo by Gage Skidmore
Warren herself would have made a bad president, but of far more concern was her potential to act as a force multiplier for bad presidents down the road.

Senator Elizabeth Warren’s plans ran into reality on Super Tuesday–all 80 of them. Bleak as the remaining choices seem, her departure is a good day for the country.

The 2020 election in some ways resembles the work of a genie charged with granting our political wishes from a generation ago but indulging his sadistic sense of humor by turning every loophole and misunderstanding back on us to ghastly results. Twenty years ago we still heard from mainstream commentators that the candidates emerging from both parties “were basically the same.” Americans didn’t have “real choices.”

We do now, but at least in the short term that old uninspiring middle seems both a huge improvement and a pipe dream. One of the last two major Democratic challengers is a socialist crusader who sees the American economic landscape as the exclusive playground of greedy parasitic bullies. Our incumbent President doesn’t disagree as much as considers himself as first among those bullies. In the short term the best hope seems to be a former Vice President and practitioner of that old boring moderation.

Senator Warren, though, would likely have done more damage as President than any of the remaining choices. Candidates have long harangued each other to “get specific” about what they would do to solve America’s problems. Warren certainly did that–through a website offering not fewer than 80 mini-white papers aimed at policies I thought would appeal to the party’s left flank just as much as Sanders’ cranky but unwavering rhetoric.

That hyperactive technocratic approach, cheered on by plenty of economists, was embodied in those dozens of plans that arguably each were more ambitious than any Progressive item accomplished by the federal government in at least the last forty years. It’s time for Democrats to ask if that abysmal record owes itself to anything other than nefarious opposition. I suggest starting here.

But put specifics aside and browse her infamous page of Plans with an eye for the bigger picture. She was prepared to rebuild the government’s regulatory capacity in favor of a discretionary approach that staked the country’s future on its largest corporations doing what Elizabeth Warren wanted them to do.

Throughout Warren’s plans a theme emerges of regulation based on the executive branch’s real-time whim instead of specific rules. Large corporations must obtain a special charter requiring them to look out for the interest of all stakeholders. The largest technology companies would be re-engineered by regulators. “Honoring the Strength and Diversity of Muslim Communities” somehow ends up involving a forced 10 percent cut in rents charged by landlords.

These are three of many examples that require expanded regulatory bodies with more lines of communication with and influence on America’s largest private corporations. Take all of this new regulatory infrastructure, this new connective tissue between government and big business, and skip ahead to Inauguration Day 2029.

Since finding two consecutive presidents in recent history that most Americans find acceptable is almost impossible, pick the recent President or contender you most love to hate. What could someone like them do with all of these new superhighways to the private sector? And what could the private sector do to government by reversing the flow of traffic?

An authoritarian like Donald Trump could in an extra-cranky moment come far closer to actually ordering our firms out of China. The next Dick Cheney, assumed svengali of the George W. Bush administration and seen by many as still tied to his previous gig as CEO of Halliburton, could play the public sector like a fiddle. And while Bernie Sanders doesn’t really have to answer questions like “Are we really talking about a much bigger welfare state or Castro’s Cuba?” because in 2021 he can only implement the former, a similarly styled socialist after Warren would have many more levers with which to gain proximity to the means of production.

Beyond these disaster scenarios lie more likely but less fully predictable paths toward a government much more enmeshed in the private sector–a slow drift toward what’s sometimes labeled as state capitalism. Warren herself would have made a bad president, but of far more concern was her potential to act as a force multiplier for bad presidents down the road.

She’ll be back. She’s almost certainly more intelligent and competent than the likely choices that remain. Even two months ago I was convinced she would be the Democratic nominee and had a real shot at the big prize so judge this prediction accordingly, but I expect to see her sitting in the cold next January glaring disapprovingly at President Trump as she plots her next act of political hubris four years down the road.

She has helped me understand more clearly that we as economists have gone wrong in presenting government as a means to push the real world (rife with “market failures”) toward a perfect-competition fantasy land. Her approach took the centrist consensus of the last couple generations to a logical limit only a lawyer could find and ended up with something not that far from Sanders’ socialism. There’s a lot we can learn from that. #ThankYouElizabeth

ABOUT Max Gulker
Max Gulker is an economist and writer who joined AIER in 2015. His research often focuses on free markets and technology, including blockchain and cryptocurrencies, the sharing economy, and internet commerce. He is a frequent speaker at industry conferences, especially on blockchain technology. Max’s research and writing also touch on other economic topics, including governance, competition, and small businesses. Max holds a PhD in economics from Stanford University and a BA in economics from the University of Michigan. Prior to AIER, Max spent time in the private sector, consulting with large technology and financial firms on antitrust and other litigation. Follow @maxgAIER.