Bernie Sanders is indeed a "dumb dupe" about economics. Or as the Soviet Communists used to put it, "a useful idiot." 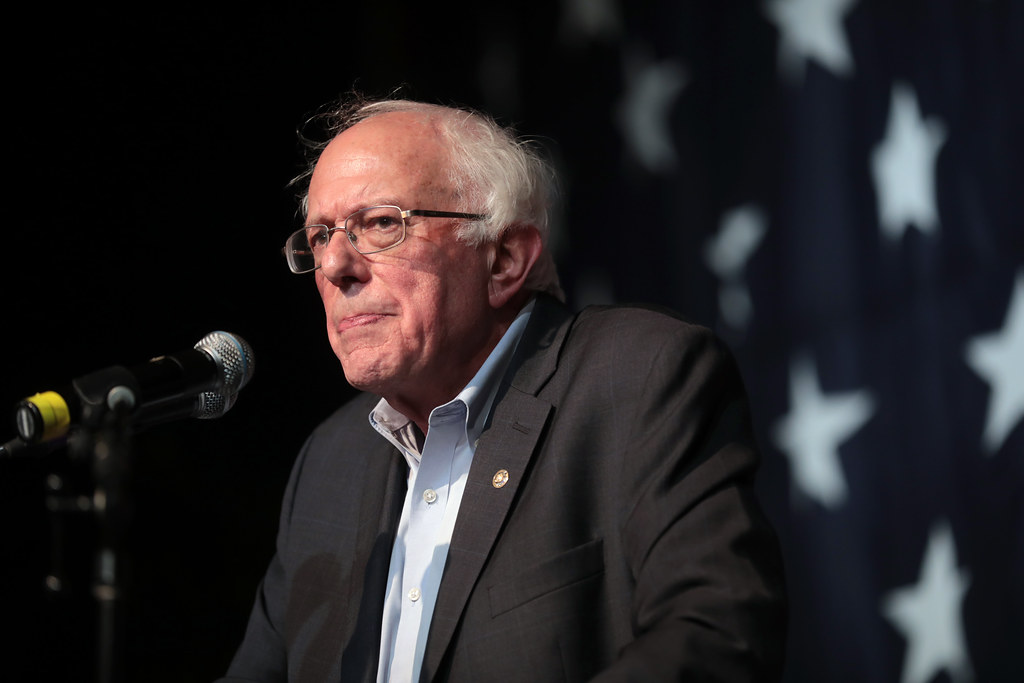 Bernie Sanders leads the race for the Democratic nomination.

What does that mean?

Today, when Sanders talks about socialism, he says: “I’m not looking at Cuba. I’m looking at countries like Denmark and Sweden.”

But Denmark and Sweden are not socialist. Denmark’s prime minister even came to America to refute Sanders’ claims, pointing out that “Denmark is far from a socialist planned economy.”

Both Denmark and Sweden do give citizens government-run health care and have bigger welfare programs than America has. However, recently, they’ve moved away from socialism. Because their socialist policies killed economic growth, they cut regulations and ended government control of many industries.

Sanders probably doesn’t know that. He, like many young people, just loves the idea of socialism.

For my new video this week, Stossel TV producer Maxim Lott went through hours of Sanders’ old speeches. What he found reveals a lot about what Sanders believes.

When Sanders was mayor of Burlington, Vermont, he went out of his way to defend Fidel Castro. “He educated the kids, gave them health care, totally transformed the society!” Fortunately, Sanders added, “Not to say Fidel Castro or Cuba are perfect.”

No, they are not perfect. Castro’s government tortured and murdered thousands. By confiscating private property, they destroyed the island’s economy. Life got bad enough that thousands died trying to escape.

Even now in Cuba, most people try to live on less than $2 a day  Sanders focuses on other things, like: “They did a lot to eliminate illiteracy!”

Sanders has long had a soft spot for socialist countries. He chose to honeymoon in Communist Russia, where he said people “seem reasonably happy and content.” He was “extremely impressed by their public transportation system… cleanest, most effective mass transit system I’ve ever seen in my life!”

He praised Soviet youth programs: “Cultural programs go far beyond what we do in this country.”

He did at least qualify his support, calling the Soviet government “authoritarian.”

But Sanders made no such criticism after Nicaragua’s socialist revolution. He praised the Sandinistas’ land “reform” because they were “giving, for the first time in their lives, real land to farmers so that they can have something that they grow. Nobody denies that they are making significant progress.”

Former landowners sure denied it. They’d had their land stolen. Sanders suggested that was OK because landowners are rich.

“Rich people, who used to have a good life there, are not terribly happy,” he said. “As a socialist, the word socialism does not frighten me… (P)oor people respect that.”

What about the hunger and poverty that socialism creates? Bernie had an odd take on that.

“American journalists talk about how bad a country is because people are lining up for food. That’s a good thing! In other countries people don’t line up for food; the rich get the food and the poor starve.”

After he said he was “impressed” by Sandinista leaders, Sanders added, “Obviously I will be attacked by every editorial writer in the free press for being a dumb dupe.”

Under Ortega’s rule, Nicaragua quickly fell further into poverty, and the socialists were voted out in 1990. Ortega later returned as a violent dictator. For most people in Nicaragua, Cuba and other centrally planned economies, life is hell.

Once Sanders was elected to Congress, he mostly stopped praising violent socialist revolutions.

At that time, Communist governments in Europe were collapsing. It was convenient for embarrassed former supporters of those governments to rebrand themselves.

In Congress, Sanders would call himself an independent and, in the estimation of his fellow Vermonter, former Democratic National Committee chairman Howard Dean, he “votes with the Democrats 98% of the time.”

But Sanders has never taken back the enthusiastic praise he gave to socialist regimes.