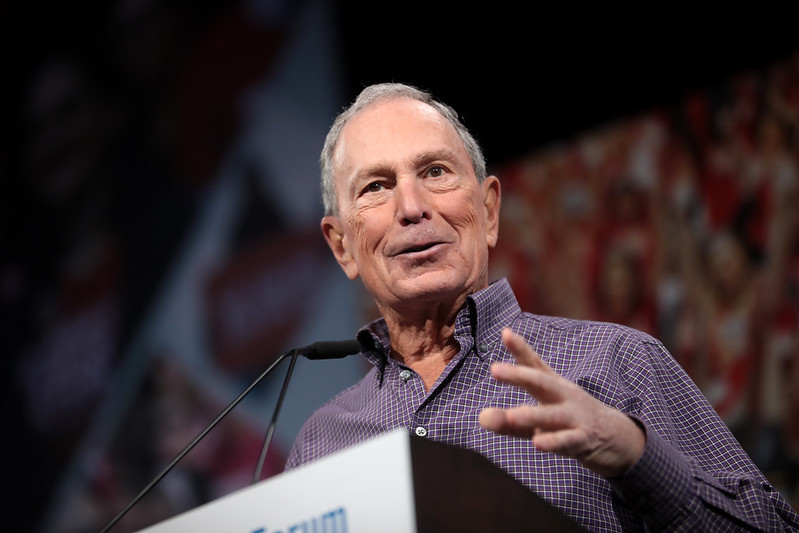 Before former New York City Mayor Michael Bloomberg threw his hat into the 2020 presidential race, he defended the New York Police Department’s use of “stop, question and frisk” policing. At a United States Naval Academy’s 2019 Leadership Conference, Bloomberg said, “We focused on keeping kids from going through the correctional system … kids who walked around looking like they might have a gun, remove the gun from their pockets and stop it.” He claimed that as a result of his policy, New York’s murder rate fell from 650 a year to 300 the year he left office.

In the cases of Terry v. Ohio, Sibron v. New York, and Peters v. New York, the U.S. Supreme Court, in 1968, granted limited approval to officers to stop, question and frisk, even though they lacked probable cause for an arrest, if the officer believed the subject to be dangerous. The Court’s decision made suspicion of danger to an officer grounds for a “reasonable search.”

The stop, question and frisk policy has taken on racial overtones because most of the people stopped are black men. Let’s look at the numbers. Last year, NYPD data showed that 93% of suspects arrested for murder were black or Hispanic. Ninety-six percent of those nabbed in shootings were also minorities. Eighty-eight percent of New York City’s homicide victims were black or Hispanic as were 96% of shooting victims. While these percentages have been roughly the same for decades, New York police have brought the absolute number of crimes, including homicides, way down from its 1990 peak at 2,245 to 289 homicides in 2018. Since blacks and Hispanics are the major victims of homicide, as a result of the NYPD’s proactive response to crime, possibly tens of thousands of blacks are living today who would otherwise be dead.

For a law-abiding black person to be stopped, questioned and frisked — in a word or two, be racially profiled — is truly insulting. However, to analyze the policy, let’s look at the origins of racial profiling or any other kind of profiling. First of all, policemen are neither mind readers nor are they equipped with X-ray vision. That means good policing requires learning how to use an easily observed physical characteristic as a guess or proxy for some other difficult-to-observe characteristic. Thus, the reason people profile is that information is costly and they seek methods to economize on information costs. One way to do that is through profiling.

The reality is that race and other behavioral characteristics are correlated, including criminal behavior. That fact does not dispel the insult, embarrassment, anger and hurt a law-abiding black person might feel when being stopped by police, being watched in stores, being passed by taxi drivers, standing at traffic lights and hearing car door locks activated or being refused delivery by merchants who fear for their safety in his neighborhood.

Former New York Mayor Michael Bloomberg is a politician in pursuit of his own agenda. President Donald Trump is also a politician in pursuit of his own agenda. Both will deny their support for and talk down the policy of stop, question and frisk in an effort to curry favor with black voters. Most Bloomberg and Trump supporters don’t live under the horrible conditions that so many blacks live under in high crime cities like Baltimore, St. Louis, Chicago and Detroit. Black people must ask what needs to be done to stop criminals from preying on them and making so many of their communities economic wastelands. If stop, question and frisk can contribute to that goal, so be it. They need not listen to politicians, academics, talking heads on the news and others.

I’ll add that even if the police, intimidated by leftists, are not doing their job to safeguard black residents in high crime communities, that doesn’t mean that black people should not organize to take independent measures to protect themselves.