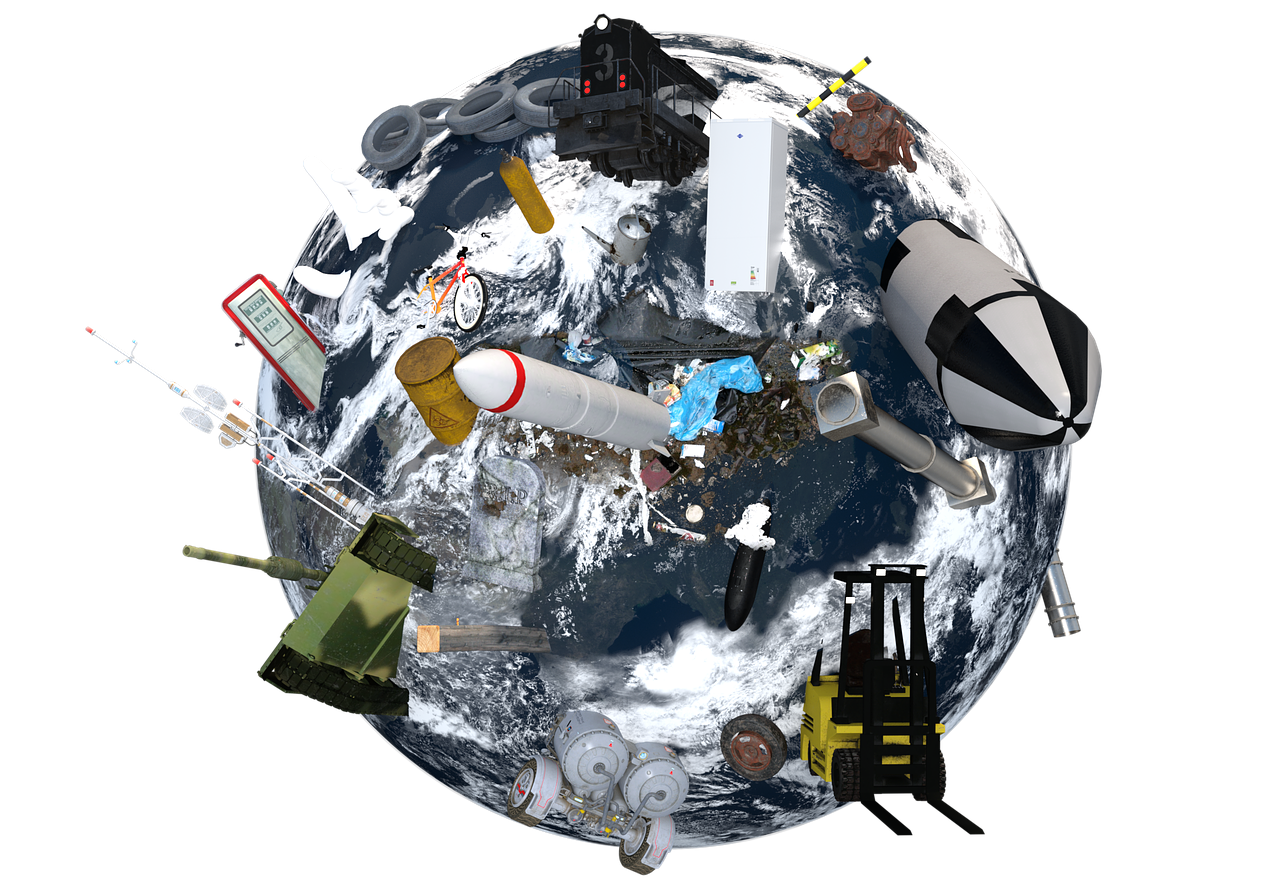 For environmental activists, shaming has worked wonders in recent years. From nagging their families into submission over recycling, to reusable paper bags, to electric cars, lots of people who don’t really see what the fuss is about have acquiesced to the indignant crusades of their green friends. Virtue signaling is alive and well.

During the year of St. Greta, another form of moral suasion seriously entered the environmentalist’s toolkit: flight shaming. Going beyond the obligation merely to reduce one’s own carbon footprint in whatever way possible (short of the most obviously effective way, that is), one now ought to actively shame others who make use of the despicable machines we call aircrafts. Never mind their benefits and never mind that they constitute a vanishingly small share (2–2.5 percent) of global emissions.

For reference, the world’s 40 million flights a year, carrying 4.5 billion passengers, contribute only slightly more to global emissions than the country of Canada. While the loss of Canada would be devastating, nobody seriously believes that the global climate would in any meaningful way be affected if Canada tragically disappeared.

These days, perspectives don’t matter; numbers don’t matter; all that matters is that everyone, everywhere, join the climate crusade and pull their moral weight – regardless of whether your business has the competence or your industry is well-placed to efficiently reduce emissions.

The latest victims in this spillover story of moral suasion are bankers. Two of Britain’s largest banks, Lloyd’s and Royal Bank of Scotland, have both publicly committed to slash the CO2 emissions associated with their loan book, presumably by opting out from financing high-emission industries like oil and coal. Quite a number of the world’s largest banks, mostly British, French, and Australian ones, have made public pledges to refrain from financing oil extraction in the Arctic.

Following the debacle at the UN climate summit in Madrid last year, the Atlantic’s Robinson Meyer wrote about activism in finance as “a different kind of global governance”:

The world of high finance, wrote the Financial Times journalists behind the newspaper’s Moral Money initiative, “is quick becoming public enemy number one for climate activists, as they turn their focus to the banks they blame for funding the global expansion of fossil fuel.”

Most financial institutions, from BlackRock, the world’s largest fund manager, to the two oldest central banks – Sweden’s Riksbank and the Bank of England – are now loud promoters of green finance.

The Bank of England’s outgoing governor Mark Carney has long trumpeted the need for central banks to take climate change into account in their policy decisions. On several occasions he has called for banks under his agency’s supervision to take seriously the possibility that many of their assets in the oil-and-coal sector may become worthless; by government regulation, technological advance, or activist-consumer backlash, a large portion of oil reserves may become “stranded assets,” firmly remaining in the ground.

Perhaps feeling that he can speak his mind somewhat more freely now that his tenure as Bank of England governor is almost over, Carney admitted in an interview with the Financial Times that central bank action on climate change can only ever be marginal and supplemental: “I don’t think that climate policy should be run by stealth though capital ratios or other use of prudential policy to shift incentives.”

Anna Breman, the latest addition to the Riksbank’s policy committee, has been very vocal about the Fed and the Riksbank’s neglect of financial markets’ role in climate change and suggested that central banks divest their bond portfolio from government or company exposure to fossil fuels. Prior to her appointment last year, she also suggested that the Riksbank use its monetary policy tools for sustainability goals, for instance by following the European Central Bank, whose purchase programs have already gobbled up a sizeable portion of outstanding green bonds.

All across the financial world, we see the proliferation of the climate creed: banks are offering mortgage rate discounts if your home passes climate inspections; governments float green bonds, directly earmarking funding for renewable-energy projects or other “appropriate policy projects”; the Economist recently reported that almost a quarter of issued green bonds are so-called “sustainability-linked,” meaning that part of the interest is waived (increased) upon achieving (missing) some social or environmental goal such as management gender equality or renewable-energy use.

There’s quite a bit of greenwashing in this rapidly growing yet vanishingly small market, and it’s highly questionable that issuing green bonds, on net, produces much green benefit. Sometimes, like Apple last year, companies and governments merely tap into investors’ willingness to charge lower rates for green projects that were probably already in the pipeline.

Central banks also face important constraints in trying to tilt their portfolios and asset-purchase programs toward green ventures. There are at least three reasons that actions by the ECB, Bank of England, and Riksbank will amount to nothing. First, introducing green criteria to existing programs may make something like one in twenty bonds ineligible for the ECB’s purchases. Even if that amounts to a (relative) downward pressure on funding costs for non–fossil fuel companies, the impact is likely to be very, very minor.

Second, opening up another avenue for opaque cut-off points makes the central bank more susceptible to political capture than is already the case, transforming what looks like a well-meaning technical policy into a political haggling over special interests. Who counts as green? Whose debt should be subsidized?

Third, and most importantly, favoring climate-friendly financing would still be limited by and strictly subservient to central banks’ core tasks of ensuring price and financial stability. Since the way-more-extreme weather events that are likely to affect humanity (droughts, hurricanes, floods, extraordinarily high or low temperatures) resemble supply shocks – the kinds of shocks that inflation-targeting central banks already have difficulty dealing with – this limitation would quickly be binding.

A central bank, as Tinbergen’s rule taught us long ago, must match the number of instruments to the number of objectives. Climate financing requires a central bank, already overburdened with too many objectives, to trade off monetary policy aims against climate financing. You can argue that the climate emergency trumps all else and central banks ought to abandon their current regimes in favor of combating this emergency – I have some sympathy for the consistency of this argument – but the problem remains that central banks are particularly ill-placed in assisting the greening of the financial system and mitigating negative effects of climate change.

Perhaps none of this matters, as placing one’s goodness on display is more important than actually doing good – which promoters of Sweden’s 2020 green-bonds program freely admit. It is highly doubtful that having a central bank selectively buy outstanding debt with green labels would in any meaningful way contribute to a greening of the economy.

None of these issues have stopped our climate crusaders from howling in rage. In a world in thrall to the environmental eschatologists and where feeling good matters more than doing good, this is exactly what we’d expect to see.