‘Triumph of Daedalus Over Fate and Futility’ by Bryan Larsen (www.bryanlarsen.com)

Flourishing human life requires heroes. The reasons for this are two: Heroes perform great deeds, such as exploring Earth’s oceans and far flung continents, learning to grow crops and feed populations, protecting their homelands from foreign invaders, and much more. Further, they inspire us to seek the best within ourselves. Afterall, if a hero overcomes fearsome obstacles to achieve noteworthy goals, why cannot we surmount daunting challenges to fulfill our purposes?

The answer, of course, is that we can.

But, unfortunately, for the past century, serious culture, including the arts, has been dominated by an anti-hero mentality. Heroes, if they are presented at all—in literature or film, in history or biography—are persistently demeaned. In the name of “balance,” contemporary thinkers feel compelled to harp upon a hero’s flaws, whether real or imagined, proportionate or exaggerated, and to grant these equal weight to grandscale achievement; as though, for example, Thomas Edison’s neglect of his children were as worthy of notation as his life-giving accomplishments. In truth, Edison’s neglect of his children was a serious moral failing and, by us, it should be acknowledged and condemned. But after censuring the moral breach, we selectively focus on the grand-scale, life-giving accomplishments. A hero may be flawed, even morally so; but his life-advancing accomplishments might stand apart from and untarnished by the flaws. A hero may be heroic in respect of epic deeds accomplished, even though the rest of his life is mundane or even morally blemished. If so, we acknowledge and deplore the blemish. But we focus on and celebrate the epic deeds.

In life, that which advances life, not that which retards or undermines it, always warrants our most pronounced attention.

In honoring a hero, we perform an act of justice to one who merits it; we motivate future heroic deeds by showing that they will be rewarded; and, hopefully, we are ourselves inspired to strive more heroically in pursuit of life-enhancing goals.

The anti-heroes that dominate serious modern literature and film are hapless persons for whom we feel sympathy, not admiration. They are overcome by alcoholism, or drug addiction, or dysfunctional families, or listless ennui, and so forth. We feel for them—and, in reallife, strive to aid them.

But we need heroes—both real-life heroes and realistic fictional projections of them—not just super-powered comic book figures (the popularity of which shows how starved humanity is for the sight of heroism.) Now more than ever, in an intellectual culture that shuns serious heroes, we need an appreciation of them.

It is this truth that motivated me to write this book.

I was reared in a severely dysfunctional family in Brooklyn, New York, whose afflictions made it impossible for us to travel. I nurtured myself on the sight of heroes, real-life or fictional, in books, in film, in history, and in current events. I was aware that there is a wide world out there, and its possibilities fascinated me. “Aqaba is there,” says T.E. Lawrence, pointing across the desert in the epic film, Lawrence of Arabia. “It is only a matter of going.” But the Nefud Desert is presumed to be impassable, and going there—or many other places—is difficult and dangerous in the extreme.

Such daunting quests are the undertakings of heroes. In my youth and to the present, I especially gloried in the tales of great explorers and pioneers—of Magellan, for example, of Shackleton, of Amelia Earhart, of Jim Lovell, and of others.

I am an unabashed hero worshiper. Worship, properly understood, of life-giving heroes is a profoundly positive attribute. It has helped me overcome numerous life obstacles and it can similarly help many others. And so this book was born. It is not a self-help book. Its purpose is to not to show us how to apply the lessons of a hero’s life in our own. Rather, it is a theoretical book, explaining what heroes are and why mankind needs them. Before we can emulate heroes, we must properly identify them, we must understand who and what they are…. And what they are not. This is a matter of life and death. Some persons, for example, at various times have considered as heroes Adolf Hitler, Josef Stalin, and Osama bin Laden. If we are to promote human life, it is necessary for us to clearly understand that and why mass murderers are definitively excluded from the echelon of heroes.

Those interested in the topic of heroes may remember that this subject was hotly debated by such prominent 19th century thinkers as Thomas Carlyle, Herbert Spencer, William James, and Friedrich Nietzsche. Then, it was known as the “great man theory of history.” Originally, I included in this book a chapter critiquing these thinkers and that theory. For the sake of brevity, I expunged it. But it remains a fascinating subject. For those who wish to explore that specific vision of heroes, I have posted the original chapter on my website as a standalone essay. It is entitled “The Great Man Theory of History” and is available, for free, at: www.andrewbernstein.net.

It is my hope that this book makes an original contribution to our understanding of heroes. But given such an extensive literature on the subject, an important question must be raised: Is there something new to be said regarding heroes?

Afterall, for millennia prior to the 20th century, human beings have glorified mighty, albeit diverse champions—from Achilles in The Iliad, to Rostand’s Cyrano, to numerous other fictional projections, to countless real-life, larger-than-life instances. Much dialogue has ensued and vast quantities of ink employed in an effort to uncover the nature of this phenomenon.

With much respect to numerous predecessors, I believe there remain important truths to be discovered regarding heroism. The first questions are: What is a hero? What makes someone a hero?

Or: How do we distinguish a hero from a non-hero?

We can, of course, start with a good dictionary. The American Heritage Dictionary, 5th Edition, defines “hero” as: 1. “In mythology and legend, a man, often of divine ancestry, who is endowed with great courage and strength, celebrated for his bold exploits, and favored by the gods. 2. A person noted for feats of courage or nobility of purpose, especially one who has risked or sacrificed his or her life: soldiers and nurses who were heroes in an unpopular war. 3. A person noted for special achievement in a particular field: the heroes of medicine.”

The first definition associates heroes often with gods and myths. Of course, a “legend” could be a real person, for example, Leonidas I, warrior King of Sparta, who led the Greek resistance to Persian invasion at Thermopylae, and subsequently achieved an immortal fame for prowess and bravery. Still, this definition errs in its reliance on mythical beings.

But its main problem is that in most myths and legends, the characteristics prized as “heroic” were generally martial prowess and physical bravery, for example, Achilles. Indeed, the definition’s mention of strength most likely denotes bodily, not intellectual and/or moral strength. This first definition, then, is either non-literal, linking heroes to myths and men of divine provenance, or, at best, is too narrow, limiting them to mighty warriors.

The second definition, in its emphasis on risking or sacrificing one’s life, construes “courage” in a limited sense, as largely a matter of risking one’s life for a noble purpose. While such physical courage may certainly be characteristic of a hero, his/her courage can take different forms. Is it not possible that, in standing up for a noble cause, a hero can risk losing his love, his career, his freedom, his wealth, or another significant value, something distinct from life itself but still of great importance?

The third definition has much to recommend it. Its mention of “special achievement in a particular field” neither associates itself with myths nor limits itself to warriors or physical bravery. Related: Its example of “the heroes of medicine” properly emphasizes the potential role of intellect in a hero’s make-up. Nevertheless, as stated, “special achievement” is vague and in need of explication.

The dictionary definitions in this case prove of limited value. We need a better method of identifying the characteristics that make someone a hero.

Another possibility is to examine a range of persons, either fictional or real-life, generally considered to be heroes, and discover whether study of their exploits yields productive insight. However, there is a pitfall to be avoided in this approach.

For if we consider someone a hero—George Washington, let us say—and then extract the characteristics of heroism from examination of his life, the question that emerges is: How did we know he was a hero in the first place? Afterall, we seek the defining characteristics of a hero. In the absence of such knowledge, we could not yet identify who is or is not one.

Can this problem—known in Logic as question-begging—be avoided? Can an examination of individuals generally considered heroes yield fruitful results? In this specific form—no, it cannot. For the reason stated above, this method is doomed to failure. We need a better method of identifying the nature of a hero.

It is one purpose of this book to provide it.

Learn more about heroes by reading the rest of Heroes, Legends, Champions: Why Heroism Matters.

Copyright 2019 Andrew Bernstein. All rights reserved. Republished in Capitalism Magazine by permission of the author.

About Andrew Bernstein
Andrew Bernstein holds a Ph.D. in Philosophy from the City University of New York. He lectures all over the world. He is a senior writer for the Ayn Rand Institute. He has written numerous books, including his novel, A Dearth of Eagles, recently published and available from Amazon. 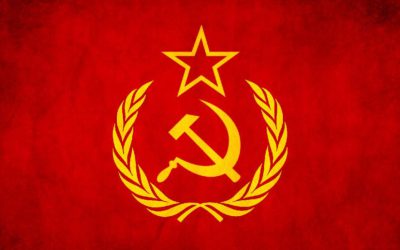