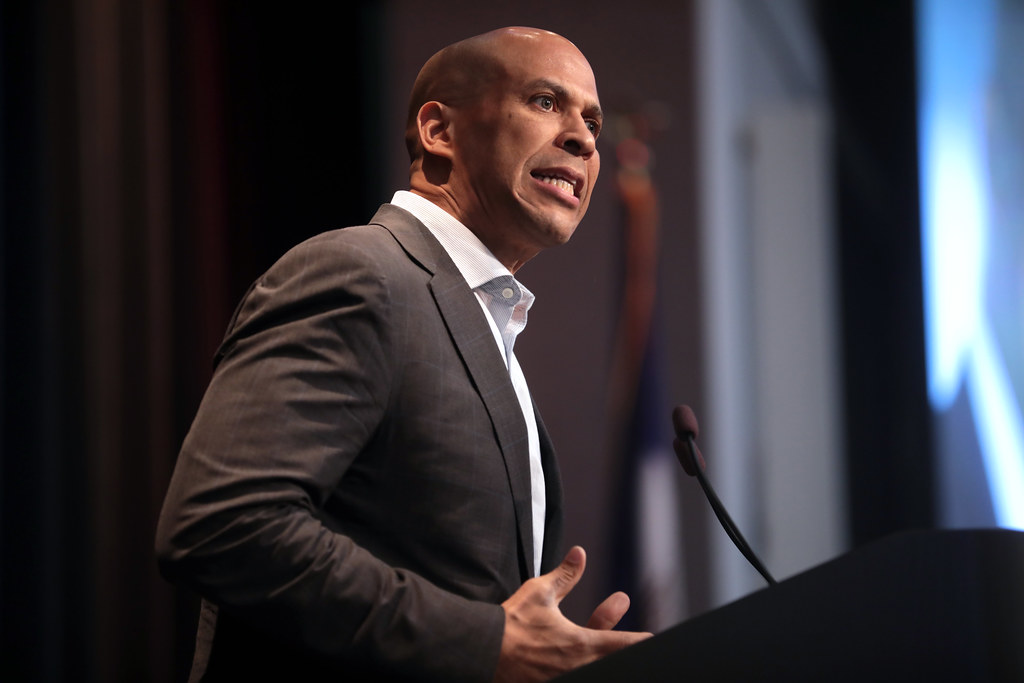 A voter may dislike a black, homosexual or female candidate, but it’s not likely that he would openly admit it. However, diversity-crazed leftist/progressive Democrats have openly condemned the physical characteristics of some of their 2020 presidential candidates. Joe Biden and Bernie Sanders are leading the polls despite the fact that they have been condemned as old white men. While Pete Buttigieg is homosexual, something that pleases diversity crazies, he is also a white man, young and religious. With Kamala Harris’ departure from the race, the Democratic field has lost one of its persons of color. Another, Senator Cory Booker, stands at 2% in the polls; his days are numbered. That means the only Democratic candidates polling high are those condemned as old white people — two men and one woman, Elizabeth Warren.

LaTosha Brown, the co-founder of Black Voters Matter, said she was initially eager for Joe Biden to enter the race but now has second thoughts. Brown said: “I’m over white men running the country. I don’t know if him (sic) getting in changes the field. He has name recognition, but his strength is also his weakness.” Former presidential candidate Howard Dean lamented, “If we have two old white guys at the top of this ticket, we will lose.” The newest entry into the presidential sweepstakes, Michael Bloomberg, had to apologize for what some see as his diversity insensitiveness namely that of calling fellow presidential candidate Cory Booker “well-spoken” in a TV interview. The New Jersey senator said he was “taken aback” by what he saw as Bloomberg’s racist “trope.”

Michael Moore gave us his racist warning: “Two-thirds of all white guys voted for Trump. That means anytime you see three white guys walking at you, down the street toward you, two of them voted for Trump. You need to move over to the other sidewalk because these are not good people that are walking toward you. You should be afraid of them.”

This is the new racism, much of it learned and taught at our nation’s colleges. George Orwell said, “Some ideas are so stupid that only intellectuals believe them.” The stupid ideas about inclusion and diversity originate with academics on college campuses. If their ideas didn’t infect the rest of society, they might be a source of entertainment. But these cancerous ideas have infected society. Statements such as “I’m over white men running the country,” or “If we have two old white guys at the top of this ticket, we will lose” are examples of that cancer.

Last year, Philip Carl Salzman wrote “The War Against White People” in Minding the Campus. He declared: “Anti-white hate is now mainstream American culture. Not just by racial extremists such as Black Lives Matter, for whom statements such as “all lives matter” or “blue lives matter” are racist. Our highest leaders sing the same song.”

When Barack Obama was campaigning for the presidency in 2008, he said of working-class white voters, “They get bitter, they cling to guns or religion or antipathy to people who aren’t like them or anti-immigrant sentiment or anti-trade sentiment as a way to explain their frustrations.” During the 2016 presidential campaign, candidate Hillary Clinton claimed that half of Donald Trump’s supporters were “a basket of deplorables” who were “racist, sexist, homophobic, xenophobic, Islamophobic — you name it.” Do you think Clinton was talking about Trump’s black, Asian and Hispanic supporters? No, she was talking about millions of Trump’s white supporters.

Then there’s Sarah Jeong, a member of The New York Times editorial board and graduate of the University of California, Berkeley, and Harvard Law School. She expressed publicly many anti-white opinions. Among them are: “The world could get by just fine with zero white people.” “Dumbass f—ing white people marking up the internet with their opinions like dogs pissing on fire hydrants.” It’s “kind of sick how much joy I get out of being cruel to old white men.” I guarantee you that The New York Times would have fired any employee making similar statements about black, Hispanic or homosexual people.

The bottom line is that the new racism, born in academia, is just as ugly as the old racism.