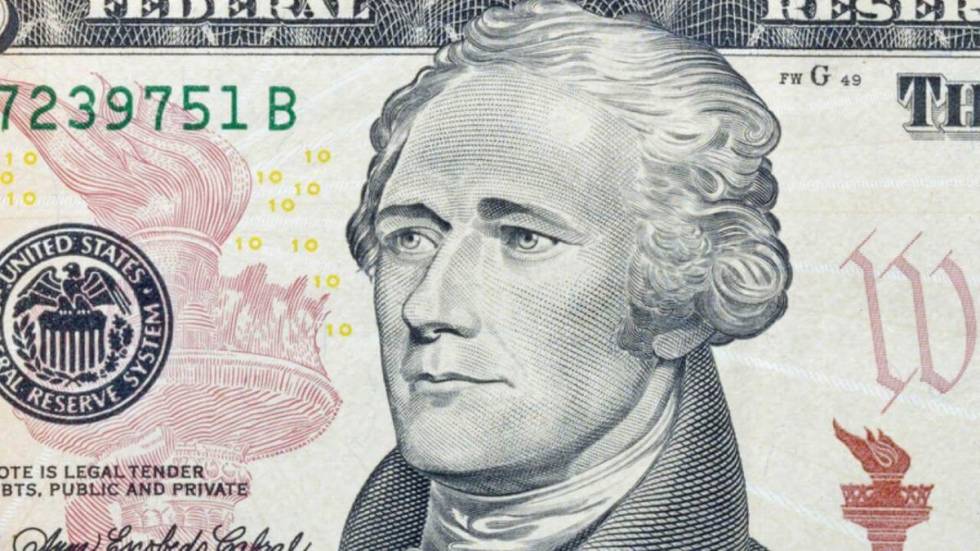 January 11th was Hamilton’s Xth birthday — Xth because scholars are still fighting over whether he was born in 1755 or 1757. But that fight pales in comparison to the one over Hamilton’s legacy.

4. Booh! Hamilton advocated limited government. See, for example, Charles Beard, An Economic Interpretation of the Constitution (1913) which — little known fact — originated in Beard’s plan to pen a biography of Hamilton.

I reside firmly in camp three. Yes, I named my first-born son (not the one who couldn’t find a job last summer due to wage floors) Alexander Hamilton Was Wright, but of course did that after I came to hold the views expressed herein. Those in camp one are hopelessly wrong, while those in two and four are only half wrong. The latter are incorrigible but those in camp two are classical liberals and hence, according to Phil Magness and Michael J. Douwma’s What Is Classical Liberal History?, should be amenable to evidence and reason.

Hamilton believed in establishing an energetic but efficient national government, an Effective Republic as Harvey Flaumenhaft put it. Hamilton wanted nothing like the swampy monstrosity many seek to drain today.

The hoary notion that Hamilton wanted a big national government was correct only relative to what his political opponents, led by Thomas Jefferson, claimed they wanted. Those were the same political opponents, incidentally, who adopted Hamilton’s financial system wholesale to purchase the Louisiana Territory, implemented a disastrous international trade embargo, and started an equally disastrous war with Great Britain in 1812.

To properly understand Hamilton, one must recall that before the Revolution, he was but a yute, a precocious one for sure, but immature and caught up in the eighteenth century equivalent of a Twitterstorm. After the Revolution, the travails of which seasoned him thoroughly, Hamilton made a living as an attorney and a politician, both occupations where people take positions that they would not necessarily espouse or defend in other contexts.

To induce the real Alexander Hamilton to stand up, therefore, we must examine his actions as America’s first treasury secretary (1789-1795). In that role, Hamilton espoused and implemented policies that made the new nation stronger. (You can read about them in my One Nation Under Debt if you want the deets.) So Hamilton was certainly a nationalist, but not an economic one.

What Hamilton did not do as treasury secretary is implement, or espouse, any system of protective tariffs or bounties. Unlike his other great state papers, his Report on Manufactures did not proffer specific legislation. It was, as David Cowen and Richard Sylla show, more of a primer for clueless Congressmen than a call to action. As John Nelson demonstrated long ago in Liberty and Property, protective tariffs or bounties would have blown Hamilton’s budget, the former by reducing the federal government’s major source of income and the latter by spending it on projects other than Hamilton’s prime objectives, servicing the national debt and building an effective system of national defense.

As Stephen Knott explained in his aptly titled Alexander Hamilton and the Persistence of Myth, later thinkers misread Hamilton to further protectionist agendas or to find an intellectual scapegoat, somebody worthy of attacking for reputedly clinging to mercantilism or close proxies, like monarchism. After all, the true economic nationalists of the Early Republic, like Mathew Carey and others described in Larry Peskin’s Manufacturing Revolution, were hardly brainiacs.

Some misreadings of Hamilton were genuine mistakes induced by the complexity of his arguments. Hamilton asked an employee, economic nationalist Tench Coxe, to draft the Report, so parts of it contained a strident tone, but in the final draft Hamilton was careful to couch the entire discussion in a series of conditional statements. Iff Congress wanted to promote manufacturing then it needed to consider the costs incurred by policies like tariffs (two deadweight loss triangles) and bounties (just one DWL). In his other great state papers on national credit and the national bank, Hamilton was more assertive, more like ‘we better do what I suggest or the Constitution will be rendered a frail and worthless fabric.’

“If, by the necessity of the thing, manufactures should once be established, and take root among us, they will pave the way still more to the future grandeur and glory of America; and, by lessening its need of external commerce, will render it still securer against the encroachments of tyranny.”

Note that Hamilton in this instance was not calling for tariffs or other government measures to force Americans into manufacturing, he was simply saying that if economic necessity induced more domestic manufacturing, it would help America to resist tyranny by allowing it to produce war material domestically. The statement does not call for autarky, it just notes that increasing domestic manufacturing would decrease the need for importing manufactured goods in wartime, a strategic lesson the Confederacy would relearn the hard way. The context was one in which his political opponents wanted nothing to do with manufacturing because they feared, in a nation still clinging to viva voce voting, that large numbers of wage workers would corrupt politics.

Unlike policymakers today, Hamilton confronted a world where mercantilism still ruled, which rendered his “Second Best World” discussions of trade much more apt than those of today’s tariff mumblers. Hamilton’s views were nuanced and also largely correct, at least measured against, say, the 17th edition of Tom Pugel’s International Economics textbook.

Hamilton did not proffer grandiose plans for American infrastructure or manufacturing, but rather called for the exertions of private enterprise. His desire for a stronger domestic manufacturing sector, for example, led not to a call for Congressional action but the formation of a joint-stock corporation, the Society for the Establishment of Useful Manufactures. It proved premature and Hamilton accepted the market’s feedback.

Hamilton wanted infrastructure investment because Americans needed cheaper and faster access to markets, not jobs, which were still relatively rare and low status arrangements in an economy still strongly characterized by proprietorship. The federal government could help to coordinate the development of an interstate transportation system, Hamilton believed, if (there is that word again) only it had a clear Constitutional mandate to do so. States could also pitch in resources, as many later did (though often with disastrous results), by buying stock in for-profit transportation corporations. Unlike Albert Gallatin, Hamilton did not construct or push a detailed national infrastructure plan.

Moreover, the United States in the early 1790s restricted neither immigration nor international trade. (It would later restrict one or the other, but, unlike today, rarely both simultaneously.) Capital flows remained open under Hamilton, too, and he was responsible for putting the nation on a bimetallic standard following the inflationary horrors of Continentals and state-issued bills of credit during the Revolution. And, as Doron Ben-Atar reminds us in Trade Secrets, Hamilton pirated foreign, especially British, intellectual property whenever he could.

Of course no policymaker is perfect and Hamilton’s defense of the constitutionality of the Bank of the United States began to stretch the elastic clause beyond what many consider its breaking point. Chief Justice John Marshall’s Aggressive Nationalism, though, set much more important legal precedents than Hamilton’s memorandum. While both Hamilton and Marshall were nationalists, they were also both Constitutional originalists and, according to Kate Elizabeth Brown, Hamilton was in a sense the original originalist because he insisted on the importance of British precedents to early American jurisprudence. If you need a Big Government demon to flay, look to Progressive-era jurists and the Legal Realism movement.

In sum, when the real Alexander Hamilton stands up, it is as a nationalist with a strong policy record in support of the free international flow of financial capital, merchandize, people, and technology and in support of a national government with the primary goal of being a lean, mean fighting machine. The real Hamilton knew markets were imperfect but preferred them to government planning and constitutionally was an originalist.

About Robert E. Wright
Robert E. Wright is the Nef Family Chair of Political Economy at Augustana University in Sioux Falls, South Dakota. He is the author of 18 books, including a new book on financial exclusion published by AIER. 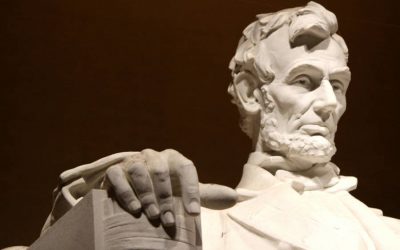