As half the nation eagerly awaits the kickoff of the Super Bowl, the other half looks on in wonderment at what could be so enthralling about grown men running up and down a field carrying an oblong ball.

Football fans who cannot articulate why they feel such passion for the game may retreat to their television sets feeling a vague sense of guilt that, perhaps, they are wasting their time.

However, no guilt is called for, because watching sports satisfies a vital human need.

The essential value of spectator sports lies in their capacity to illustrate, in a dramatic way, the process of human goal-achievement. They do this by making the process shorter, simpler, and more visually exciting than it is in daily life–and by giving us heroes to admire.

A process of goal-achievement underlies everything that makes our lives richer, from discovering new medicines to learning about computers, from pursuing a career to enjoying friends and family. But success is not automatic–each such endeavor must be started and maintained, often in the face of great obstacles, by an individual’s choices. To gather the moral courage to make their own difficult choices each day, people need inspiration–the spiritual fuel that flows from the sight of another’s achievement.

Unfortunately, our culture’s traditional sources of inspiration have dried up. Today’s movies give us serial killers or self-mocking secret agents, novels feature the pedestrian and the neurotic, and television news programs expose public figures cravenly compromising their ideals. In this value-challenged milieu, sporting events offer us a rare glimpse of heroes at work.

But how can heroic stature arise from a perfectly useless act like carrying a football across a goal line? The answer is that the non-utilitarian nature of sporting goals provides a limited, safe context in which everyone’s focus can be on the process of goal-achievement as such, not on the particular nature or value of the goal. Just imagine how the carefree joy of watching a Super Bowl would be crushed if, for example, one learned that a friend’s life depended on the outcome.

Spectator sports invite us to take pleasure in our capacity for admiration. Different athletes display different virtues–one performs well under pressure, another shows consistent excellence despite advancing age, a third publicly takes pride in his accomplishments–but each contributes to the vast storehouse of sporting memories that fans draw upon every day, as reminders that difficult goals can be achieved by focused, dedicated effort.

Because physical action is stressed in all spectator sports, some potential fans may be bored by the prospect of watching bodies run around on a playing surface. But in truth, sports–like all human endeavors–have both a mental and physical component, and spectators who learn and follow the intricate strategy behind each play obtain maximum satisfaction from the game.

Sports offer as close to a universal value language as we have left. The sense of brotherhood that sports fans feel makes it possible for complete strangers to find themselves happily discussing the latest exploits (or ruefully noting the recent failures) of their favorite team.

Ultimately, sporting events like football’s Super Bowl offer a microcosmic vision of what “real life” could, and should, be like.

In a society that increasingly rewards weakness and failure, sports fans appreciate that each athlete has to earn his way onto the field by proving his superior ability, and that physical and mental handicaps will be recognized for what they are — obstacles to be overcome on the road to achievement, not values in their own right.

In a nation whose laws are increasingly arbitrary, sports fans look forward to spending time in a world where the rules are explicit, known in advance by all participants, and fair to everyone.

In a culture that preaches the deadening duty of self-sacrifice and service to others, sports fans love to turn on the TV and immerse themselves in an exciting, suspenseful contest for no purpose other than their own personal enjoyment.

In a world of life-and-death conflicts, spectator sports give us a “time-out”–an opportunity to relax and celebrate human skill, dedication, and success in a spirit of simple joy. 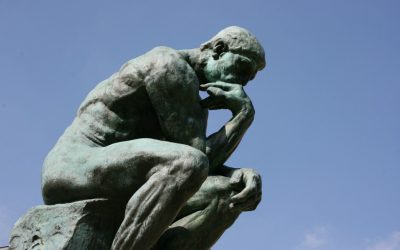