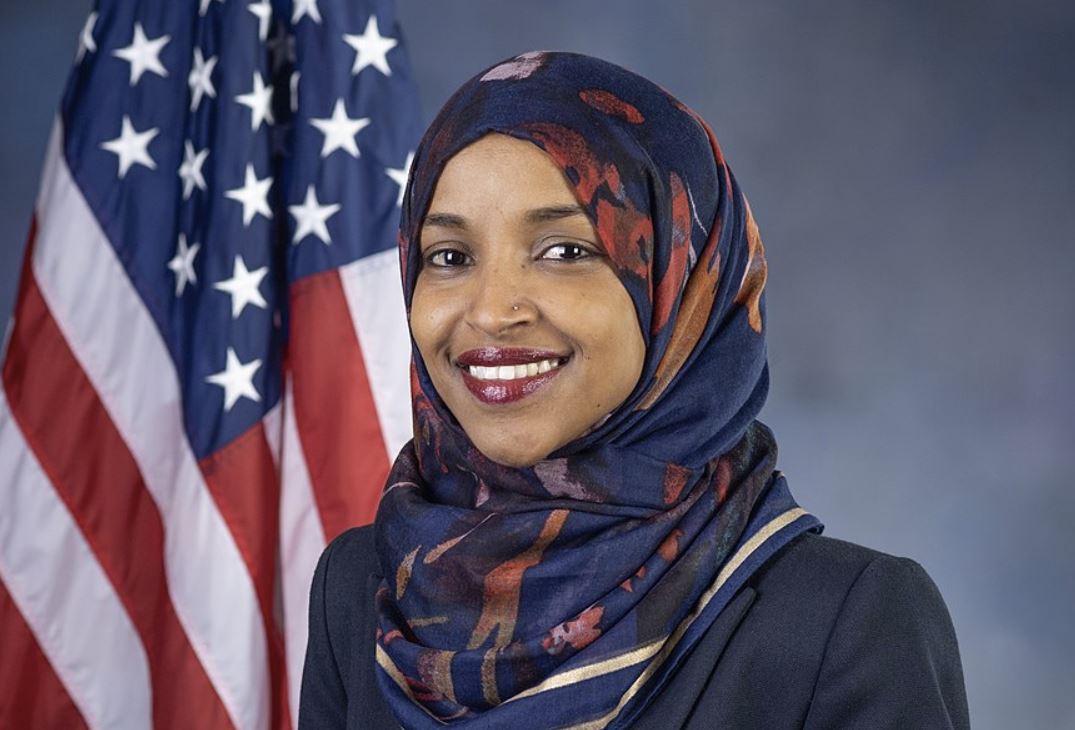 Eighty-six percent of Democrats consider President Donald Trump “racist,” according to a July 2019 Quinnipiac poll. By contrast, 91% of Republicans do not consider him “racist.” Perhaps more disturbing, a November 2018 online Axios poll by SurveyMonkey found that a whopping 61% of Democrats believe Republicans are “racist/bigoted/sexist.” A comparatively small 31% of Republicans feel the same way about Democrats.

For a party that considers Republicans racist/bigoted/sexist, how do Democrats somehow, someway manage to tolerate, if not embrace, Rep. Ilhan Omar, D-Minn? For a congressional first-termer, her list of cringeworthy, insulting and anti-Semitic remarks is impressive.

Omar’s latest occurred shortly after Trump authorized the drone strike that killed the Iranian terrorist leader Qassem Soleimani. Flanked by other Democratic House members, Omar said she felt “ill” because “of everything that is taking place,” adding: “And I think every time I hear … of conversations around war, I find myself being stricken with PTSD. And I find peace knowing that I serve with great advocates for peace and people who have shown courage against war.”

Not a word of sympathy for the estimated 1,100 U.S. soldiers maimed or killed between 2005 and 2011 by explosively formed penetrators, the use of which Soleimani oversaw. In response to criticism over her “PTSD” comment, Omar, a Muslim refugee from Somalia, tweeted in response to Rep. Jim Banks, R-Ind., comments on her PTSD: “I survived war as a child and deal with post-traumatic stress disorder — much like many who have served or lived through war. It’s shameful that you as a member of Congress would erase the PTSD of survivors.”

Omar, in 2012, before she became a member of Congress, tweeted: “Israel has hypnotized the world, may Allah awaken the people and help them see the evil doings of Israel.” After her election to Congress, she apologized: “I heard from Jewish orgs. that my use of the word ‘hypnotize’ and the ugly sentiment it holds was offensive. I spent … little energy (in) disavowing the anti-Semitic trope I unknowingly used, which is unfortunate and offensive.”

Then there were her accusations in February 2019 that supporters of Israel were deluded or bought off. It’s “all about the Benjamins baby,” she tweeted. At a town hall shortly after that comment, Omar said, “I want to talk about the political influence in this country that says it is OK for people to push for allegiance to a foreign country.” Rep. Nita Lowey, D-N.Y., tweeted, “I am saddened that Rep. Omar continues to mischaracterize support for Israel.” Omar did not back down, tweeting: “Our Democracy is built on debate, Congresswoman! I should not be expected to have allegiance/pledge support to a foreign country in order to serve my country in Congress or serve on committee. The people of the 5th elected me to serve their interest. I am sure we agree on that!”

Omar was dismissive of the seriousness of terror attacks of Sept. 11, 2001. At a March 2019 fundraiser for the Council on American-Islamic relations, she said: “Here’s the truth: For far too long we have lived with the discomfort of being a second-class citizen and, frankly, I’m tired of it, and every single Muslim in this country should be tired of it. CAIR was founded after 9/11 because they recognized that some people did something and that all of us were starting to lose access to our civil liberties.”

“Some people did something”?

If Republicans have an equivalent to Omar, it is Rep. Steve King, R-Iowa. He, too, has compiled an impressive list of cringeworthy, bigoted comments. Last year, the pro-life congressman said: “What if we went back through all the family trees and just pulled those people out that were products of rape or incest? Would there be any population of the world left if we did that?” In 2016, he said: “They chose to have a Congressional Black Caucus. They chose to have an abortion. I would give you even money that a vast majority of mothers who say they can’t afford an abortion have an iPhone, which costs more.”

Then came King’s interview with The New York Times in which he said: “White nationalist, white supremacist, Western civilization — how did that language become offensive? Why did I sit in classes teaching me about the merits of our history and our civilization?”

Within days of that comment, House Republicans introduced a resolution of disapproval condemning King by name, as well as his remarks. Every Republicans voted for it, as did all but one Democrat. Republican House leadership then stripped King of all his committee assignments.

By contrast, the Democrats, in response to Omar’s anti-Semitic comments, passed a watered-down resolution that condemned all types of bigotry, including anti-Semitism. But the resolution made no specific reference to Omar. And it appears that Democratic leadership did not even consider stripping her of committee assignments.

A tale of two flamethrowers. Now which party is “racist/bigoted/sexist”?