Blockbuster's demise began when it charged a man named Reed Hastings $40 in late fees. That annoyed him so much, he started a subscription-based, mail-order movie rental company he called Netflix. 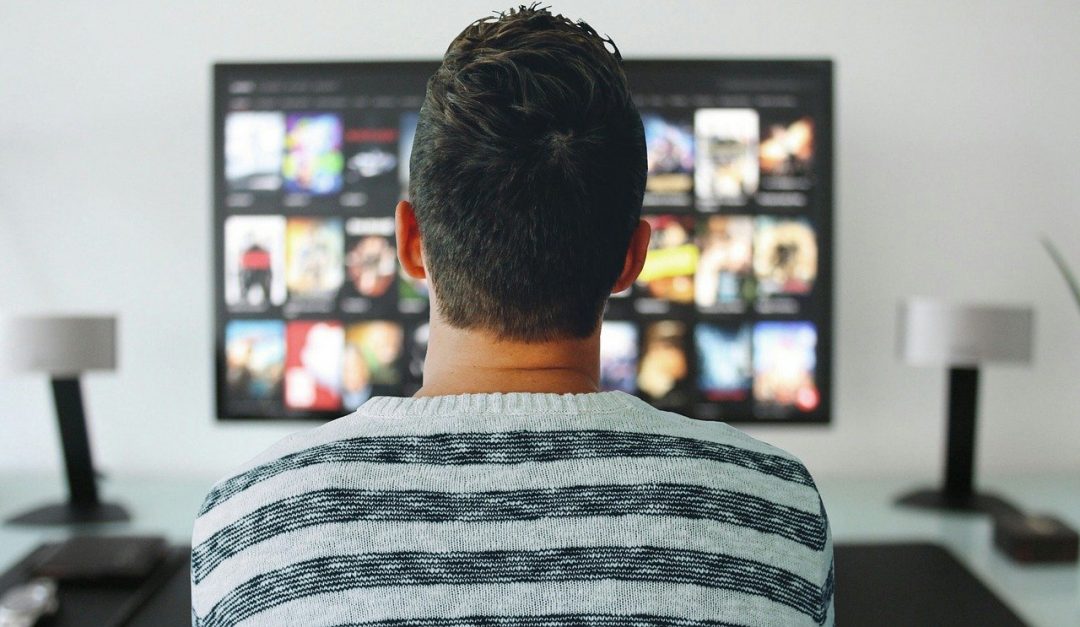 Reporters complain about business. We overlook the constant improvements in our lives made possible by greedy businesses competing for your money. Think about how our access to entertainment has improved.

“When I was a kid,” says Sean Malone in a new video for the Foundation for Economic Education, “my TV broadcast options were PBS, Fox, ABC, NBC and CBS. Depending on the weather, it was hit or miss whether or not they were even watchable.”

1977 brought the first video rental store. “We literally had to rent a VCR along with two or three movies we could get on VHS from Blockbuster,” Malone reminds us, pointing out how much changed. “Now just about anything I’ve ever wanted to watch is available at the click of a button.”

Here’s a short version I released this week of the FEE video. It wasn’t government or big movie studios that made the amazing array of new options available. They dragged their feet. Malone points out that “the astounding wealth of home entertainment options we have today are the result of entrepreneurial start-ups, like Blockbuster.”

Blockbuster letting people watch movies whenever we wanted was a big improvement. But people are ingrates about the things capitalism makes possible. In the 1990s, people complained that Blockbuster’s chokehold on video entertainment was so strong that the company would be able to censor anything it didn’t like.

Special sanitized versions of movies were distributed through Blockbuster. How would we ever get to see the movies as they were originally intended? Clearly, Blockbuster was a monopoly. Government should regulate “Big Videotape” and break up the Blockbuster monopoly!

Government didn’t. Yet Blockbuster is now bankrupt. Its competitors offered so many better things.

That’s something to think about now when people call Facebook and Google monopolies. A few years ago, people claimed Netflix had a monopoly.

But without government suppressing competition, Netflix had no way to maintain its temporary hold on the streaming market. Other companies caught up fast. Customers decide which businesses succeed and which ones fail.

This is why centrally planning an economy doesn’t work. “Politicians and bureaucrats don’t know what people are going to value,” explains Malone. “They pick winners and losers based on what they want or what they think is going to earn them the most important allies.”

Blockbuster’s demise began when it charged a man named Reed Hastings $40 in late fees. That annoyed him so much, he started a subscription-based, mail-order movie rental company he called Netflix.

Then, Netflix made movies available online.

Now we have instant access to more entertainment than ever through Disney+, Hulu, Amazon Prime, etc., all for a fraction of the cost of the original Netflix.

Still, we complain. That’s how it is with capitalism, and it’s a wonderful thing. While we complain, entrepreneurs like Hastings invent faster, easier ways to get us what we want. Many offer us options we never knew we wanted, putting old giants out of business.

There is an economics lesson in that. When entrepreneurs face competition, they often lose, but the fights make life better for us consumers.

The first flip phone cost $1,000 and couldn’t do the things we expect phones to do today. Competition drove further innovation. We got the Blackberry, and then the iPhone.

What amazing things will businesses come up with next?

Malone’s video points out that the best way to find out is to keep government and central planning out of the mix.

Once government wades in with regulations, it tends to freeze the current model in place, assuming it’s the best way to do things.

But the best way to do things is one that we haven’t even thought of yet, produced by the endless creative process called competition.