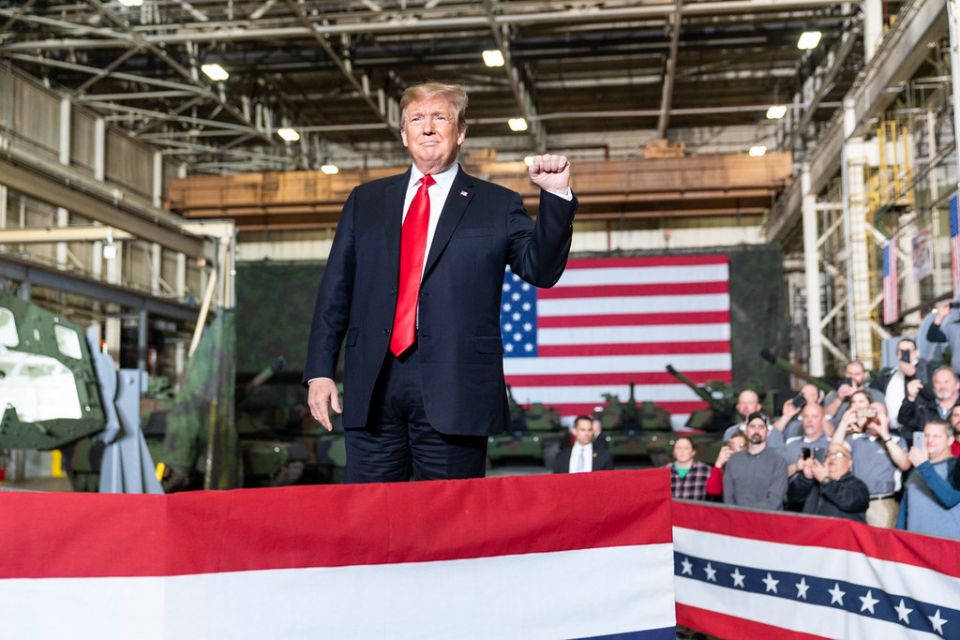 Talking about the United States-Mexico-Canada Agreement (USMCA), or “new NAFTA,” House Minority Leader Kevin McCarthy recently tweeted that “any economist will tell you that #USMCA will make America stronger. Any member of the House will tell you that it would pass if Speaker Pelosi would let us vote on it.”

Well, I am an economist, and I can tell you that the assertion about “any economist” is not true.

It is true that if Speaker Pelosi were to put the USMCA to a vote today, it would likely get approved in the House. From there, USMCA would likely sail through the Senate, a chamber filled with Republicans incredibly eager to please Trump on trade. However, the notion that this trade deal would make the economy stronger is doubtful because this deal is not great in the first place.

Don’t get me wrong, it has some good aspects to it. The best aspect, without question, is that it keeps intact 90 percent of the old NAFTA. Considering that Trump said that NAFTA was “the single worst deal ever approved,” I would say that’s quite a victory. It means that almost 100 percent of exports between North America’s three countries will remain duty free. On the positive side, USMCA liberalizes some of the duty-free treatment a little further by having Canada agree to reduce its nasty 270 percent tariffs on dairy imports into the country. First and foremost, that’s a big win for Canadian consumers.

USMCA also modernizes the governance of digital trade. Such modernization is important. NAFTA went into effect on January 1, 1994, long before the internet became this incredible commercial space that we heavily use and enjoy today.

When the International Trade Commission (ITC) scored the impact of USMCA on the economy, it found that lifting the uncertainty that existed due to the lack of clear digital rules would have a positive impact. Yet lifting this uncertainty is indeed the only net-positive impact that the ITC found for USMCA. It is worth adding here that these positive developments on the digital side are nothing more than what the previous administration had already negotiated with Canada and Mexico through the Trans-Pacific Partnership Agreement (TPP), an agreement that Mr. Trump, during his first month in office, stupidly withdrew us from.

And then there’s USMCA’s bad stuff. The strength of NAFTA is that it resulted in a significant increase in total trade, a surge in cross-border investment, and the creation of an intricate North American supply chain. As I explain elsewhere:

In the 1990s, many U.S. companies and foreign companies operating in the United States shifted their sourcing of raw materials and intermediary goods (such as auto parts) from Asia to Mexico. Some academics have argued that the peso crisis of 1994-1995 prompted this move as Mexican labor markets became relatively cheaper, which if added to the fact that a move to Mexico lowered both transportation costs and supply-chain risk, made Mexican workers an attractive bargain. This ensured that more of domestic companies’ production remained in the United States, as we saw with the automotive industry. It also enhanced the advantages that foreign companies enjoyed by transitioning their production from their home countries to North America, which thereby increased their reliance on this new North American supply chain. Given that America has numerous free-trade agreements with multiple countries around the world, these foreign companies also found it advantageous to export from the United States as opposed to exporting from their own country.

The rest of the provisions in USMCA will directly increase the cost of producing goods in the US. These will also weaken the North American supply chain and will probably force companies to shift more production abroad.

For instance, under USMCA, for automobiles to enter the US duty free from Mexico or Canada, at least 75 percent of the vehicles’ content must originate in the US, Mexico, and Canada. This figure is up from the current 62.5 percent. USMCA also would require that 70 percent of the steel and aluminum used to produce automobiles be sourced inside the USMCA zone. It doesn’t take a PhD economist to understand that this requirement will increase the price that Americans pay for automobiles.

Also, USMCA would tie duty-free treatment of automobiles to the requirement that at least 40 percent of each vehicle be produced by workers paid at least $16 per hour. This requirement imposes on car manufacturers yet another cost hike. This is an aspect of the deal that could have been drafted by the most radical Democrats on today’s campaign trail. It is also a perfect example of how the US is using a trade agreement to export its bad labor regulations to other countries.

The bottom line is that pretty much all that is new and unique in USMCA is protectionist and economically destructive. This reality explains why the ITC scored the part of the agreement dealing with automobiles as having a negative impact on the economy.

Now there is no doubt that passing USMCA would lift the uncertainty that is plaguing trade and investors today. But that’s a much different argument than saying that USMCA would make the economy stronger. Besides, this uncertainty was entirely produced by Mr. Trump, fueled by his desire to destroy all things free trade in America.

Contrary to what the minority leader believes, the surest way to make our economy stronger would be for President Trump to end his idiotic trade war. This war hasn’t achieved Trump’s promised goals, which are to deliver great free-trade deals, force other countries to change their protectionist ways, and reduce US trade deficits. (Overlook here the fact that this last goal is itself misguided.)

The trade war has, however, increased trade barriers all over the world at great cost to consumers in the countries — including of course the US — afflicted by the tariffs. It has also reduced capital expenditures in the wake of the uncertainty produced by an erratic president who keeps changing the rules of the game and almost never brings deals to completion.

This damage will have long-term consequences that go beyond trade policy. See, the argument for a steep reduction of the corporate income tax rate was that it would increase capital expenditures by companies, hence increasing workers’ productivity and wages. But the trade war is taking a serious bite out of the tax cut’s positive effects. Opponents of the corporate income tax reduction, therefore, now have cover to claim — by pointing to weak capital expenditures.

The bottom line is that if the Republicans truly do care about the health of the economy and about the legacy of the tax cuts, they better stop mouthing the administration’s narrative on trade, and fight to stop the damage. But I won’t be holding my breath.