American Schools: The Collapse, The Cause, The Cure

Why do U.S. students persistently score lower than students from other nations on international tests? 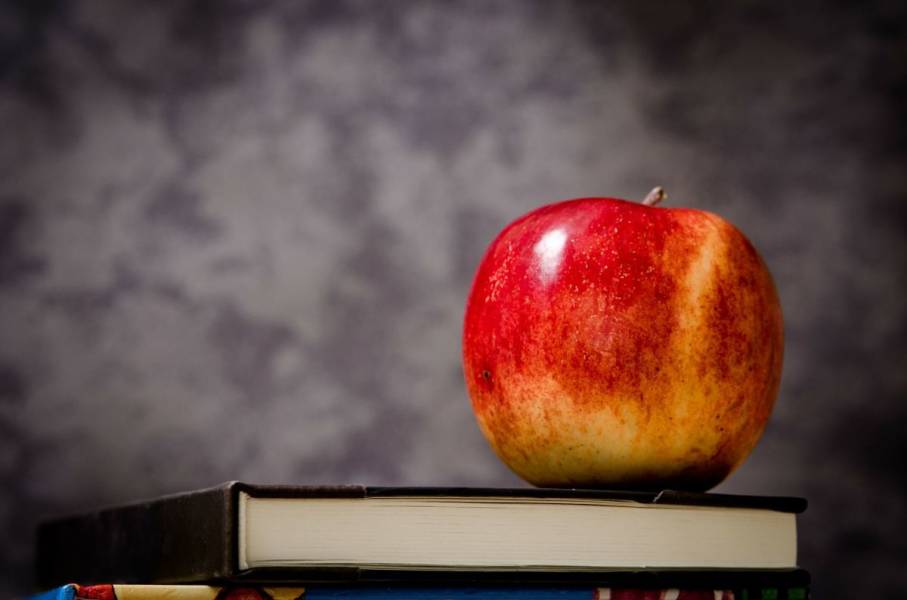 Student test scores show that American schools are a failure.

As far back as 1983, a commission appointed by the Reagan Administration entitled its report regarding U.S. education: “A Nation at Risk.” It concluded ominously: “If an unfriendly foreign power had attempted to impose on America the mediocre educational performance that exists today, we might well have viewed it as an act of war. As it stands, we have allowed this to happen to ourselves.”

We still allow it.

In 1994, the Educational Testing Service reported that merely 42% of American college graduates could accurately summarize a newspaper article. In 2012, American high school students scored below the mean on the math portion of the Programme for International Student Assessment test, ranking 26th out of 34 nations involved.  In 2015, American kids did worse, scoring near the bottom on the same exam. And on the depressing news goes.

It was not always this way.

Literacy in 18th and 19th century America was high. For example, the essays of The Federalist, articulating sophisticated political theory, were written largely as newspaper editorials read by the common man. Thomas Paine’s Common Sense sold 120,000 copies to a free population of 2.4 million (analogous to selling ten million copies today). In the early 19th century, when the U.S. population was twenty million, the novels of Walter Scott and James Fenimore Cooper each sold millions of copies. The McGuffey Readers, which sold over 120 million copies between 1836 and 1920, presented selections from Nathaniel Hawthorne in the 4th-grade text and from Shakespeare in the 5th. The term “benighted” was deployed in the third-grade reader.

Let’s approach the problem as though it were a mystery story–a whodunit to be solved–and we are intellectual detectives. What killed American education?

We can break this down into related sub-questions: 1. Why do U.S. students score so low on academic tests? 2. Why are so many Americans semi-illiterate?

The succinct answer is that the theories of John Dewey and other Progressive educationists came to dominate American schools of education–and did not in other nations.

The simple truth is that Progressives thought only an elite few should go to college and become society’s leaders. These bright kids would receive the full academic program–literature, math, history, and science.  The rest of us would learn practical life skills–vocational training, hygiene, driver’s ed, and so forth. The educated intellectual elite would govern in the legislature and in the classroom; the rest of us would be good worker ants, doing our jobs competently and uncritically obeying the government’s wise rulers.

They put this theory into practice in numerous ways.

During the early 20th century, such researchers as Lewis Terman developed the Stanford-Binet intelligence test. Its purpose was to differentiate the intellectually gifted from those of more modest intelligence. Educational historian, Diane Ravitch, points out that “the public schools employed the tests to predict which students were likely to go to college and which should be guided into vocational programs.”

Related, shortly after World War One, several Progressives, including John Franklin Bobbit at the University of Chicago, developed the field known as Curriculum Studies. Prior to this, school curricula had been designed by community school boards and teachers who knew the expectations of local parents. Because most parents desired their children to receive academic training, this is what the schools provided.  No more, said the curriculum designers. School board members, teachers, and parents were fluent in neither IQ testing nor methods of tracking students into subjects that would train them for their future professions. This was a task for the trained experts of Curriculum Studies.

“The invention of the scientific curriculum expert represented an extraordinary shift in power away from teachers, parents, and local communities to professional experts…In modern school districts, control over curriculum was transferred from educators who had majored in English, history, or mathematics to trained curriculum specialists.”

The educational goal, for these thinkers, was not personal fulfillment but social utility. Of what use to society was it, for example, for a modern American plumber to master Shakespeare’s dramas, or calculus, or Greco/Roman history? This last field, Bobbit wrote, “deals with a world that is dead…with manners…and languages that are altogether impracticable in this modern age.” Rather, curriculum designers claimed, if agricultural production declines, the schools should improve agricultural training, if industrial output falls, the schools must do better at teaching industrial education, and so forth.

Then came the so-called Cardinal Principles, which delivered a death blow to academic training as the centerpiece of American schooling. In 1912, the Bureau of Education, working with the National Educational Association, established the Commission to Reorganize Secondary Education (CRSE). In 1918, the CRSE presented its Cardinal Principles of Secondary Education. There were seven objectives: One was Health, mandating that schools teach hygiene and encourage athletics. One was Worthy Home Membership, meaning the schools would teach household management to teen-age girls. One was Vocation, requiring the schools to teach shop classes. Another was Civics (soon to be Social Studies), which largely replaced History, and, in Ravitch’s terms, focused on “social efficiency, or teaching students the skills and attitudes necessary to fit into the social order.” One was Worthy Use of Leisure–to train people how to properly enjoy themselves. A sixth was Ethical Character, which assumed that a government-run institution should properly teach moral principles to children.  About these six, the CRSE had much to say.

About the remaining objective, Command of Fundamental Principles, the only objective dealing with academics, the commission wrote little. “Provisions should be made also for those having distinctly academic interests”–and that’s it. In Ravitch’s words, academic training became “an afterthought.”

This approach soon dominated American schools of education. Its basic philosophy still does.

Why such hostility on the part of professional “educationists” toward intellectual training? John Dewey, philosophy professor at Columbia University, answered:

“The mere absorbing of facts and truths is so exclusively individual an affair that it tends very naturally to pass into selfishness. There is no obvious social motive for the acquirement of mere learning, there is no clear social gain in success thereat.” Dewey held that schooling’s purpose was not to teach the child “science, nor literature, nor history, nor geography”–but to prepare him for “social cooperation and community life.”

Dewey, a world-renowned thinker, gave the Progressive movement an imprimatur of lofty philosophy.

Whether or not contemporary educationists accept the idea that the purpose of schooling is to train compliant subjects to dutifully perform their roles in a scientifically-engineered society, they do retain the anti-academic bias.

Consequently, over the years, our schools have enormously de-valued academic training. For example, today, in most states, only two years of math are required for high school graduation. Regarding science, most high school students take a biology course, just over half take chemistry, and roughly one quarter study physics. Merely twenty percent of American high school graduates take all three basic science classes.  Regarding reading, educationists for a century have attacked phonics–the historically effective method of teaching reading–and sought to replace it with look-say or whole language, methods dismally less successful.

Rudolf Flesch pointed out in his 1955 classic, Why Johnny Can’t Read, that America’s illiteracy problem stemmed from its rejection of phonics for other methods; and that Europe’s lack of literacy problems was based in its commitment to phonics. It is, therefore, no mystery that many Americans, in our day, are semi-illiterate. To a significant degree, many of our schools have de-valued or abandoned the most effective method to teach reading.

Since many Americans struggle to read, literature reading lists have been dumbed down. For example, the 1922 Texas statewide high school reading list for the 9th grade ranged, in estimated grade levels, from 8.0 to 12.9. By contrast its 2015-16 9th grade counterpart ranged from grade levels 4.5 to 6.7. It is not surprising, therefore, that historian, Richard Pipes, stated that applicants for his freshman seminar at Harvard University were “almost totally unfamiliar with the world’s great literature.”

History, of course, for a century has been replaced by Social Studies and taught only sparingly. For decades now, at the colleges at which I have taught, the ignorance of history–including America’s–on the part of most students is appalling.

We have arrived at this disastrous state of education for one fundamental reason: Schools of education, state departments of education, and the federal Department of Education form what historian Arthur Bestor called an “Interlocking Directorate” of professional educationists militantly opposed to academic training as the proper foundation of schooling.

We have answered the questions with which we started. 1. Why do U.S. students persistently score lower than students from other nations on international tests? Because U.S. schools do not teach academic subjects to the extent or the depth that schools in other countries do. 2. Why are so many Americans semi-illiterate? Because the Interlocking Directorate–unlike in most other industrialized nations–rejects phonics as  the preferred method to teach reading.

This is why the proposed Common Core solution to America’s educational problems is not merely mistaken, it is risible. One of Common Core’s many problems is that it would deliver control of all American education–both public and private–to the federal Department of Education; that is, to a certified member of the Interlocking Directorate that, in the first place, is responsible for the problem.   This is akin to delivering more lethal germs to an area ravaged by epidemic.

Based on this discussion, the means to improve American education are apparent. Expressed in essential terms, we need to do three things:

The contrast between our alternative educational futures is stark: Phonics, academic training, and a nation of literate, knowledgeable citizens–or rejection of phonics, severely diluted academics, and a nation of semi-illiterate ignoramuses.

An edited version of this article was published in USA Today Magazine. Copyright 2019 Society for the Advancement of Education, Inc.