"We should measure welfare’s success by how many people leave welfare, not by how many are added." 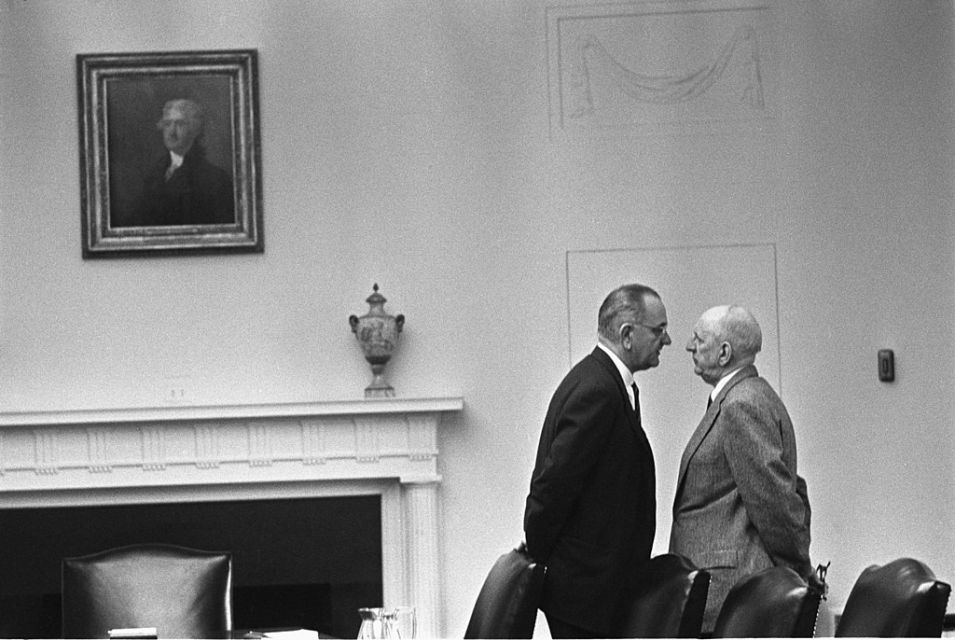 History will always remember President Lyndon Johnson for his escalation of the war in Vietnam, which turned into an unwinnable and tragic entanglement against a foe he did not understand. Sadly, with over fifty years of hindsight, one must judge Johnson’s War on Poverty in much the same way. Johnson tried to end poverty with the same aggressive centralized approach as he did in the war in Southeast Asia, and in both cases it led to stalemate and suffering. But while America managed to end its involvement in Vietnam in the 1970s, our efforts against poverty remain mired in old thinking and policies that fail those who most need help.

Society’s response to poverty, whether driven by government, private entities, or families, must have two broad goals. The first is a pure safety net, providing a basic level of sustenance. As we discussed in the first article in this series, U.S. welfare programs have met this goal with mixed results. Tragic but inevitable anecdotes of people slipping through the cracks notwithstanding, these programs allow those with the lowest incomes to get by. However, they do so with monumental inefficiency, by some measures spending nearly double what cash payments could accomplish.

The longer-term but loftier goal of aid to the poor is self sufficiency. This far more complex problem has bedeviled the welfare system ever since Johnson’s misguided declaration of war. The inefficient mess of our system today, with nearly one hundred programs, is the sum total of a never-ending stream of well-intentioned ideas from both the left and right intended to encourage behaviors imagined to lift one out of poverty. And for over fifty years, poverty hasn’t budged.

While safety-net programs “cut poverty” through cash transfers and benefits that lift families above the poverty line, they do not lift families to self-sufficiency. As President Ronald Reagan observed, “We should measure welfare’s success by how many people leave welfare, not by how many are added.”

The U.S. poverty rate since the 1960s, presented below, casts our welfare system by Reagan’s standard as an abject failure. Since the mid-1960s, when Johnson’s original programs came into effect, the poverty rate has by and large fluctuated between 10 and 15 percent largely according to business cycles.

These aggregate numbers mask many important details. Some have surely been raised from poverty to self-sufficiency, while others have fallen into poverty. As society and technology evolve, the consequences of living below the poverty line change. But in the broadest strokes, we are about as poor a nation as we were in the late 1960s.

On the surface Democrats and Republicans have engaged in a fierce decades-long battle over welfare, but looks can be deceiving. Both parties have simply applied their own language and identity politics to promulgate the same idea–that we need to tell low-income Americans how to live their lives.

Democrats painted a picture of an oppressive system that forced the poor to make bad choices, while Republicans tried to provoke outrage at the idea of welfare recipients gaming the system. In both cases the conclusion was similar.

Since Johnson, most U.S. presidents have enacted some type of welfare reform, and in almost all cases these new measures involved resources that were either targeted to specific goods or services or conditional on some behavior from the recipient. The table below provides selected bills passed during several administrations.

Each new measure attempted to oblige or incentivize behaviors that policymakers considered to be part of a prosperous lifestyle. Such behaviors include:

These categories represent positive behaviors likely correlated with living a prosperous lifestyle. But the stubborn inertia in our national poverty rate indicates that over five decades of attempting to use aid to the poor as a lever to induce these behaviors has led to taxpayer cost without benefit.

The U.S. government has achieved modest success in providing a safety net for its poorest citizens, but with far higher cost and lower efficiency than more streamlined systems like cash payments that would also be less paternalistic and condescending.

This is not to say that handing people checks is a cure for poverty. In the coming weeks we’ll look at smaller, private, and local initiatives that engage poorer Americans as individuals, providing help and building networks that only human relationships can foster. Continuing to grow such initiatives is critical, as our top-down system has reached a dead end.

About Max Gulker
Max Gulker is an economist and writer who joined AIER in 2015. His research often focuses on free markets and technology, including blockchain and cryptocurrencies, the sharing economy, and internet commerce. He is a frequent speaker at industry conferences, especially on blockchain technology. Max’s research and writing also touch on other economic topics, including governance, competition, and small businesses. Max holds a PhD in economics from Stanford University and a BA in economics from the University of Michigan. Prior to AIER, Max spent time in the private sector, consulting with large technology and financial firms on antitrust and other litigation. Follow @maxgAIER.

Abolish the Welfare State to Solve the National Debt Crisis

Why is it so difficult to win the case for freedom in modern American society? A variety of possible answers come to mind. The collectivists are more effective in appealing to people’s emotions. The interventionist-welfare-statist argument is easier to make than it is...