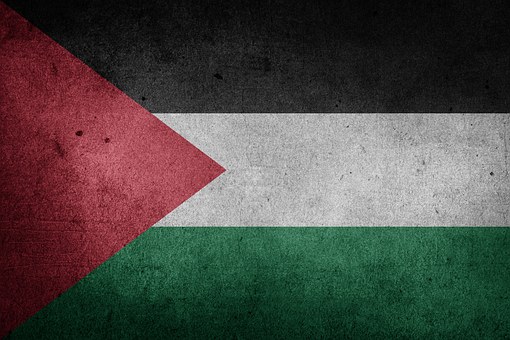 Q. In your book, What Justice Demands: America and the Israeli-Palestinian Conflict, you talk about both the Palestinian people and the Palestinian movement, which champions their cause. You emphasize that this ideological-political movement is distinct, and should be distinguished, from the people it claims to speaks for. Why do you stress the need to differentiate them?

A. Because it’s a crucial aspect of taking justice seriously. We need to disentangle the Palestinian movement from the wider Palestinian population, in significant part because many of them are victims of the movement.

Taking justice seriously means adopting an individualist, rather than a collectivist, perspective on the conflict and the adversaries in it. For the same reason, I’m at pains to note the various problems with thinking in terms of “Arabs” and “Jews”—terms that push us to view people not as individuals, but as somehow interchangeable members of collectives.

If we think of people in collectivized terms, we distance ourselves from the facts of the matter and cloud our thinking. Such a perspective elevates unchosen group membership while depreciating, if not erasing, the real, consequential differences among individuals stemming from their chosen outlook on the world, and their other individual choices. One danger of adopting a collectivized perspective is that it can lead you to assume that everyone within that group somehow thinks alike, and thus fail to evaluate them as individuals.

To make sense of the Israeli-Palestinian conflict, it’s vital to analyze the Palestinian movement, which came to prominence about fifty years ago, and to understand its relationship with the wider community of people who identify themselves as Palestinians. The ideological-political movement claims that it is avenging wrongs done to the Palestinian people, and that it speaks for them with one voice.

What I show in What Justice Demands: America and the Israeli-Palestinian Conflict, however, is that the movement seeks not to right wrongs but to inflict them. And it’s false that the movement speaks for everyone in that community. Which is another reason not to think of Palestinians in collective terms.

Many within the Palestinian community do embrace the movement’s ideological vision. Some of the evidence for that: Yasser Arafat, the longtime leader of the movement, was widely celebrated as a hero; opinion polls have demonstrated widespread support for the movement’s basic agenda. Further: some followers have volunteered to become suicide bombers, crowdsourced murderers, and human shields. Many more endorse, facilitate, and abet the movement’s violent attacks.

But not all of them do, nor was it always this way. Some of the Palestinian movement’s unrecognized victims are individuals living under its subjugation and indoctrination. Specifically, I mean those individuals (however few now remain) who genuinely want peace, justice, and freedom for themselves and everyone else—emphatically including Israelis.

It is vital in many contexts, therefore, to differentiate the Palestinian movement from the community it purports to speak for.