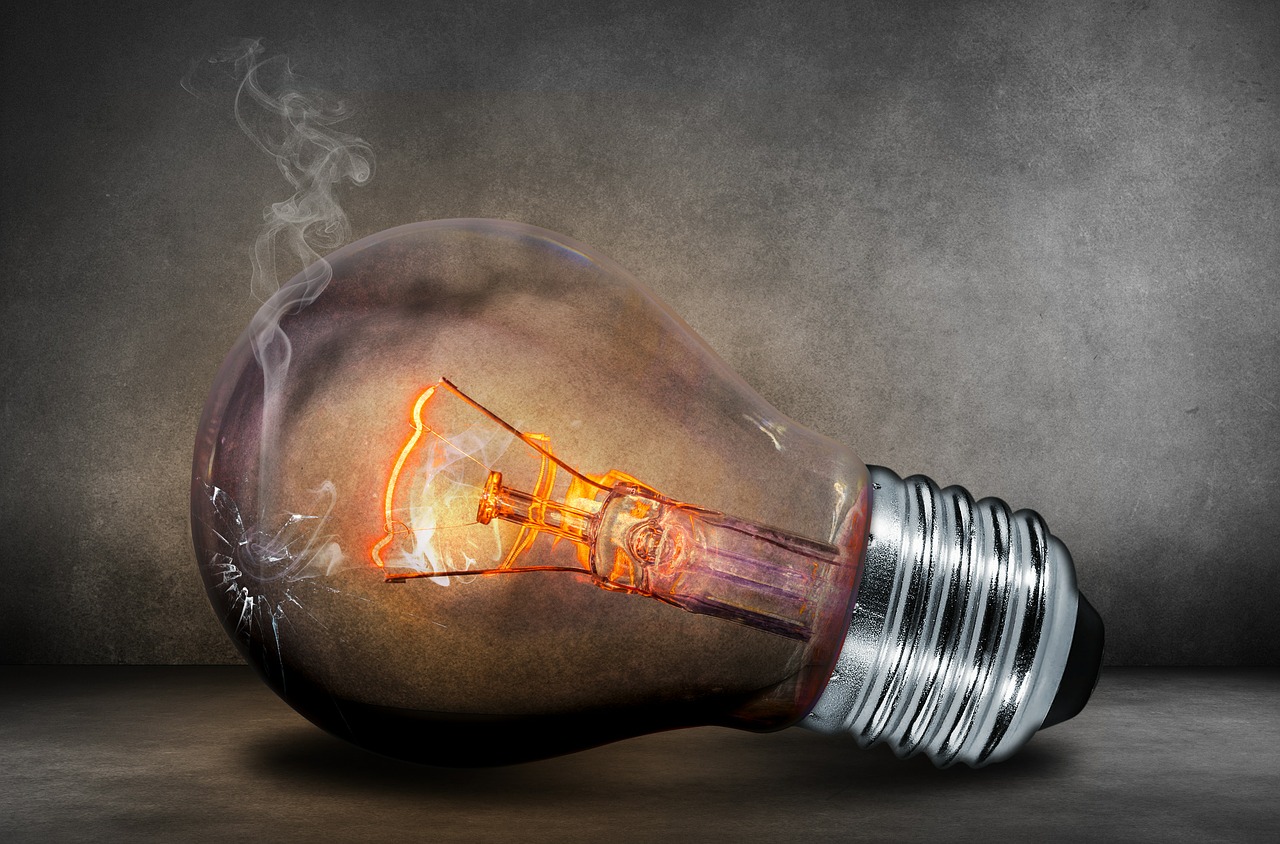 Pacific Gas & Electric (PG&E), the largest electric utility in California, which serves the northern part of the state, has just announced that Californians will likely experience 10 more years of intentional blackouts to prevent forest fires like the enormous Camp Fire last year that burned over 150,000 acres and destroyed the town of Paradise, California.

It was found that the Camp Fire was caused by faulty PG&E equipment, specifically unshielded high voltage electric lines that touched nearby trees, creating sparks that started the fire. The way to prevent such fires is obvious to electric utility officials. They must aggressively trim trees to prevent their contact with unshielded high voltage lines, or they must insulate the lines. Either solution is costly, but is regularly pursued by utilities in other states and regions where electric lines run through rural, wooded areas, such as upstate New York or rural Georgia.

But instead of doing this, PG&E is choosing to… cut service to millions of people, for days at a time, and to do this repeatedly, for at least the next 10 years, until it finds itself able to shore up its transmission system.

For an analogy, imagine a grocery store that has a problem with its freezers. Perhaps one weekend, when the store is closed, the (poorly maintained) freezer system fails, causing thousands of dollars of frozen foods to spoil, and denying its customers their normal frozen food options. But instead of fixing the freezer, the grocery store simply decides to wall off that section of the store. It decides that its “customers” don’t need frozen foods. It simply isn’t worth the bother of spending thousands of dollars to fix and properly maintain the freezer.

No grocery store would stay in business for very long if it pursued such an unprofitable strategy. Its competitors would keep their freezers open and the lazy and incompetent grocery store would lose its customers to them. Competition and the profit motive would actually deter any store from pursuing such a disastrous strategy and if they did, those same motives would propel its competitors to take away their customers.

But PG&E does not operate with the normal profit motive of other businesses. And it does not compete for its customers. In fact, it is illegal for anyone else to compete with PG&E in providing electric utility service in its “service territory.” PG&E, and nearly every other electric utility in the country, is a legal monopoly.

This is a map of the legal monopoly service territories that divide the country. Woe to a utility that tries to cross one of these boundaries and send electricity into a neighboring region. Let’s say that Pacific Power & Light (PP&L), which serves neighboring Oregon, and where the average cost of electricity is 10.66 cents/kilowatt-hour (kwh), wanted to make extra profits by sending some of its cheap power south into northern California, where the average cost of electricity is 19.03 cents/kilowatt-hour. From an engineering perspective, all it would have to do is build a rather inexpensive electric transmission line from Oregon into northern California. PP&L can even tout the greater safety of its transmission line than PG&E’s by advertising that its line will be insulated to prevent sparking and/or that it will maintain an aggressive tree-trimming program to prevent forest fires.

Californians would not only get cheaper electricity from Oregon, but it would be *safer* electricity that is less likely to spark fires.

But California cannot get the benefit of that superior and cheaper Oregon power because it is *illegal* for Oregon to send it across the state border into California.

This is protectionism of the highest order. Essentially, all competition from neighboring utilities that might be able to offer cheaper and superior service, or from new technologies such as independent generators and microgrids, is illegal. PP&L could never get permission to build its transmission line and if somehow it did so surreptitiously, its executives would probably go to jail.

How did we get here? Well, I address that question in another article I wrote. That article is a readable, full survey of the history of the electric grid. It explains why it became regulated in this monopoly-franchise manner (it originally started out as a wildly competitive industry), and it discusses the consequences of that regulation. The article is the fruit of my nearly 15 years of experience as a stock market analyst and investor specializing in electric and natural gas utility stocks.

But I could not have predicted in my article that an electric utility would fall to the level of PG&E, where it chooses to stop supplying its product to its customers, rather than take the steps to reliably and safely supply it to them.

Consider that Californians already pay some of the highest electric rates in the country. This is also a result of the monopoly status of its utilities. When the utilities ran up excess costs it could simply pass them on dollar-for-dollar to its captive monopoly “customers.” Sometimes those excess costs were its fault, but usually it was the result of some regulation that forced extra costs onto the utility, which then passed it on to its customers. The regulators also “benefit” from the monopoly status of the utilities they regulate because they can “try out” expensive “flights of fancy” projects such as making the utilities install extremely expensive “green power.” It is of little consequence to the utility because it just passes the costs on to its customers, who have no choice but to pay the bill for these failed experiments.

But here’s the rub. There can be no doubt that Californians are already paying electric rates that are so high that a competitive electric utility, if it were unencumbered with these costly regulations, could undoubtedly supply cheaper and much safer electricity over well-maintained transmission lines that don’t spark fires to trees. We know this is true because it is already done elsewhere in the country, where utilities are run somewhat more efficiently, even though they are also regulated monopolies.

Here is one more map. If we look at this map, we can visually ascertain the absurdity of these monopoly regulations. California pays nearly twice the electric rates of adjacent Oregon. New Yorkers pay nearly 50% more for electricity than adjacent Pennsylvania. These disparities are also present within states across the country.

These illogical rate disparities are generally not due to differences in the cost of providing electric service. Rather, they reflect monopoly regulation and the building-in of extra costs in the electric rates of the less efficiently run (or poorly regulated) utilities. These are costs that the unfortunate captive customers in these regions have no choice but to pay.

We are all those unfortunate captive customers. Even if our electric rates are at the low end of the range, they are still undoubtedly too high and would be cheaper (and more reliable) in a competitive electric utility industry.

It is time to liberate electric utility customers and bring innovation back to the once innovative electric utility industry that was pioneered by great inventors and businessmen such as Thomas Edison, Nikola Tesla, and George Westinghouse. Competition and the profit motive will encourage competing utilities to criss-cross the country with a more robust transmission grid, providing safer and cheaper electricity to all.

Free the grid. Blackouts are not the answer.

SHARE
Raymond C. Niles
Raymond C. Niles is a Senior Fellow the American Institute for Economic Research. He holds a Ph.D. in Economics from George Mason University and an MBA in Finance & Economics from the Leonard N. Stern School of Business at New York University. Prior to embarking on his academic career, Niles worked for more than 15 years on Wall Street as a senior equity research analyst at Citigroup, Schroders, and Goldman Sachs, and as managing partner of a hedge fund investing in energy securities. Niles has published a book chapter and numerous articles in scholarly and popular publications.