Seasteads could give the world experimental evidence that can't easily be censored by land-based politicians. 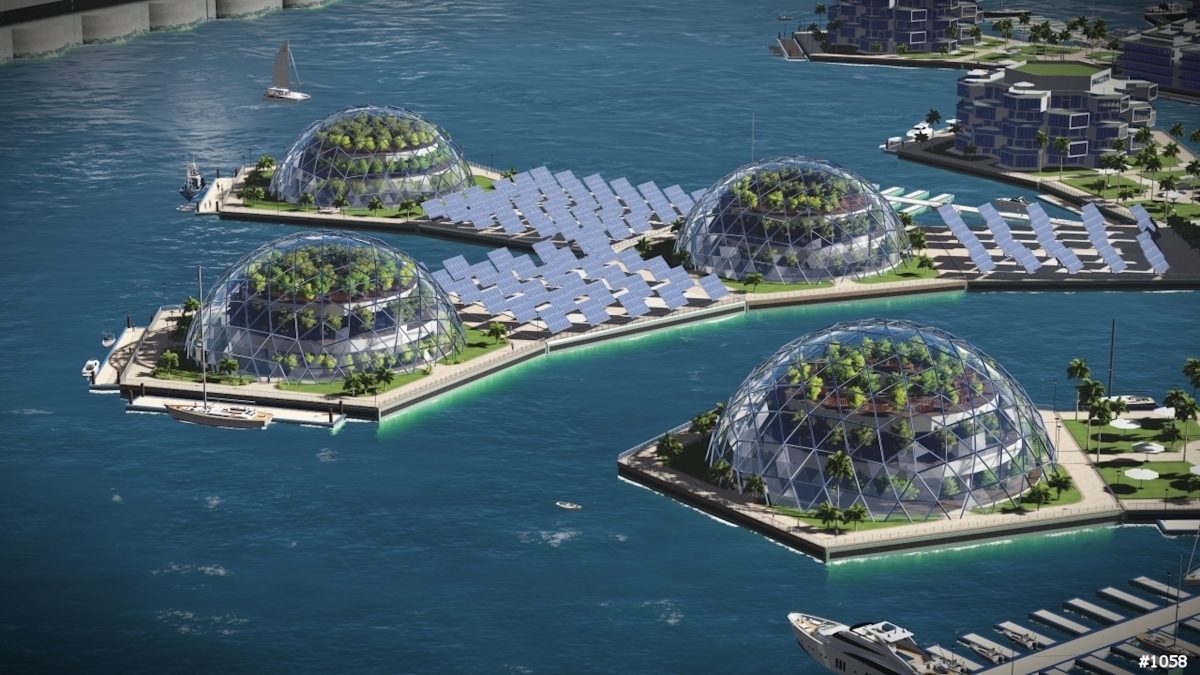 When political arguments aren’t getting you anywhere, what can you do?

Start your own country!

Unfortunately, most of the world’s land is controlled by rapacious governments unwilling to let others experiment.

But fortunately, that still leaves oceans.

If people move 12 miles offshore (or 24 miles in the case of the U.S.), they can, in theory, live free from existing governments’ suffocating rules. People then could try new things — find better forms of government.

This year, Chad Elwartowski and Nadia Summergirl set up a small seastead 13 miles off the coast of Thailand.

“We’re looking forward to freedom-loving people to come join us out in the open ocean,” says Chad.

Unfortunately, the Thai government wasn’t happy about it. More on what happened to Chad and Nadia’s seastead, below.

“We need a new place to experiment with new rules appropriate for modern technologies,” says Joe Quirk, who runs the Seasteading Institute. “As long as people create seasteads voluntarily and people can quit them voluntarily, you’ll have a market of competing governance providers.”

The seasteading approach avoids people trying to agree on a single set of laws.

I pushed back when I interviewed him, saying some people might use lawless seasteads to do things like abuse heroin — or kids.

“We have that in our country right now,” said Quirk. “But if I move 12 miles offshore, I’m going to be so incentivized to set a better example because the world’s eyes are on me. I’ve got to convince investors to invest … convince people to move there … (I)n such an environment, it’s going to be much more difficult to create evil islands of heroin-shooting than to create positive innovations that improve people’s lives.”

Quirk argues that the world already likes a form of seastead: cruise ships.

“Most cruise ships fly the flag of, say, Panama or Liberia, and they’re de facto self-governing. Liberia has no capacity to enforce rules on the 3,000 ships that fly its flag. So a captain is a de facto dictator. Why doesn’t he become a tyrant? Because people can choose another cruise line.”

Quirk tells them: “We’ll bring our own land; we’ll float just offshore. If it succeeds, we share the prosperity. If it fails, we absorb the cost.”

There are historical parallels. Minds were opened in mainland China when the tiny island of Hong Kong showed that having fewer regulations could bring prosperity.

Special economic zones are similar to seasteads because they have fewer rules.

“At least a half-billion Chinese people have exited extreme poverty by moving to these new jurisdictions,” recounts Quirk.

Unfortunately, the Chinese government did not expand such experiments to the whole country. People in power rarely want to give it up.

Seasteads could give the world experimental evidence that can’t easily be censored by land-based politicians. Chad and Nadia hoped their seastead would be the first of many.

“They thought nobody would care,” says Quirk.

They were wrong. Although they were more than 12 miles off the coast, Thailand’s politicians sent their navy to tow away the couple’s small floating island. Chad and Nadia got nervous when they saw a reconnaissance plane overhead and left their seastead just before the navy raided it. Now they are in hiding. If caught and tried in Thailand, they were told they might face the death penalty for violating Thai sovereignty.

But good for Chad and Nadia for trying.

“It’s irresponsible not to improve society by setting better examples,” says Quirk. “People with the best ideas should be given an opportunity to do that voluntarily and pay the consequences of their failures … and get the profits if they succeed.”