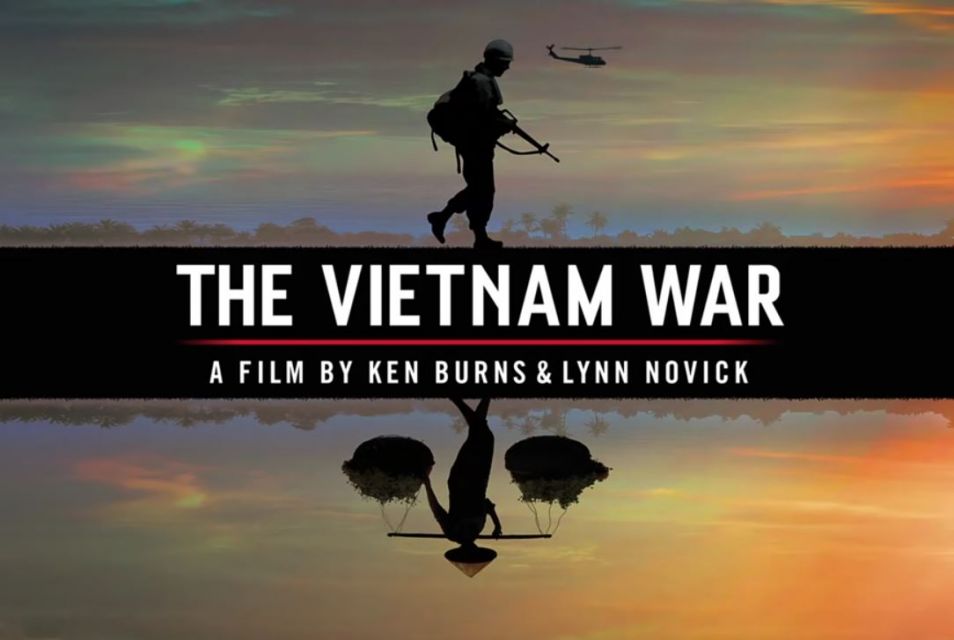 Written by Geoffrey C. Ward and directed by Ken Burns and Lynn Novick, with key military guidance from certain war intellectuals and participants, this is a generally honest account of a terrible, impossible war. Each episode, produced by Florentine Films for public television and presented without commercial interruption, is approximately 90 minutes.

This war and program deserve a long, deep and detailed analysis, especially in an increasingly anti-intellectual culture in which the individual, the press and the government give asinine topics their attention at the expense of topics that matter. Going to war without purpose and for the sake of helping others — and the lives of men who are forced to wage war — matters very much to one’s daily life.

This excerpt from my article reviews the program’s 10th and final episode.

To understand the Vietnam War, watch this series and episode. It covers essential facts from the date the last troops leave Vietnam, March 29, 1973, to the same date two years later when South Vietnam’s second largest city, Da Nang, falls to Communists. You will learn about the country where tens of thousands of Americans had been killed, tortured and wounded and glimpse history as Vietnam begins to fall under dictatorship. For this alone, the final episode ought to be seen.

Much of this comes as an afterword. President Nixon welcomes POWs at the White House. There goes John McCain in footage from May 24, 1973, limping in his naval uniform to the ceremony at the White House. Watch interviews with some of the few hundred United States Marines posted to guard American consulates and the embassy in Saigon. See the photograph of a man upside down flying through the air for a snapshot of the deadly frenzy that took place in South Vietnam’s final months. Contemplate the 2.5 million American troops who served in the Vietnam War. 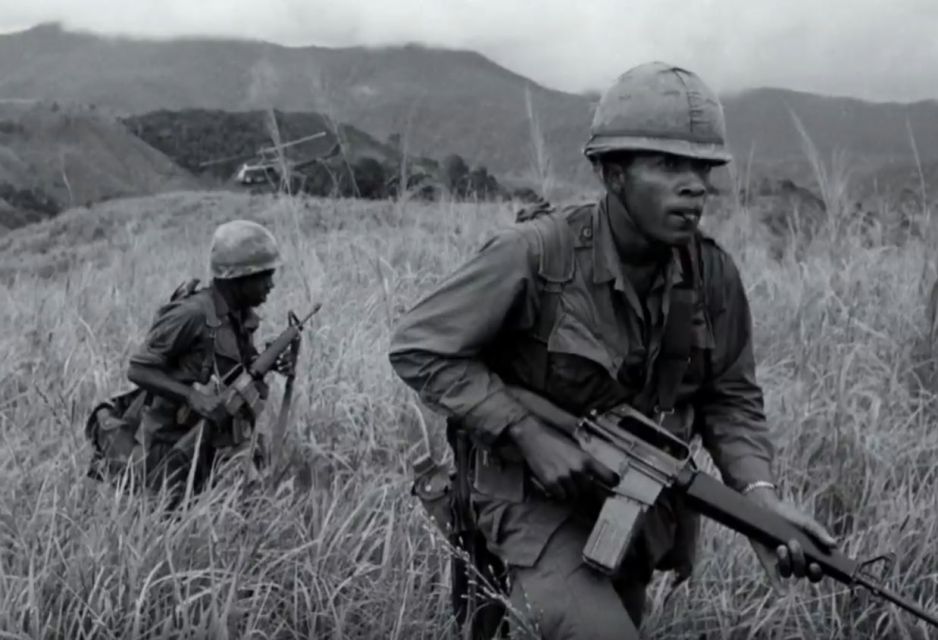 South Vietnam attempted to reclaim itself with an army that had been unsuccessful in eradicating South Vietnam of its enemies even with the help of 600,000 American troops. When U.S. war funds halted on August 15, 1973, and supplies, spare parts and ammunition ceased, conditions in South Vietnam quickly deteriorated.

“Defeat was inevitable,” someone recalls. “Da Nang was not captured,” an American reporter remembered, “it disintegrated in its own terror.“
Remembers one who is South Vietnamese in words that ought to be taken seriously: “You have to lose a nation to feel that humiliation.” On April 27, 1975, rockets were landing in the heart of Saigon. Finally, at 7:53 AM on April 30, 1975, the last helicopter lifted off the U.S. embassy roof in Saigon with the United States Marines who had remained. Master Sergeant Juan Valdez was the last American to climb aboard.

Darkness fell. Mass executions, torture and worse followed. South Vietnam soon ceased to exist. The Americans and their press, cameras and attention were gone. Then, came the Communists’ re-education camps.
“Some believed they were going for a short time,” one South Vietnamese man remembers. With a deep sense of weary knowing and bitterness, he adds: “But not me.”

He goes on: “I was detained in a re-education camp for 17 and a half years. I was among the last 100 people to be released.” Today, one Communist North Vietnamese man admits, “the nation is more divided than ever.”

After the fall of Saigon, Le Duan sought to make Vietnam “an impregnable outpost of the socialist system”. Capitalism was abolished. Inflation rose 700 percent a year. People starved. Some 400,000 of the boat people made it to the United States and settled in America, many in Orange County and other areas of Southern California. Many among the boat people died. Refugees often drowned. 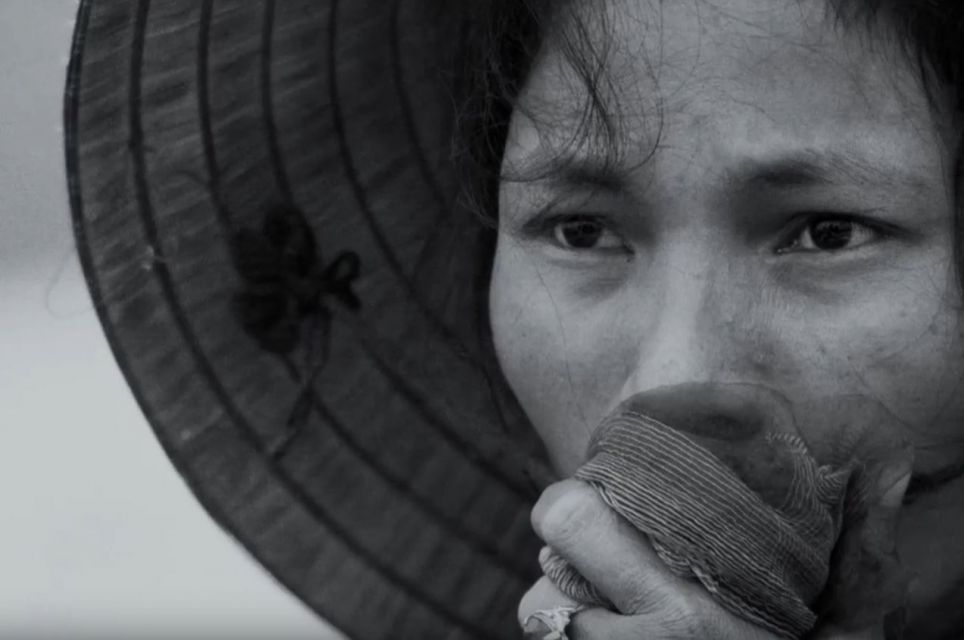 The Vietnam War leaves the ensuing mayhem, disorder and panic to one’s imagination. You can almost hear the screams. You may be haunted by the faces of those left behind.

What was ahead for departing Americans? What used to be called combat fatigue, now known as post-traumatic stress disorder (PTSD). One Vietnam War veteran, Jan Scruggs, created a private charity in 1981 called the Vietnam War Memorial Fund.

His charity earned more than $8 million from voluntary, private gifts or donations from 650,000 Americans who sought to have a memorial. Though writer Tom Wolfe commented that he thought the memorial was a tribute to Jane Fonda, most of those interviewed who visit the two black walls of granite embedded into the ground in Washington, DC, are left sobbing, relieved or more understanding of the war in Vietnam. One antiwar radical apologizes to the Vietnam War veteran.

Major Kushner, whose valiant resistance to the enemy’s monstrosity is chronicled in earlier episodes, gets a postscript, too. The doctor remarried and became an ophthalmologist in Florida. The series closes with the Beatles song, “Let It Be”, which fits the documentary’s somber tone.

Despite the incompleteness, The Vietnam War skillfully reports part of an American experience that sheds light on a long war we lost through which America continues to divide, remain ignorant, lose confidence and evade reality. Over 40 years after Saigon fell, with innocents “yearning to breathe free” clinging to U.S. helicopters, Americans remain mired in unwinnable wars that never end.

America still sacrifices thousands of Americans. We remain plagued by doubt, shame and guilt. Ho Chi Minh’s political philosophy is taking root here, too, with nationalism, collectivism and socialism on the rise.

The Vietnam War does not document why we lost the Vietnam War. The series capably reports only that we withdrew from the mid-century war with everything less than victory. These ten parts are a shocking testimony which proves the hard and bleak truth that waging aimless war for the sake of others makes Americans stop wanting to win.

Read the full review of all ten episodes by Scott Holleran.