The Capitalist Achievement and Music: How The Free Market Helps Us Live Like Kings

The capitalist achievement is progressive downward diffusion of things the rich and privileged take for granted that so many others couldn’t dream of. 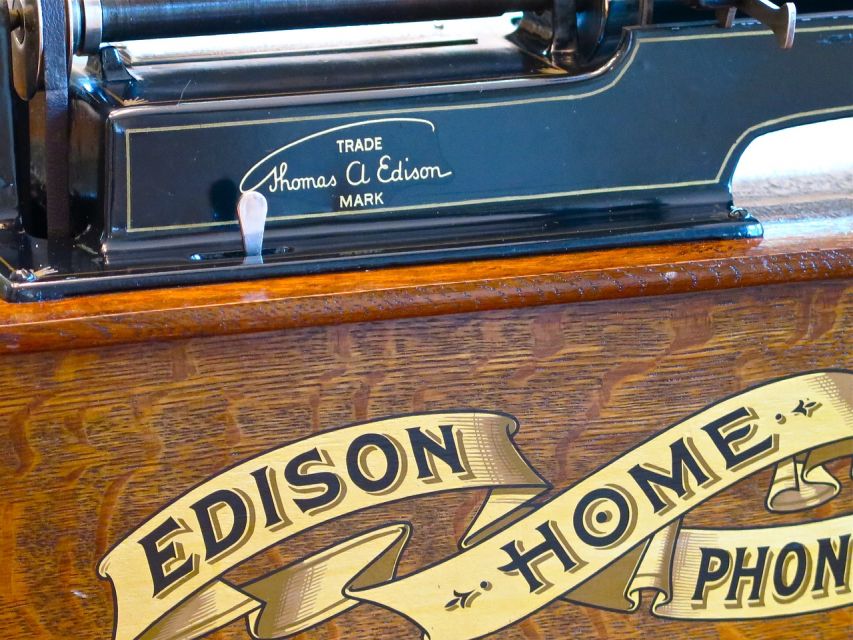 At a time when people are enraged because the golden-egg-laying capitalist goose doesn’t distribute the eggs in a way they find beautiful, it’s worth stepping back and considering just what liberal, capitalist, in-it-for-the-money, free market societies have done, and for whose benefit.

An authentic, hundred-year-old Edison phonograph is one of the most unique treasures in the Stone House here at the American Institute for Economic Research, where my family and I have been in residence for about a week and a half. My kids enjoyed turning the hand crank that got the phonograph going and dancing around the room to the old music. I enjoyed dancing with them and thinking about the absolutely radical break with the past and the radical democratization of music the Edison phonograph represented.

It illustrates what the economist Joseph Schumpeter calls “the capitalist achievement” in his classic Capitalism, Socialism, and Democracy:

There are no doubt some things available to the modern workman that Louis XIV himself would have been delighted to have yet was unable to have — modern dentistry for instance. On the whole, however, a budget on that level had little that really mattered to gain from capitalist achievement. Even speed of traveling may be assumed to have been a minor consideration for so very dignified a gentleman. Electric lighting is no great boon to anyone who has money enough to buy a sufficient number of candles and to pay servants to attend to them. It is the cheap cloth, the cheap cotton and rayon fabric, boots, motorcars, and so on that are the typical achievements of capitalist production, and not as a rule improvements that would mean much to the rich man. Queen Elizabeth owned silk stockings. The capitalist achievement does not typically consist in providing more silk stockings for queens but in bringing them within the reach of factory girls in return for steadily decreasing amounts of effort.

Or in the musical context, the capitalist achievement consists not of softer seats at the opera for the king and queen but access to a practically infinite library for pennies a day.

If you were a king or a noble or an aristocrat living on land rents or a Rockefeller or Carnegie, you could’ve hired your own private orchestra when you wanted to hear music or brought in the world’s greatest comedian for a private performance when you wanted a laugh. The invention and diffusion of recorded music was revolutionary for people of more modest means who would have had to make music themselves or do without. The phonograph opened a new world to people who could listen to music of just about any kind from the comfort of their own home.

The capitalist achievement is progressive downward diffusion of things the rich and privileged take for granted that so many others couldn’t dream of. Think about the iPod. When it was first introduced, “a thousand songs in your pocket” seemed impossible. Now it seems quaint. I bought my first iPod in 2007 and thought it would go down as the iconic gizmo of the early 21st century. After all, I could carry around thousands and thousands of songs and download videos (like TED Talks, with which I quickly became enamored) just by connecting it to my laptop. I was wrong about the iPod, though, as it was quickly superseded by the smartphone. Now I simply take it for granted that everyone is carrying a pocket communicator/encyclopedia/camera/music player/video player/you name it. It doesn’t slice or dice, unfortunately, but since you can use it to order a meal and have it delivered within minutes with a few flicks of your thumb, you really don’t need it to.

The world is super-saturated with opportunities to listen to music and watch movies. A few hundred years ago, I would have had to be a king or queen with an orchestra charged with keeping me and my friends entertained. More recently I would have had to learn how to play a piano. The Edison phonograph and the innovations that followed shortly after it made it a lot easier for anyone to listen to just about any kind of music from the comfort of their own home. Now, all I need to do is tell my phone to play “Old Town Road” and it happens. It’s yet another way the free market helps us live like kings.

Naturally, nothing good comes along without an interest group to oppose it. Recorded music was no different. Calestous Juma devotes a chapter of his excellent book Innovation and Its Enemies to people’s opposition to recorded music. It would take the jobs of live musicians, of course, and there is an interesting legal and philosophical question about the right to use and re-use a recording of someone else’s artwork. The fear that recorded music would kill live music turned out to be overblown, though. As Gill A. Pratt points out, “No one proudly wears T-shirts declaring when they listened to a recorded song.” Recorded music can be a gateway to live music like one might hear at Tanglewood.

At a time when people are enraged because the golden-egg-laying capitalist goose doesn’t distribute the eggs in a way they find beautiful, it’s worth stepping back and considering just what liberal, capitalist, in-it-for-the-money, free market societies have done, and for whose benefit.

The Edison phonograph helped make Thomas Edison a household name. iTunes and the iPod and the iPhone made Steve Jobs a legend. Amazon has made Jeff Bezos the richest man in the world. The biggest winners from the market’s perennial gales of creative destruction haven’t been Edison, Jobs, and Bezos. They’ve been ordinary people like you and me who can simply tell Siri or Alexa or Google what you want to hear, and then hear it.

A big deal for royalty? Not really. Life-changing for the rest of us? You bet.