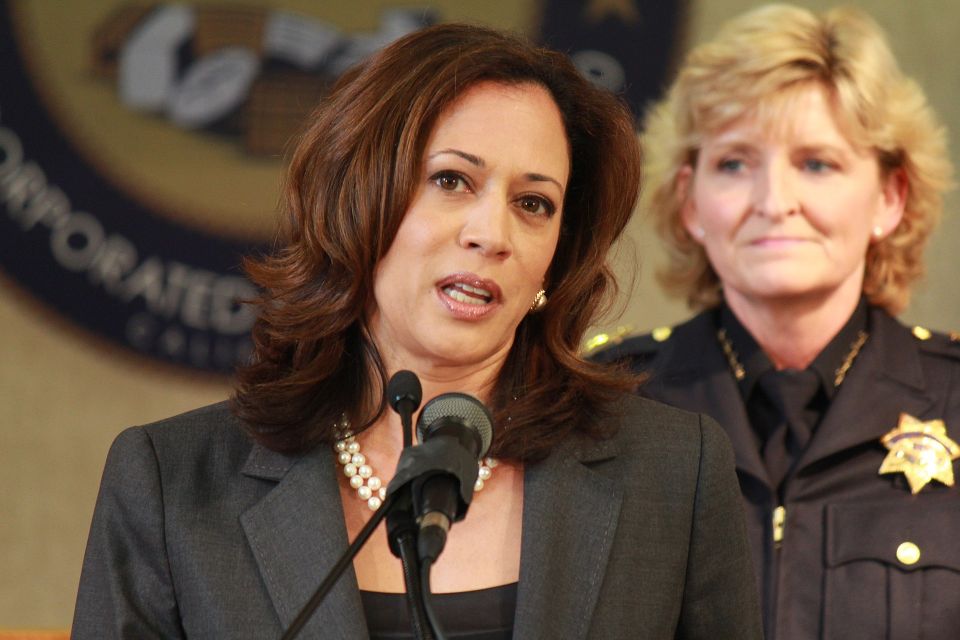 While Trump’s $267 billion is bad, the Democrats’ plans are worse. We counted $297 billion proposed by Biden, $690 billion from Buttigieg, $3.8 trillion from Warren, $4 trillion from Sanders and $4.3 trillion from Harris. That would double what the entire federal government spends now.

Never before have presidential candidates offered voters so much “free” stuff.

Elizabeth Warren says, “We need to go tenfold in our research and development in green energy.”

No one has tracked the cost of all of the promises. So my video team did!

Who will spend the most?

Here are the new spending proposals from the five most popular (according to ElectionBettingOdds.com) candidates.

In my latest video, we break it down by category, education spending first:

That’s a lot, but much less than what Kamala Harris would spend.

Pete Buttigieg rarely says what his proposals would cost, but he at least seems to want to spend less than Harris.

He touts “free college for low- and middle-income students” and would give teachers more money. Assuming his plan is like Harris’, that brings his education total to $87 billion.

Elizabeth Warren would spend much more.

“You’ll be debt-free!” she tells students. Taxpayers, unfortunately, will be deeper in debt, since she would “forgive” most existing student debt and make public college tuition free ($125 billion).

These big-ticket items put her in first place so far.

But wait! Bernie Sanders would spend even more.

I assumed the self-described socialist would be the biggest spender, but he’s got lots of competition! Let’s look at health care spending.

Harris, Sanders and Warren all propose “Medicare for All,” including for people here illegally.

Sanders goes further, saying, “Under our plan, people go to any doctor they want.” He admits it will cost between $3 trillion and $4 trillion per year, about what the government now spends on (SET ITAL)everything(END ITAL). How will he pay for that? Well, somehow the rich will pay. Or Martians. Somebody.

Sanders, Harris and Warren all said they’d ban private health insurance — although Harris now says she’d let private companies sell “Medicare plans” that “adhere to strict Medicare requirements on costs and benefits.” She also claims her “Medicare for All” will be cheaper than Sanders’ version, but as of now there is no independently calculated cost.

When it comes to the environment, all Democratic candidates but Biden say they support the Green New Deal, which Republicans say would cost $93 trillion. For our ranking, I went with the lowest estimate we could find: An economist who likes the idea says it will cost around $500 billion a year.

Welfare? Harris would increase benefits and have the government pay your rent if it’s over 30% of your income ($94 billion), and Friday she offered $75 billion to black colleges and minority entrepreneurs.

Sanders would increase food stamps for kids ($10.8 billion), boost Social Security benefits ($19 billion) and guarantee everyone a government job ($158 billion), for a total of $187.8 billion.

President Donald Trump, who says America will never be a socialist country, hasn’t been a responsible spender either.

Since he took office, spending increased about $500 billion per year. Trump did propose some cuts, but when Congress ignored his cuts and increased spending, he signed the bills anyway.

Now he says he’d spend even more: $200 billion a year for infrastructure, $8.6 billion for the border wall construction, $1.6 billion for more NASA funding and on and on, for a total of $267 billion.

While Trump’s $267 billion is bad, the Democrats’ plans are worse. We counted $297 billion proposed by Biden, $690 billion from Buttigieg, $3.8 trillion from Warren, $4 trillion from Sanders and $4.3 trillion from Harris. That would double what the entire federal government spends now.